More than three years have passed since best-selling guidebook publisher Frommer’s deemed Richmond a top destination for global travelers, saying “while you weren’t looking, Richmond got cool.” Since then, our coolness and tourism appeal have only grown, as the city increases its reputation as an artsy, mural-bedecked hotbed of great restaurants, craft breweries, nightspots and museums, not to mention historical sites and river recreation.

Travelers come for a variety of reasons, including amateur sports tournaments, doing business with one of Richmond’s eight Fortune 500 companies or just enjoying the city’s Southern charms. And Richmond’s lodging industry revenues reflect that, growing steadily from $310 million in 2015 to $345.9 million in 2017. More than 7 million visitors spend $2.2 billion in the region annually, Berry notes.

Meanwhile, Time magazine reported this summer that Richmond is home to the second-fastest growing population of millennials ages 25 to 34 in the nation — just behind Hampton Roads.

“Companies who bring their businesses here from other areas cite our easy access to East Coast markets, qualified regional work force and quality of life for their employees,” says Angela Kelly-Wiacek, chairwoman of the Hanover County Board of Supervisors and the Greater Richmond Partnership board of directors.

Richmond’s central East Coast location along interstates 64 and 95 and our shipping infrastructure are also boons for attracting logistics businesses, another fast-growing sector in the region, says Gregory H. Wingfield, a senior fellow with Virginia Commonwealth University’s L. Douglas Wilder School of Government and Public Affairs and former president and chief executive of the Greater Richmond Partnership.

Amazon announced plans this summer to expand its regional operations with a new distribution center in Hanover and a warehouse in Henrico in addition to its existing fulfillment centers in Chesterfield and Dinwiddie counties. Meanwhile, California-based Panattoni Development Co. is building a new, 1-million-square-foot distribution center adjacent to the Richmond Marine Terminal that will offer “a lot of added capacity for new, high-bay warehouse facilities,” Wingfield says.

Richmond’s economy is a “very healthy mix [of industries] right now,” he says, and our relatively new status as a tourist destination helps showcase the region for economic development.

“We’re on all the right lists for the restaurants and music scene and so on,” he says. “There’s a lot of people who are viewing Richmond kind of like they did Charleston maybe 10 years ago.” 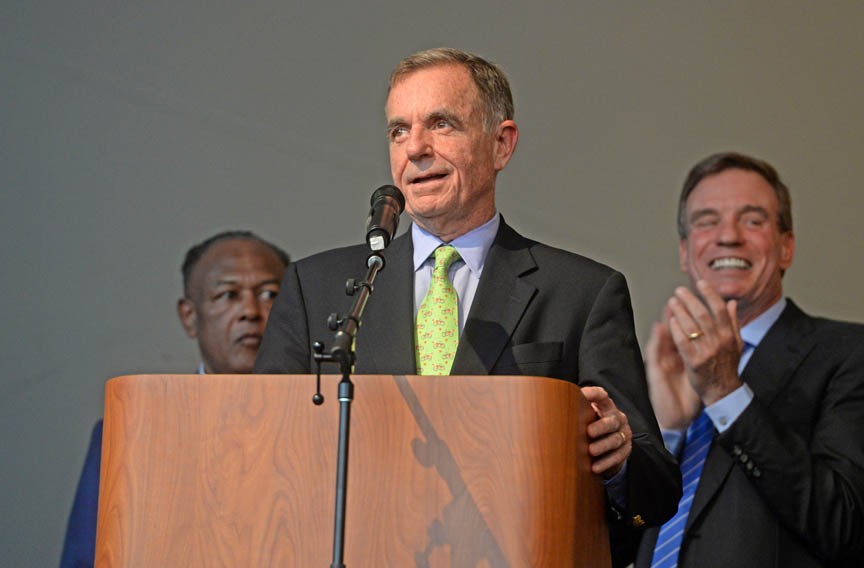 Tom Farrell sparked a brief firestorm in July when, as chairman of the search committee for a new city school superintendent, he exhorted members to keep job candidates secret from School Board members. As controversies go, the kerfuffle probably didn’t slow down the busy executive, who is focused on far larger battles at the helm of his publicly traded Fortune 500 company, which re-branded itself as Dominion Energy this year. Operating in 18 states, the electrical and natural gas utility employs 16,200 people and brings in $11.4 billion in annual revenues. Chief on Farrell’s radar is the contentious $5 billion, 600-mile Atlantic Coast Pipeline, which is close to receiving federal approval, despite protests from environmental groups. There’s also the matter of growing opposition to Dominion Energy’s plan to construct a $19.3 billion nuclear reactor that could raise residential electric bills by as much as 25 percent. If anyone has the clout to get that green-lighted, it’s Farrell, whose company made more than $1 million in statewide political donations and $26.6 million in charitable contributions last year. Also on Farrell’s plate: overseeing the construction of Dominion Energy’s new, 20-story downtown corporate headquarters, which will be Richmond’s second-tallest building, spearheading an effort to replace the aging Richmond Coliseum and leading a nonprofit coalition supporting the state government’s new Go Virginia economic development initiative, for which he also serves as a governing board member. 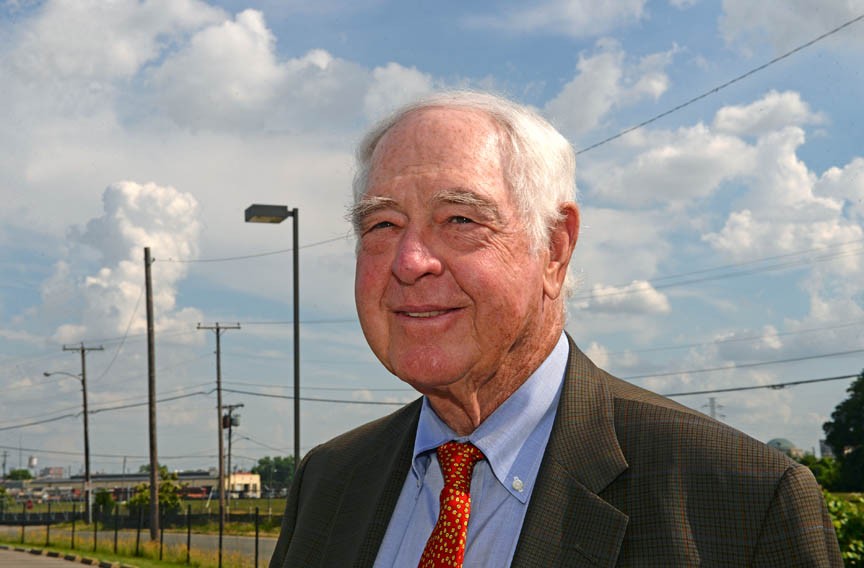 While we can’t exactly peek at his bank account, it’s long been rumored Bill Goodwin is the metro area’s lone billionaire. Regardless, Goodwin wields enormous behind-the-scenes clout as a respected businessman and noted philanthropist. He currently leads Go Virginia’s newly-created, 25-member Richmond regional council, which will recommend state-funded grants for local economic development collaborations between business, higher education and government. The council’s roster also includes fellow Power List members Michael Rao and Richard Cullen. Goodwin recently stepped down from the University of Virginia’s board of visitors after serving two years as rector, a position formerly held by Dominion Energy’s Tom Farrell, with whom Goodwin is currently serving on the search committee for a new Richmond school superintendent. Goodwin and his wife, Alice, have donated in more than $140 million to education and cancer research, including $40 million in donations to Virginia Commonwealth University. In the last couple years they’ve pledged to donate $150 million in seed money for an independent Richmond children’s hospital, though that effort appears stalled for now. Goodwin’s holdings include Richmond’s historic Jefferson Hotel, the Hermitage Hotel in Nashville, Tennessee, a Kiawah Island, South Carolina, luxury golf resort and the Sea Pines Resort in Hilton Head, South Carolina. 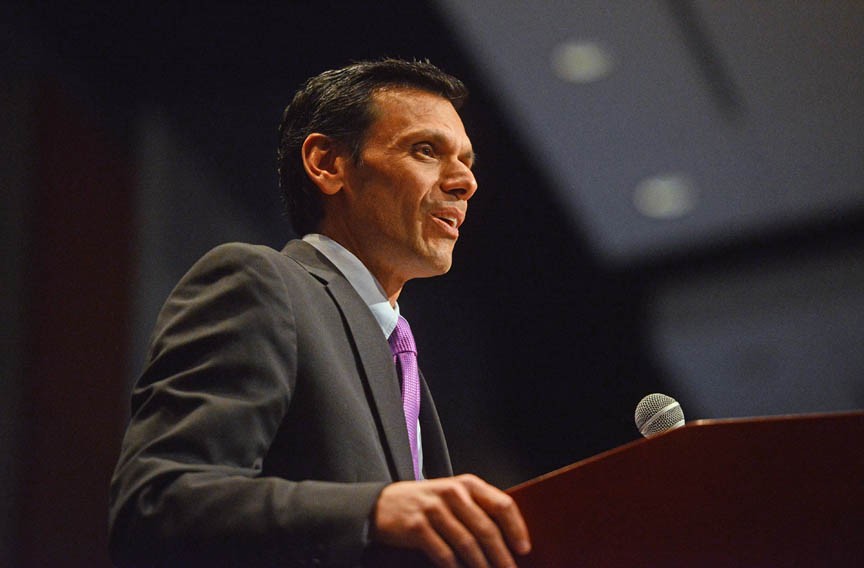 In the immediate aftermath of the tragic violence in Charlottesville, Virginia Commonwealth University’s president, Michael Rao, issued a statement condemning the violence and strongly denouncing “racism, anti-Semitism and bigotry.” That’s par for the course for Rao, who has worked in recent years to improve diversity and inclusion at the university. Like predecessor Eugene Trani, Rao is also a man with a big-picture vision for the university’s future — and its physical footprint. VCU is the city’s largest employer, with its academic campus and Health System accounting for more than 21,500 regional workers. And pulling down a $900,000-plus yearly salary, Rao tops the list of highest-paid state employees. It’s not difficult to argue that he earns it, though: A report released by the university earlier this year found that the behemoth generates a staggering $6 billion in annual economic impact statewide, including $1.5 billion within the Richmond region. Last year Rao launched the public phase of the largest fundraising campaign in the university’s history — he’s raised $439.7 million of its record-setting $750 million goal. And Rao will have new accomplishments to trumpet in 2018 as the university opens its long-awaited $41 million Institute for Contemporary Art as well as the redeveloped Gladding Residence Center, which is being constructed via an innovative, $100 million partnership with a Texas-based developer and manager of student housing communities. 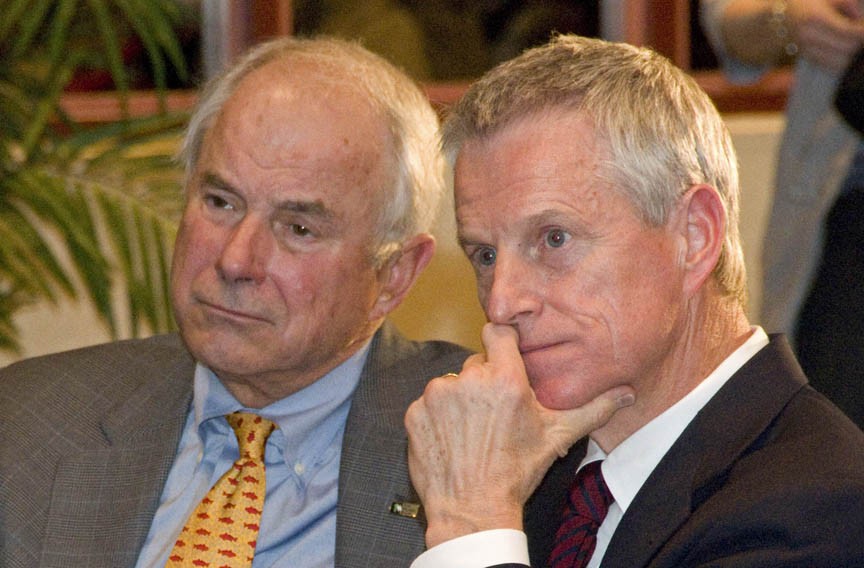 Ukrop’s Super Markets may have closed seven years ago but the Ukrop brothers are still very present forces in their hometown, where they have long been influential civic and business leaders. Jim Ukrop is serving on the Richmond school superintendent search committee with Farrell and Goodwin, but these days he’s mostly focused on New Richmond Ventures, the venture capital company he co-founded six years ago to invest in promising businesses primarily based in Richmond and Virginia. It has invested $54 million in companies including Evatran, a local manufacturer of wireless charging stations for electric vehicles. This May it launched its $33 million Early Stage Growth Fund, which has invested in high-growth companies such as Richmond-based energy bar maker Health Warrior. Jim Ukrop is also a co-owner of downtown’s popular Quirk Hotel, which is run by his son Ted and daughter-in-law Katie. Jim’s brother, Bobby, meanwhile, continues the family legacy at the helm of Ukrop’s Homestyle Foods, which now sells its beloved bakery goods and prepared foods in more than 1,500 grocery stores in 31 states. A co-founder of Sports Backers, Bobby Ukrop is also a major supporter of nonprofit SwimRVA, which runs the Collegiate School Aquatics Center in Chesterfield County. 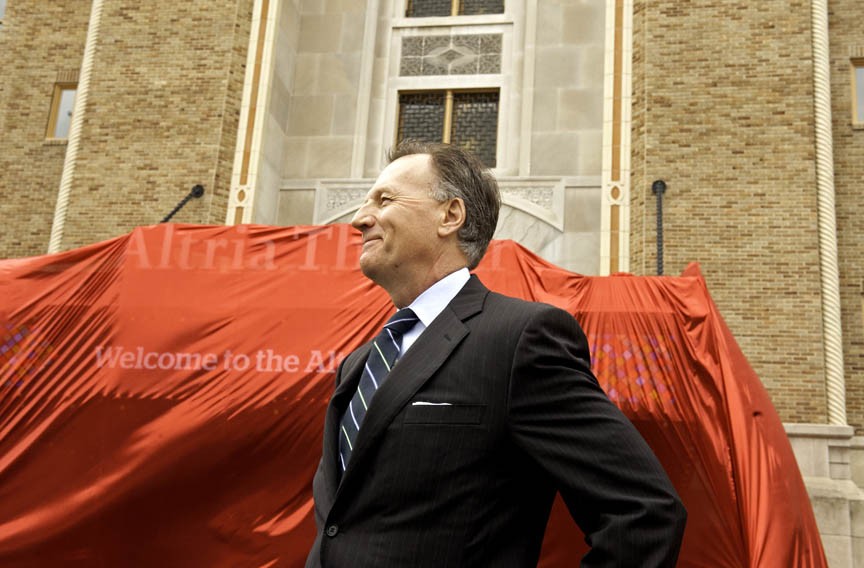 These are eventful times for Marty Barrington, chief executive of Henrico County-based Altria, the region’s top-ranked Fortune 500 company and parent company of leading U.S. cigarette manufacturer Philip Morris USA. In June Altria purchased its corporate headquarters from the University of Richmond for $20.8 million, signaling a long-term commitment to remain in the Richmond area. Meanwhile, financial analysts say it’s extremely likely that Altria, which employs 3,800 area workers, may be acquired within the next year by Switzerland-based Philip Morris International, which Altria spun off in 2008. As of now, no one is saying what impact, if any, the merger would have on Altria’s local operations. A supporter of the arts, Barrington was instrumental in the company’s naming the former Landmark Theater. He serves on the boards of the Virginia Museum of Fine Arts and the Richmond Performing Arts Center and serves as chairman of the educational nonprofit NextUp RVA.

Henrico County-based specialty insurer Markel Corp. cracked the Fortune 500 for the first time last year, bringing in $5.4 billion in net revenues. Over the last 50 years, executive Chairman Alan I. Kirshner and his cousins-in-law, Steven A. Markel and Anthony F. “Tony” Markel, have built the company into its present-day incarnation through strategic moves such as the acquisition of Richmond-based CapTech, a national information-technology management consulting company. The trio has also made a big impact on the region personally: Among their contributions, Steven Markel and his wife, Kathie, co-headed the fundraising campaign for Virginia Commonwealth University’s $41 million Institute for Contemporary Art. Steven is also developing a mixed-use project in the East End aimed at increasing local food access that will include a culinary school run by J. Sargeant Reynolds Community College. Kirshner co-founded the Faison School for Autism, and Anthony Markel donated land for the Bon Secours Community Hospice House.

Three generations of Gottwalds have run Richmond-based NewMarket Corp., the parent company of petroleum additives manufacturer Ethyl Corp. One of the top 100 wealthiest families in America, the Gottwalds are reportedly worth more than $2.5 billion collectively. Family patriarch Bruce C. Gottwald, who retired in 2014, was named the wealthiest Richmonder last year by Forbes magazine, which estimated his personal net worth at $580 million. Tracing its origins to the Albemarle Paper Co., which was founded in 1887, NewMarket brings in annual revenues exceeding $2 billion. The Gottwalds have been supporters of the Science Museum of Virginia, the Virginia Commonwealth University School of Engineering and the Richmond Folk Festival. Bruce’s son, NewMarket’s chief executive, Teddy Gottwald, sits on the executive committee of Venture Richmond.

As big-name national retailers closed record numbers of brick-and-mortar stores this year amid increased online competition, Midlothian-based developer Robert Hargett’s Rebkee Co. stepped up with an ambitious strategic plan to save Henrico’s long-declining Regency Square mall. Since Rebkee and Richmond-based Thalhimer Realty Partners purchased the majority interest in Regency in 2015, Rebkee has announced a $30 million mall redevelopment effort that will include a new Regal Cinemas theater complex, office space and a potential multifamily residential component. In Hargett’s view, Regency’s resurrection will come from building community at the mall and bringing in experience-based attractions such as indoor go-carts, gyms and restaurants to lure families and social-media-minded millennials. Similarly, Rebkee has been a force in redeveloping the Boulevard area. Rebkee recently announced plans to build an office building adjacent to its Cookie Factory Lofts building, which opened in 2014. Rebkee is also leasing land to the upscale bowling alley under construction near Scott’s Addition.

For financial leaders, a social conscience isn’t likely a top priority, but most banking executives probably don’t have portraits of civil rights icons Martin Luther King Jr. and Oliver Hill Sr. prominently displayed in their offices. Branch, the Richmond market president for Bank of America, one of the region’s largest employers, says the images remind him of those who paved the way for his success — and to pay his debt forward. In addition to managing 2,000 employees, 25 local branch offices and a technology and operations center, Branch also oversees the bank’s local social responsibility efforts. Born in Petersburg and raised in Dinwiddie County, Branch is the chairman of Virginia’s Gateway Region and serves on the boards of Housing Opportunities Made Equal, ChamberRVA, the Virginia Foundation for Independent Colleges, Smart Beginnings Greater Richmond, Venture Richmond and the YMCA of Greater Richmond.