Like some Facebook relationships, power in the arts and culture world is complicated. First, one needs to consider how broadly to define the term.

Is power wielded by big-name donors who help finance local groups and individual artists? Of course. Is it also in the hands of executive directors and board members who administer and plan for their arts organizations while finding a way to stay financially afloat? Definitely. And is there power among the new generations of nonprofit motivators, like Ryan Rinn and his 6PIC project in Brookland Park, who use grass-roots means to bring the arts to underserved neighborhoods? Sure, we think so. And what about the individual artists themselves? Isn’t it a form of power when your own work sheds light on the Richmond scene? Yep.

You can see that coming up with a short list every year is no easy task. Some of the same philanthropists could appear every year, but we try to mix it up and look at who is currently having an outsized impact and poised to do more.

Partly because the arts are under attack on the federal level by an administration that sees little value in them, this year’s list is heavy on philanthropists — both individual and corporate — as well as highly involved board members who are helping steer various arts groups through challenging and changing times. These leaders will become increasingly important as the Trump administration continues its assault on the National Endowment for the Arts and National Endowment for the Humanities, and as a new generation continues reshaping society through social justice efforts.

One continuing trend we’re seeing this year is a commitment across the arts to greater public awareness and responsiveness to the needs of the community and its changing demographics. If you want to succeed in the age of social media, you need to know your audience and what it wants. In many ways, art has become more responsive to diversity concerns; for example, the Virginia Museum of Fine Arts now has women of color in five key leadership positions and the Valentine has held two major exhibits highlighting local Latinos and the LGBT community.

Although they’re not on the list yet, Richmonders such as Enjoli Moon are having an impact: Moon is getting attention for her Afrikana Film Fest, which highlights cinematic work by persons of color, and even scored a guest talk by activist icon Angela Davis this year. Elsewhere, Mark Constantine, president with Richmond Memorial Health Foundation, started the Health, Equity and Arts program which gives artists or collectives $10,000 to do art projects within communities, the notion being that health is attached to people’s ability to create. That program is only starting to become noticed. And there’s Melody Barnes, a lawyer and former director of President Barack Obama’s domestic policy council, who returned home to Richmond and now sits as vice-chairwoman of the advisory board for the Institute for Contemporary Art — expect her voice to grow in significance as well.

Plus there are some brand new names just coming into play this year who are not on the list yet, including a new dean for the Virginia Commonwealth University School of the Arts and a new modern art curator at Virginia Museum of Fine Arts who are just getting started.They’re good bets for next year. 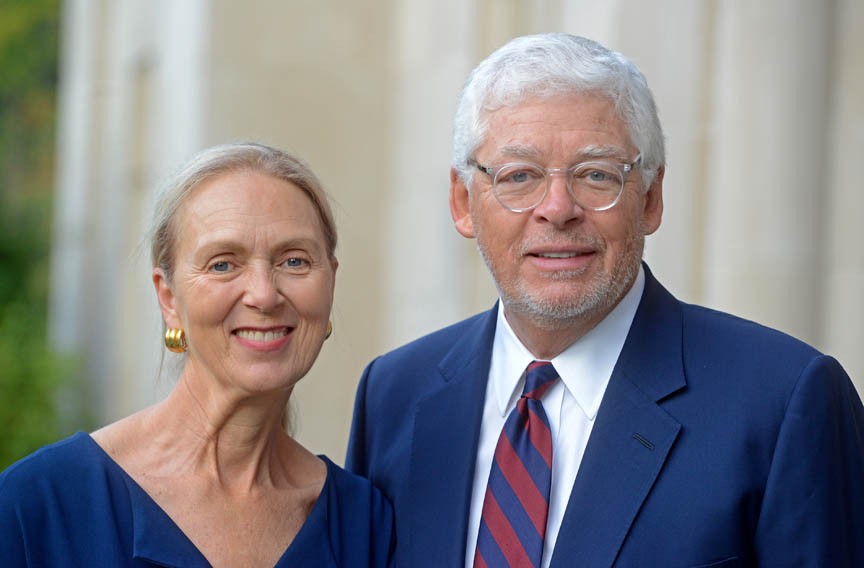 A perennial power couple on the local arts scene who are not only avid art collectors — including of local artists — but also generous donors to major projects. Bill Royall is also the co-chairman of the executive committee for the Institute for Contemporary Art, the most anticipated art institution to hit Richmond in years. It’s scheduled to open to the public in the spring. He just stepped down as president of the Virginia Museum of Fine Arts board of trustees and remains on the board there as well.

In his 15th year with the Symphony, Fisk was rocking and rolling, no pun intended. During the past season, the symphony reached record ticket sales, including 14 sold-out concerts, and continued the second year of its nationally recognized mobile tent project.  “Because of projects like the big tent and the rush hour at Hardywood series, the symphony was one of just 20 other orchestras in the United States to be selected by the League of American Orchestras and the Getty Foundation as an innovator and leader in the field,” says Scott Dodson, its director of advancement and patron communications.  Fisk also is the chairman of the Resident Company Association for the Richmond Performing Arts Alliance (Dominion Arts Center and Altria Theater), on the boards of WCVE as well as Virginians for the Arts, where he has taken a lead role in its statewide advocacy efforts.

When it comes to corporate sponsors of Richmond art, Altria is right at the top. Fessler recently took over for longtime Altria employee Charlie Agee, and has experience leading several of Altria’s contributions portfolios, including the arts, to which it gave $3.2 million in 2016. It generally focuses on major sponsorships for innovative programs and efforts to attract new and expanded audiences, she says, while increasing community access to the arts. Recent examples include the Science Museum of Virginia ’s first major traveling exhibition, DaVinci Alive, as well as a three-year program of community outreach initiatives at the Valentine. And the company is a major backer for the Richmond Folk Festival, our biggest music event of the year as well as CultureWorks’ grant program for small and diverse arts organizations.

Although they may be quiet, Marcia and Harry Thalhimer are another signature art couple in town, true champions of the local arts community who sit on several boards. They’ve been major supporters of the Richmond Symphony and 1708 Gallery’s popular InLight. “They have galvanized a group of peers to join them in supporting the annual program,” according to Emily Smith, executive director of 1708. “They are incredible cheerleaders and generous collaborators … great to share ideas with and are visionary in their ideas about the Richmond art scene.”

A local dentist and art collector, Harris has been active on a number of the most important boards in town: He is the new board president at the Black History Museum and Cultural Center of Virginia, vice president of the board of trustees at the Virginia Museum of Fine Arts, and the immediate past president of the Virginia Repertory Theatre board, as well as a board member at the American Civil War Museum and on the Venture Richmond executive committee. Harris tells Style that he’s most proud of his involvement with the renovation of the Leigh Street Armory, the intentional focus of acquiring more works by African-American artists by the Virginia Museum, increasing audience diversity through the theater productions of “Dreamgirls” last summer and “Into the Heights” this summer, as well as breaking ground on the new American Civil War Museum.

Compared to 30 years ago, the Virginia Museum of Fine Arts has a totally different, much more communal vibe these days, not to mention an increasingly interesting and diverse collection. Nyerges has led the charge in the effective transition of the public perception of the museum while this year also helping increase diversification of its staff through the hiring of key museum leaders such as Kimberly Wilson, Valerie Cassel Oliver and Jan Hatchette. He’s also worked as a curator on the forthcoming American, Born Hungary photography exhibition, continued to develop a strong cultural change with China and worked to promote the museum as a significant player among national museums by holding major museum director conferences. 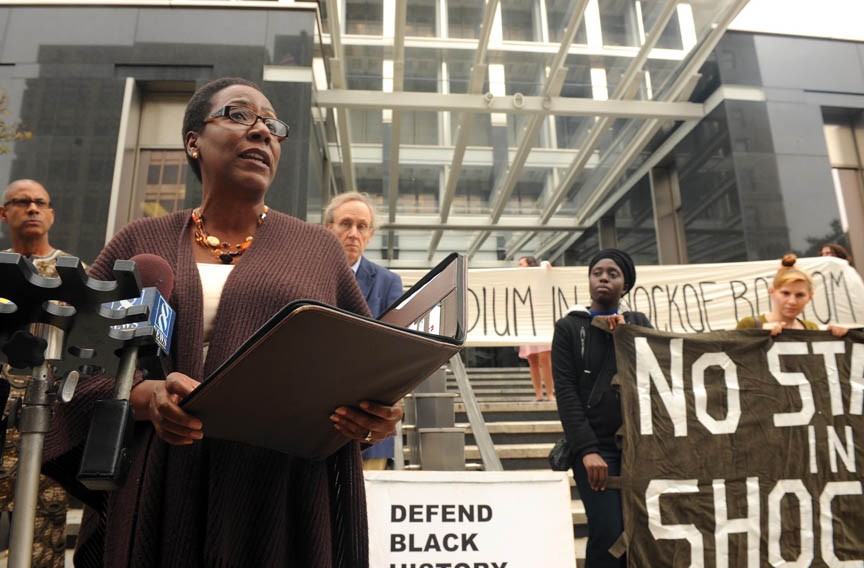 The art that matters most right now in Richmond are those controversial statues along Monument Avenue. An eloquent spokeswoman, the visionary Coleman has taken the lead in telling our complicated history, so it’s fitting that she is a co-chairwoman of the mayor’s critical Monument Avenue Commission, where she should be a powerful voice that understands the way that history is a constantly evolving process of questioning, as she told ABC News. And just recently, she broke ground on the new American Civil War Museum Tredegar site on Aug.14, part of a $48 million expansion.

The Science Museum of Virginia has been undergoing a lot of changes after its Inspire the World funding campaign raised more than $18 million— and all of it has been led by Conti. That includes the large Dewey Gottwald Center which opened this year and will feature exhibits and receptions. But there are more plans for the popular museum, including a second floor space called the Forge, inspired by the local maker movement, which will provide a community space for folks to interact with hands-on materials to build things. There’s also a parking garage being built next to the museum so that the existing parking space can be turned into a green space —all part of Conti’s plan to make the museum an even more welcoming gathering space. 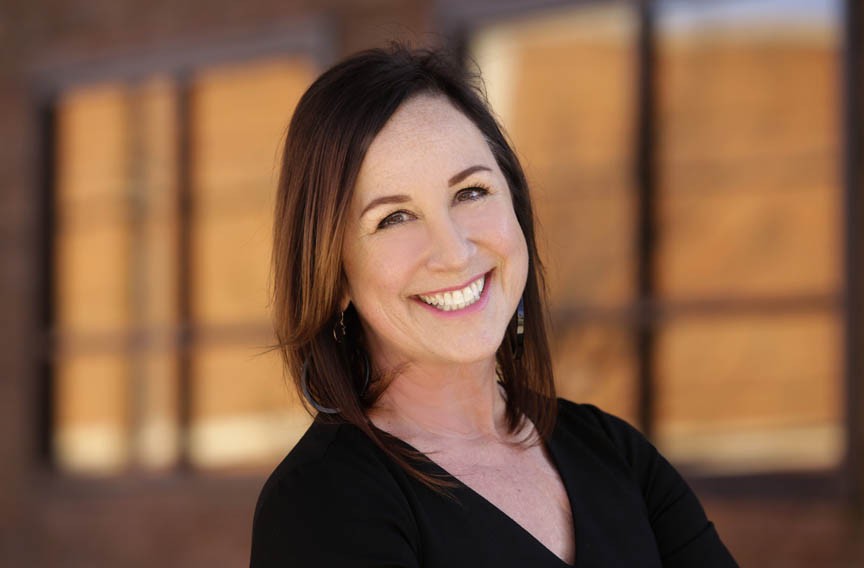 A longtime employee who’s been called “the heart” of Venture Richmond, Sims was named executive director in January of the organization which puts on some of our city’s biggest arts and cultural events — including the Richmond Folk Festival Friday Cheers, the Second Street Festival, Dominion Riverrock and TEDxRVA. The organization’s goal is to help revitalize downtown by using arts and culture to implement strategic development and promotional initiatives. Sims will obviously now have an even bigger say moving forward.

While most people think of groundbreaking artistic director Stoner Winslett when they think of the Richmond Ballet, Selina Rainey has been a powerful figure behind the scenes for years. She just stepped down from being chairwoman of the board for five years and was critical in the ballet’s Leap Week, its international debut in London and recent triumph in China, as well as a multitude of seminal moments in the history of the company.