A Selection of Mostly Recent Songs from Local Artists

Richmond’s premiere a cappella gospel trio became a viral YouTube sensation a few years ago and recently recorded with noted local label, Spacebomb, who released this new single. Produced by Matthew E. White, this is a standalone single and there’s another single and video in the works.

This alt.country track by Saw Black was recorded in the singer-songwriter’s basement in Woodland Heights on an eight-track tape machine and featured on the album “Azalea Days.” He’ll be on tour April 7 through April 22 in the Midwest with Dogwood Tales, but you can catch him April 26 at Sound of Music with Ben Shepherd and Jeffrey Lewis and stay tuned for an upcoming Style profile. His second record, “Repentance in Blood City” is being finished now and should be out this summer or early fall.

This new track from rapper McKinley Dixon “details the narrative of a young black boy interacting with his environments and how he maneuvers through the world,” according to the artist. It’s from the upcoming mixtape, “The Importance of Self-Belief,” and was recorded at Dixon’s home, featuring sax by Nathanael Clark, keys by Nick Ray, production by Onirologia and mixing and mastering by Vincent Duke. A reissue of his first mixtape, “Who Taught You To Hate Yourself?” is on the way.

This dance floor number is from the latest project by local musician Eddie Prendergast (bassist from Bio Ritmo). He calls the genre “flossup” and the track is from the album, “Nice Things,” which will be released on local label Crystal Pistol in mid-May. The group also features Kenneka Cook (see feature profile). You can check ‘em out next on April 21 at Savory Grain and April 27 at Flora.

Mikrowaves, "Varmints of Love"
Update Required To play the media you will need to either update your browser to a recent version or update your Flash plugin.

A familiar presence on the local jazz scene, this quartet features Charles Owens on tenor saxophone, Devonne Harris on Wurlitzer electric piano, Andrew Randazzo on electric bass, and Kelli Strawbridge on drums, playing their arrangement of the classic John Coltrane track, “Naima.” It was recorded last year at Montrose Studios in Richmond. The quartet’s new album, “The Charles Owens Quartet – As One” will be released on Ropeadope Records on April 21. Check out the release show at VMFA on April 27 from 6 to 9 p.m. (no cover) and also on May 4 at Vagabond.

The lo-fi, visceral pop song was recorded by Fly Vut – a solo project by an anonymous artist who prefers to keep it that way -- at Sleepy Kingdom in Richmond. Fly Vut will be playing the next Organica installment, which has yet to be announced. He says his influences include: Beach Boys, Spookey Ruben, David Sylvian, Brian Eno and Spacemen 3.

Featured on the music issue cover and in an inside profile, Talukdar dedicated this piece to survivors of abuse (April is abuse awareness month). The experimental/noise track will be featured on her next album but for now you can check it out on bandcamp. You can catch her perform locally on May 25 at Gallery5.

As the lyrics go, they are that punk rock dance band. A plain and simple barnburner from the band’s upcoming, second album, "Teeth," due in June via Crystal Pistol Records. This group also features familiar local musician, Pete Curry, a solo artist who was featured in last year’s music issue.

This atmospheric, electronic/pop track by the new group featuring Landis Wine (programming, synths, bass, guitar, vocals) comes from the band’s recent self-titled album, which was recorded half at home in Richmond and half in Philadelphia at Uniform Recording. The band will be touring in May.

“The ideal of the first verse of this song is: doesn't matter where you at, but it just matters on who you surround yourself with,” says frontman Ismail Bouzidoune, who performs almost mystical-sounding jams with Jouwala Collective on a three-stringed lute instrument, the gimbri (or sintir) used by the Gnawan people. Their next Richmond show is April 28 at the Camel, where they previously recorded a live album available on bandcamp.

Jouwala Collective, "Mozart-Sonata Fort D-Moll"
Update Required To play the media you will need to either update your browser to a recent version or update your Flash plugin.

Fans of Jad Fair or Violent Femmes perk up: you need to check out the Wimps. This track from their self-titled debut last year was recorded at Russell Lacy’s Virginia Moonwalker studio. With adenoidal vocals that recall the previously mentioned Half Japanese frontman, the Wimps’ Brent McCormick leads this concise, slow-rocking throwback to 50s and 60s ballads into a more indie ‘80s vibe with clever lyrics (“and when I fall, it’s because you catch the right light/dream girl”).

The Wimps, "Dream Girl"
Update Required To play the media you will need to either update your browser to a recent version or update your Flash plugin. 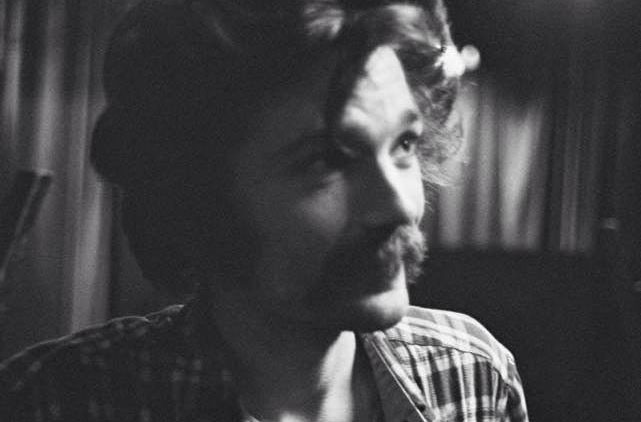 Twain “Are We In Heaven?”

A recent musical transplant from Brooklyn, Mt. Davidson has a beautiful voice capable of delivering chills in the live setting, his genre fittingly described as a “meeting place between the terrestrial and the mystic.” This lovely acoustic track comes from his new record “Life Labors in the Choir,” and you can check him out in person at Gallery5 on May 30 with Big Kitty and Skyway Man (James Wallace). He’ll be supporting Big Thief on their June and July tours, playing summer festivals with a new record, “Rare Feeling Part 1” coming out in time for the fall equinox.