Patricia Brown weaves through the room, eager to introduce professors and students.

“The writer-director who was here last week said, when she gets her Oscar nomination, she’s going to come to Rafie,” says Brown, showing a picture of gowns by senior Rafie Khoshbin, inspired by the emeralds and pink diamonds worn by the Iranian empress in the 1960s.

“I’ll walk to her if I have to,” Khoshbin says.

Brown is the new chairwoman of the fashion design and merchandising department at Virginia Commonwealth University. Her office is sparsely decorated in a way that might be purposeful, but also might convey how busy she’s been since starting her job in September.

“I’m trying to figure out how to handle everything I want to do with everything that needs to be done,” she says. Asked what’s surprised her the most about her first academic job, she replies, laughing, “How much email I get.” 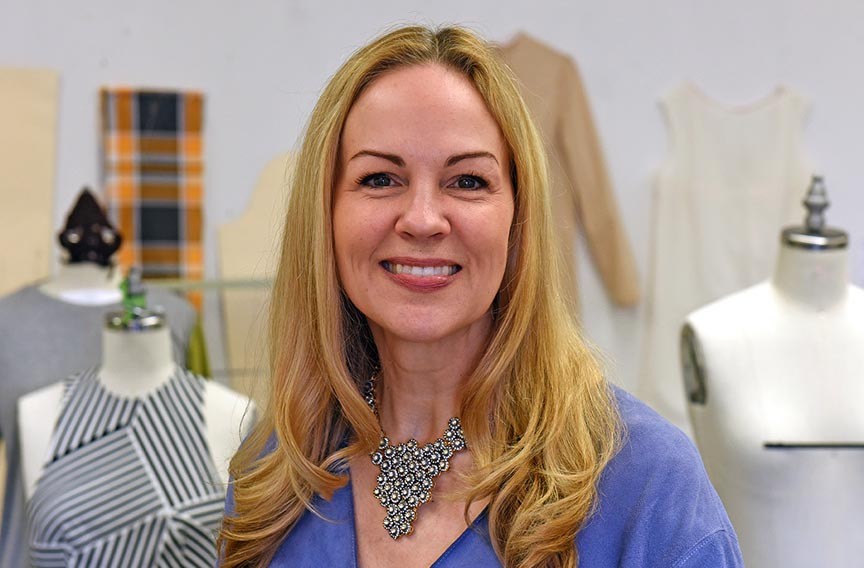 Brown moved to Richmond from New York, where she worked at such places as Calvin Klein, Ralph Lauren and Ann Taylor before founding her own brand for jewelry and accessories.

She comes with an expanded vision for the department: to introduce the students to more industry professionals, to expand programs in knitwear and menswear, and to cross-pollinate the education of students in both tracks — design and merchandising. Most of all, she wants exposure.

“The standards are already really high,” Brown says. “But we need more eyes on this program to see how good it is.”

They’ll have that May 8, when 60 models walk a runway wearing 140 student designs in the main atrium of the Virginia Museum of Fine Arts. The juried fashion show is a flagship event and a chance for Richmond to experience the glamour of fashion’s front lines. This year’s theme is emerge.

Amy Garelick, faculty adviser for the show, leads a weekly meeting with the merchandising students who serve as producers. Young people in frayed jeans and patterned leggings attend to such details as ticketing, sponsor logos and runway metrics.

“Last year we did not have any fashion road kill,” Garelick says, “but we had a couple of close calls.” The students have put together choreography for the models as they pass each other in a widened middle section of the narrow runway. It will require precise timing. 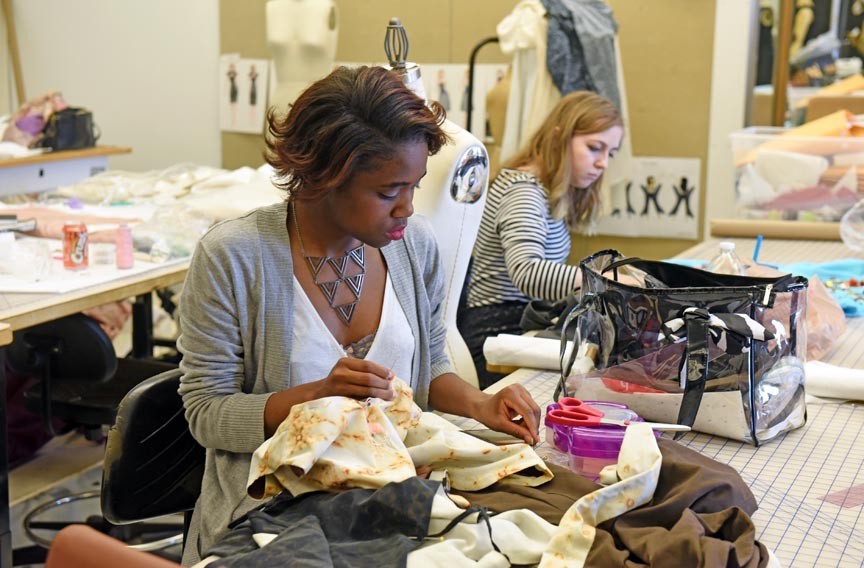 With 333 students, fashion design and merchandising is the largest department within the School of the Arts— and perhaps its biggest export. Where graduates in the visual arts, music and theater often find homes in Richmond’s vibrant art communities and creative industries, most fashion students plan to move to New York or another clothes capital.

The university wanted a strong connection to the fashion industry, Brown says of her hiring, noting that the country’s biggest cluster of fashion companies is in New York. “It’s part of my role to keep us connected and relevant.”

If opportunities in Richmond fashion are limited, interest in attending a fashion show is not. Tickets for May invariably sell out quickly. This year a live stream, at arts.vcu.edu/fashion/runway, will expand the audience.

The design students take the pressure in stride. Their collections represent hundreds of hours of sketching, fabric sourcing and labor.

Bianca Tiara Blunt has six eveningwear pieces informed by the brutality of bullfighting and police incidents against unarmed citizens. Her pieces feature the North Star and the symbols used for communication in the Underground Railroad, as well as dramatic epaulets on a matador jacket.

“I’m also playing with the idea of red lining, physically in the gowns, but also to represent the practice of zoning neighborhoods to segregate,” she says. “It’s a lot of visual symbolism.”

Jennifer Kim has menswear that looks like blue-tinted camouflage at first, but is a print of a painting she made. It’s overlaid with a sheer, meshlike fabric. She’s one of the three design students taking their pieces to a fashion show on VCU’s Doha campus in Qatar. In turn, students there will send collections for the Richmond show

In Garelick’s class, merchandising students hammer out the details of the models’ entrance. A dramatic runway scene is envisioned, with dusk light streaming through sign cutouts to spell emerge.

She reminds the group that the design students aren’t allowed to attend any of the model workshops, lest they try to handpick their models.

“The designers are always looking for new talent to use in their look books,” she says. “But we only have an hour to teach [the models] right, left, right, turn.”

And how to remain upright.