An aural history of River City. Plus, our annual free album: Sounds of Richmond, Vol. 7. 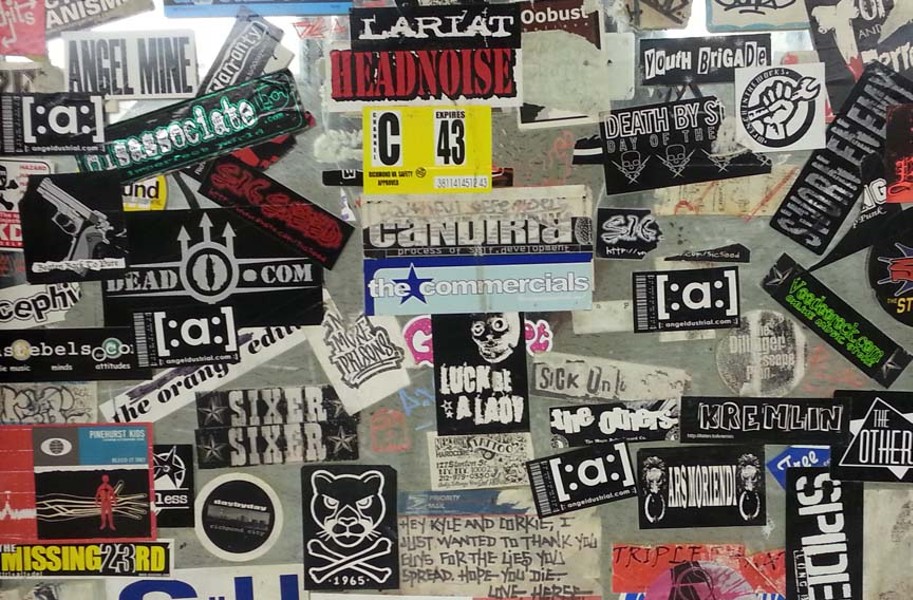 VCU Special Collections Archive The little music club at 929 W. Grace St. has been home to a variety of clubs through the years. A salvaged mirror from the venue’s late-1980s incarnation, Twisters, features myriad band names.

They say that history is written by the winners. And those who don't know their history are doomed to repeat it. What I haven't heard them say yet is: Alternative histories sometimes have the best stories.

That was the theory, anyway, behind this year's music issue. It's been awhile since we explored some context about the history of Richmond's lovable little music scene that keeps right on doing its thing, no matter who becomes the next Austin, or Portland. So we hit up a cross-section of musicians, artists, promoters and fans who have seen the decades play out. We asked them to recount their vivid memories and for a sense of what the scene was like.

What emerged was an alternative, scattered and abridged oral history, inspired partly by Style Weekly contributor Dale Brumfield's book, "Richmond Independent Media: a History of the Underground Zine Scene," recently nominated for a Library of Virginia Literary award, and the "Please Kill Me" oral history of punk.

Yes we know there is a lot missing here, but this is meant as a conversation starter, and we hope you will add your own memories in the comments section. And sure, there's plenty of wonderful new music happening around us, but this isn't that issue. You can, however, check out our Sounds of Richmond sampler online for free downloads from some of our incredibly diverse current artists — it's at styleweekly.com/music.

And remember, if you or your band isn't mentioned in the following pages, rest assured that your contributions were "judged completely unimportant and often laughable," according to music writer and calendar editor Chris Bopst. That's a joke. Sorry. — Brent Baldwin

Sound Approach
In its 20th year, Sound of Music recording studio is rolling with the changes. Plus, hear their top recordings from years past.

Titfield Follies
One of VCU's all-time weirdest bands gets the reissue treatment.

The Cult of Pen
Richmond's most influential guitarist, Pen Rollings, is back making music.

Resolution
The new Lamb of God documentary covers the drama of the Randy Blythe manslaughter trial.