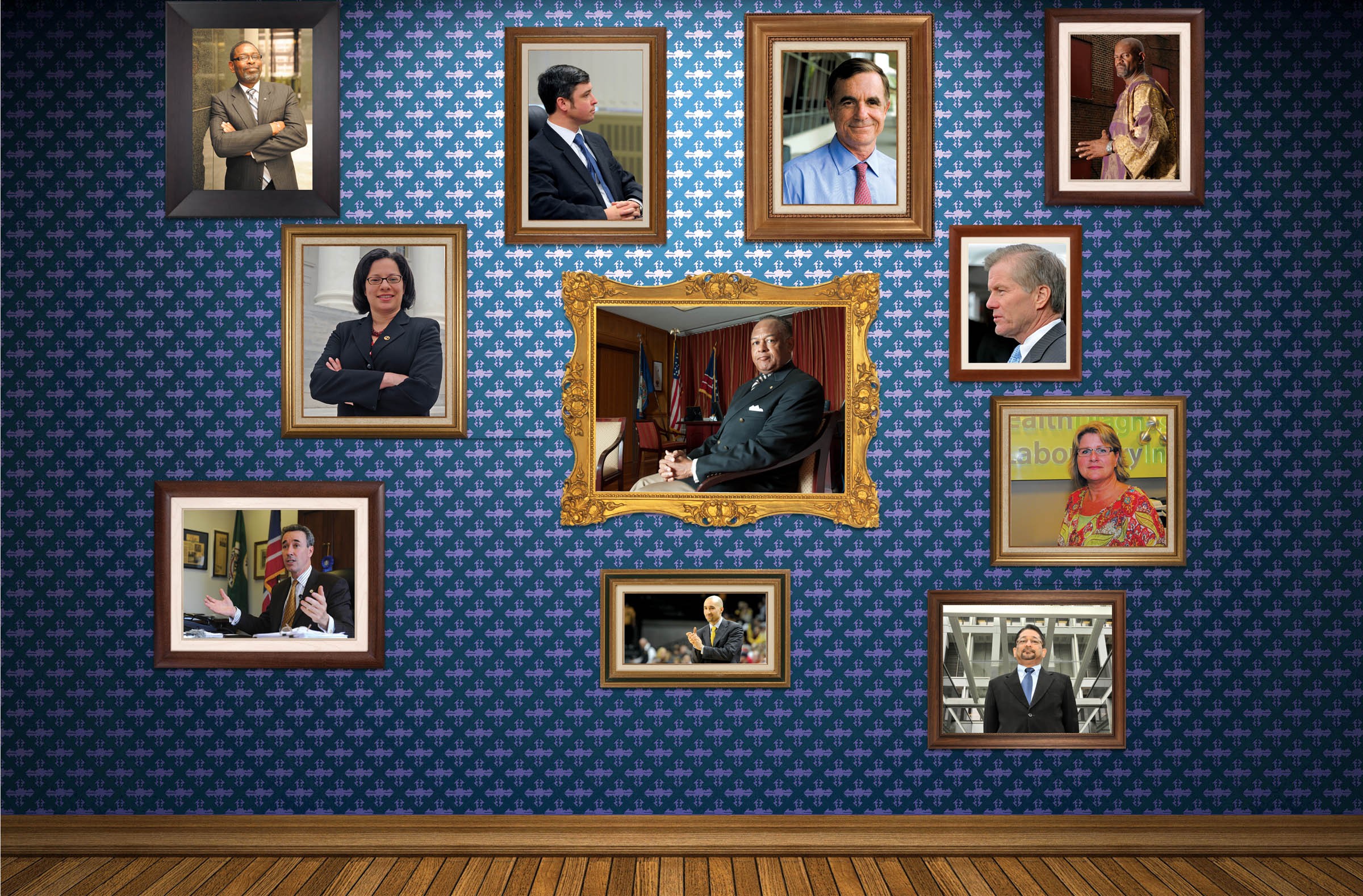 When Style Weekly launched its Power List in 2004, it centered on a simple idea: For a community to hold people in power accountable, it first must know who they are. The discovery process proves to be more complicated. There are indefinable qualities such as charisma, influence and brand recognition. And quantifiable measures — who has control over such community resources as money, employees and constituencies needed to make change. We examine how power plays out in face-offs through the year. Changes at City Hall. The fight over a new baseball stadium. The ongoing debate over a freestanding children's hospital. Regional priorities, politics, innovation.

How far have we come in the last decade? Perhaps the biggest surprise comes from looking back at that first list. Because if you subscribe to the notion that change in Richmond is as unlikely as a Confederate flag flying from the Richmond Free Press, just consider: Only one of the Top 10 names from 2004 remains there. Former Gov. Mark Warner? Off to Washington. Jim Ukrop? A grocery baron has retooled. J. Stewart Bryan III? A family's publishing dynasty has faded, saved by Warren Buffet. John Snow, Doug Wilder, Eugene Trani, Marilyn Tavenner, Marge Connelly, Thomas Capps — memories. Power is always in play, sometimes it just moves so slowly you hardly notice.

The man won't budge — in more than one sense. Goodwin, 72, has never fallen below third place in a decade of ranking power in Richmond. Being spectacularly wealthy helps. Click here for more ...

Farrell debuted on the Power List at No. 7 in 2006 because he took the helm of Dominion Resources Inc., the state's largest electric utility, which is just a reminder that there's power and there's power. Click here for more ...

His rise was both calculated and cunning. Republican Ken Cuccinelli laid the groundwork last summer when he engineered a switch from an open primary he'd likely lose to Lt. Gov. Bill Bolling to a convention that he easily won. Click here for more ...

Last year's lingering concern over Rao's longevity seems to have evaporated. The academic profile of the school continues to rise. So does its footprint in Richmond. Click here for more ...

Tobacco companies may be hunting for the magic alternative — like the e-cigarette — but there will always be smokers. And the maker of Marlboro, Richmond-based Altria Group, owns half of that market. Click here for more ...

Cantor is Richmond's direct line to federal pull, no matter how tenuous that source of power may be. Click here for more ...

Pummeled by the politics of the Affordable Care Act, the health care industry is in flux, a waiting room of uncertainty and complexity. A former nurse, Lewis has it squarely on her plate as president of HCA's Capital Division. Click here for more ...

Though most of his work has been behind the scenes this year, the Donald remains a force in state and regional politics. Click here for more ...

The Rest of the Rankings

From #11: Tonya Mallory to #50: Chris Hilbert. Click here for more of Richmond's most powerful people.

In the spirit of the Power List, recounting Bob McDonnell's fall from grace.

What change would you like to see in RVA? Richmonders offer their ideas.