Whether we were Revolutionary patriots, moonshine runners or just imperfect souls considering our bar tabs, we're all just passing through. So why not stop for a few sips along the way?

Join the Celebration
Come to our free Bar Guide Launch Party on Thursday, June 16 at Off the Hookah. Food, drinks, music and more. See our Facebook page for more details.

On the Go
Download our new Happy Hours app for iPhone, Android and Blackberry. A complete guide to Richmond's Happy Hours in your hand. Download now for a chance to win a free appetizer.

On the Web
Search through our updated Richmond Bar Guide and plan your perfect night out.

A Distilled Account
Churchill, moonshine and the devil's drink: Richmond's history with alcohol.

110 Years of Bartending
Conversations with three of Richmond's veteran servers.

Thirst for Meaning
A quest for enlightenment on a historical bar crawl.

Night for the Time Capsule
For the record, a snap shot of Richmond nightlife on June 4, 2011.

Making the Cover
See how the bartender-models featured on our cover got into character with a short behind-the-scenes video. 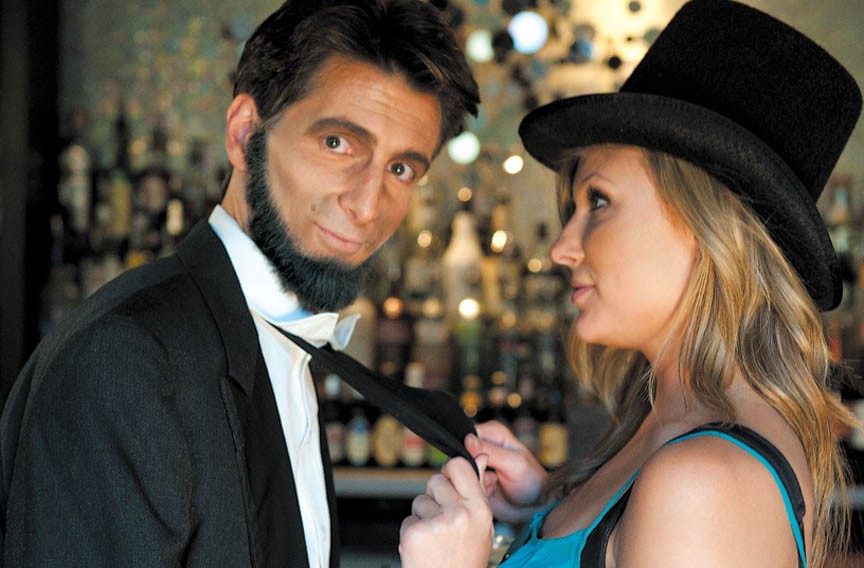 The intense British actor Daniel Day-Lewis won an Oscar for his work in the 2007 blockbuster, "There Will Be Blood," in which he carved into our heads the indelible line, "I drink your milkshake."

But what will he pour when he portrays the title role in Steven Spielberg's Lincoln, which begins filming this fall in the Richmond and Petersburg areas? After all, the 16th president of the United States had a father who worked at a distillery, and he himself held a liquor license in 1833 as a tavern keeper.

Politically, Lincoln supported the temperance movement. In a speech given in 1842, he's quoted as saying "the demon of intemperance ever seems to have delighted in sucking the blood of genius and generosity." (I drink your milkshake.) He seemed to recognize that alcohol itself wasn't bad. He famously wanted to find out what brand of whiskey Gen. Ulysses S. Grant drank so he could send it to his other generals. And he's quoted as saying that "the problems of alcohol relate not to the use of a bad thing, but to the abuse of a good thing."

This has always been the problem — and the attraction — to the devil's drink. Certainly this started with Adam and Eve, who must have found a way to ferment the juice from the Tree of Knowledge.

In Virginia, and Richmond, liquor has always found a way flow freely, perhaps the most stunning image coming from Col. Alexander Cheves Haskell, who described the scene of Richmond burning on April 3, 1865: "Casks of whiskey and rum, burst open in hundreds and thousands, made a stream of liquor in the gutter on each side of the street. The mob was drinking, yelling, screaming and robbing."

Wherever you were, whenever you passed through here, if you're reading this in a time capsule 100 years from now, we're all just passing through. For some, alcohol remains a devil, tearing down swiftly. For others, it's a way to mark time while the minutes tick toward the last chapter in our own history books.

And if you run into Daniel Day-Lewis kicking back at a bar this fall, don't ask for his autograph. Buy him a pint. — Jason Roop