The 13 Most Haunted Places in Richmond 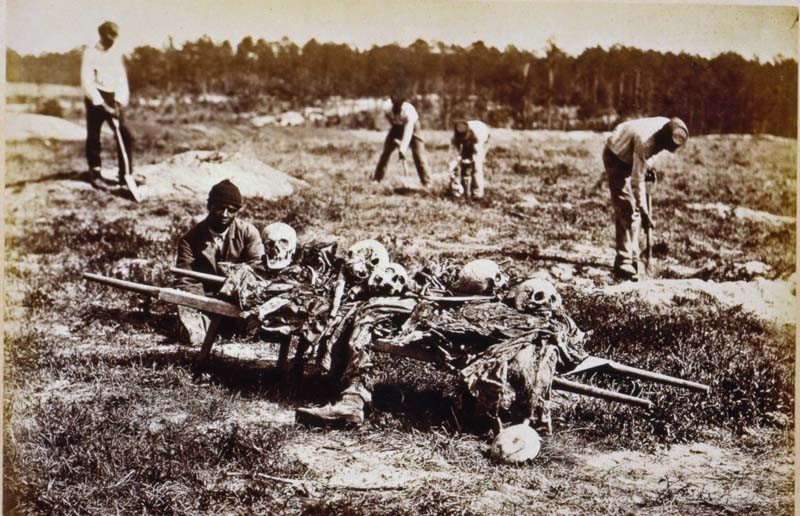 Cold Harbor Battlefield, Hanover
“Top of the list,” says Beth Brown, the author of “Haunted Battlefields: America’s Civil War Ghosts.” “It was much more intense a battle than Manassas, and the only battle that Grant said he regretted.” This is the home of a mysterious fog that is said to circle the grounds.

Centre Hill Mansion, Petersburg
Home of the annual Ghost March, Brown says. Legend has it that at the same time (7:30 p.m.) on the same date (Jan. 24), you can hear a platoon of ghosts march up the stairs of the mansion and then march down.

Henricus Historical Park, Chester
“It’s our go-to place. Sometimes we stay overnight,” Transcend Paranormal's Steve Dills says. On one outing, the group filmed an eerie mist that had a mind of its own. “We get a lot of EVPs at Henricus, including some that sound like they are Native American.”

Tuckahoe Plantation, Manakin
A haunted bride has been seen at Thomas Jefferson's boyhood home, walking down a garden path. “Tuckahoe’s ghosts have been cited for 100 years or more,” says L.B. Taylor, the author of numerous ghost books, including several volumes of “The Ghosts of Virginia.”

The Byrd Theatre, Richmond
At least two spirits reportedly haunt the Byrd, manager Todd Schall-Vess says: “One is a little girl who is seen frequently in the women’s bathroom. The other ghost is Mr. Coulter [Byrd manager from 1928 to 1971]. He’s seen in a number of places but mostly spotted in the balcony.”

Steve Dills of Transcend Paranormal reports: “We found some stuff here but didn’t get as much as I expected. One EVP we captured was a little girl talking in the woman’s bathroom, and we got an EVP of an older gentleman saying the name of one of the team.”

Whicello Plantation, Henrico County
“It not only has a ghost legend but a hidden treasure legend,” Taylor says. “Dozens of people swear they see the ghost of a woman there.”

Upland Hunting Club, Amelia
There’s a lot of activity here, says Big Ray of Ghost Raps. During one EVP session, a team member asked if a Union soldier was present and was said to have received a definitive response: “No.”

Wrexham Hall, Chesterfield
Bess cites the ghost of a lady in red. “But she also has two gentleman ghosts,” he says.

Byrd Park Pump House, Richmond
“This place is extremely haunted,” Bess says. Two years ago, he held a well-attended public unveiling of his Parabot at the pump house. “There’s the ghost of Daniel Tetweiler, who hung himself, but there’s also a woman named Elizabeth … she is the most fantastic orb you will see. Also there’s Spectra, the apparition of a woman in white. She cuts loose with her energy force. Twenty-three different groups are traveling in her aura. The Pump House has water, steel and a slate roof. Plus there is iron all through it and it’s continuously moving, so it’s like a conductor. It will create a portal.”