These tantalizing new brews prove that Richmond-area beers are all grown up and ready to run with the big dogs. 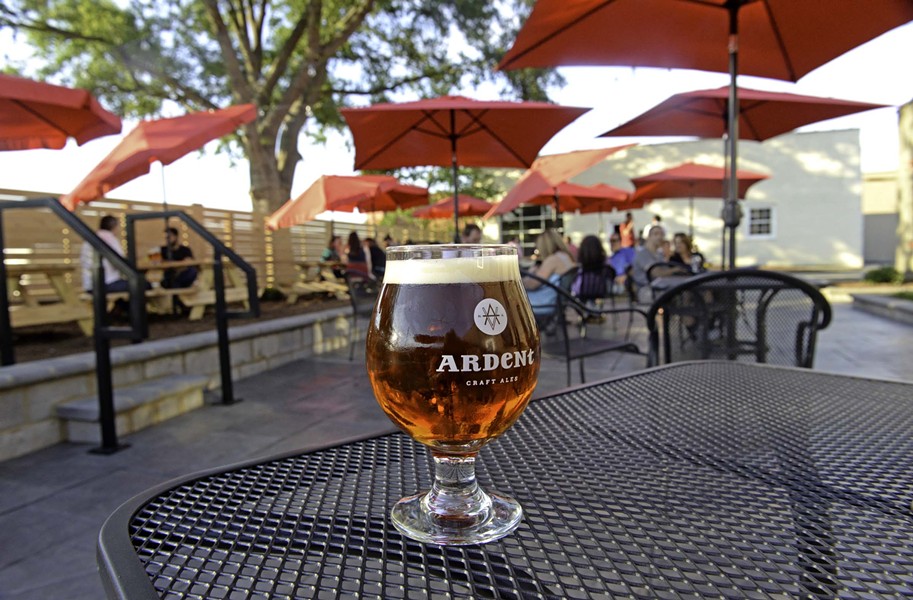 This one should have been called holy ginger! While you raise the glass, you'll be intoxicated by an immediate ginger aroma. A warm bite followed by the kiss of sweet honey makes the finish on this summer seasonal a memorable one.

Don't mistake simplicity for lackluster. This golden easy drinker is a quintessential summer brew packed with three hop varieties that settle nicely on the palette. The best news? With its low alcohol content, you can enjoy a few in one sitting without the risk of forgetting about the burgers you threw on the grill two hours ago.

Brace yourself for a Citra and Amarillo hopsplosion thanks to new kids on the block Triple Crossing and the Answer's Brandon Tolbert and An Bui. Finishes clean and dry. Goes down way too easy — but nobody's complaining.

Wake Me Up Before You Gose (4.6 percent), Strangeways

Strangeways has perfected the art of combining second-to-none brews with clever naming conventions. It celebrated its first anniversary with a German-style libation that might make you want to put on short shorts and do the jitterbug. A perfect combination of mouth-puckering tartness with a slightly salty finish.

True to its name, Atramentous is a brazen Belgian stout that pours black as ink and harnesses a fierce tartness courtesy of wild brett, lacto yeasts and dark cherries. A smidge of chocolate smokiness rounds out a complex flavor profile.

Fans of local lore will appreciate the inspiration behind this savory brew. The Crim Dell Bridge on the campus of the College of William and Mary is said to determine the fate of lovers. This collaboration with Geoff Logan of Williamsburg AleWerks is ripe with fig and fruit notes and finishes with a distinctive earthiness. Share this one with someone you love and cross your fingers.

Incoming hop bomb! Dry-hopped with Simcoe, Cascade and Summit hops, this medium-bodied brew opens with a fruity aroma and dazzles the palette with a rush of flavors, ranging from beautifully bitter to subtly spiced. Let it linger in your mouth long enough and you might even detect a few bready notes. Incredibly versatile and delicious.

While this fairly limited offering from Hardywood has yet to be packaged and shared with the masses like its not-so-distant canned cousin, it left quite the impression on those lucky enough to score a pint. A light-bodied golden brew with the prominent aroma of lime and a hint of salt at the finish is pure summertime.

Created for the Richmond Flying Squirrels and released in the spring, chin music is far beyond your average ballpark brew. Smooth and sessionable, this is an amber lager that boasts roasted malt up front with subtle caramel notes on the nose and a smidge of an herbal afterbite. Hop character is modest, adding just enough bitterness to balance the flavor for a home run.

This devilish red ale boasts a malty backbone that's balanced by savory, caramel sweetness and intense hoppy notes. Be wary of the seductive nature of this belly warmer with a full-bodied mouth feel.