The 12 Gays of Christmas

'Tis the season for the Triangle treatment in "The Holiday Stops." 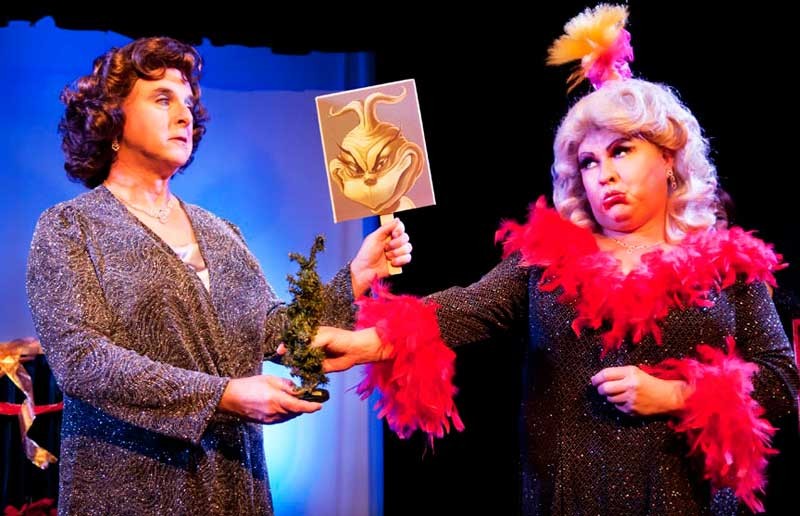 What holiday season would be complete without an unconventional offering from Richmond Triangle Players?

Following the wildly successful Triangle show "The Stops" in 2006, the entire cast has returned for the world-premiere production of "The Holiday Stops." The North American Lady Organists' Guild is putting on a holiday show, and the men — uh — women are eagerly awaiting the arrival of a new member. In the meantime, the organists run through half of their set of unconventional Christmas songs, which include carols about haggis, wallabies and Wal-Mart.

Euglena (Todd Minnich) now has decided to accept "the gays." Ginny (Kirk Morton), a Southern Baptist with a fondness for men — in particular one Jim Beam — has found love while briefly incarcerated. Rose (Steven Boschen), the daughter of a rabbi, recently has become "a gay" herself.

With the later addition of Linda (Andrew Etheredge), the group turns Christmas standards into unconventional song-and-dance numbers. Under Tim Gillham's musical direction, the men sing beautifully, at times channeling the King's Singers and other harmonious a capella groups.

John Knapp's direction makes the most of these likeable characters and adds a lot of gags to an already funny show. Eric Lane Barnes' musical might overreach in its efforts to include hot-button topics such as race and alcoholism, but he excels in crafting a fun and unpredictable holiday show.

Triangle has done a great job creating this irreverent musical. If you're in the mood for a fresh take on Christmas, the great voices and performances in "The Holiday Stops" will put you right in the yuletide spirit — it's anything but a drag. S