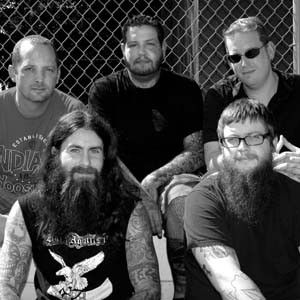 Although its members toured the world and sold thousands of records, playing in Avail wasn't always easy. But Freeman, the new punk rock project from Avail alumni Joe Banks, Chuck McCauley and Erik Larson, was started strictly for fun. After writing a few tracks that exceeded modest expectations, members decided to go for broke. So the group called up friend and band namesake Freeman Martin of the Christmasfits and Wheelbite to sing, and added bassist Chris Rigo from the defunct Mason Dixon Disaster. Once the demos found their way online, it didn't take long for the guys to be contacted by interested labels, including Gainesville, Fla.'s Failsafe Records, which will release the first Freeman album, “It Doesn't Matter.”

Style: Tell us about that one song. …

Freeman Martin: I think you can say that.

Banks: It was sparked initially by getting yelled at all the time for writing unhappy lyrics. So I went for a song that had a more positive tone to it. It brings to mind 20 years ago, packing five people in a car, driving to a show in D.C., and listening to the Dag Nasty album “Can I Say.” Everybody is singing it to the point that you can't hear the radio anymore. One of the lyrics in the chorus is, “And the wind takes our back and the radio can't turn up louder.” It's one of those songs about how, even if things go bad, we still have each other, we still have our friends, we still have our family. In the next verse it moves onto getting older, but still having that same attitude. [You may] lose some of the ideals you had growing up, but you continue to try and stay happy and not let too many things get you down.

When's the last time you packed people into a car and went to Washington for a show?

Martin: Last weekend. I was going up for the Washington Capitals Convention, but there was definitely singing involved. Most likely to Agnostic Front.

Banks: The last concert I went to where the radio was blaring on the way there was not anything close to Agnostic Front. I think it was a Gary Allen concert.

A lot of your punk peers have embraced acoustic and folk music. Why not this band?

Martin: Not that I have the ability to pick up a guitar and sing a country song, but I've listened to hardcore and punk rock my whole life. That's still what I want to listen to and what I want to play.

Banks: That style of music, overall, is not of huge interest to me. I like bands. For example, I'm a big Steve Earle fan and he played not too long ago. He was playing just an acoustic set and I didn't go because I had no interest seeing just him and an acoustic. I want to see him and a band. It's a personal preference of how the music is presented rather than the songs themselves.

Hardcore punk is supposed to be angry. Are you still pissed off at anything?

Martin: How I got screwed in my fantasy hockey draft. [everybody laughs]

Banks: My attitude now is that you can get angry about ideas and stuff that's going on without actually being angry. Because I'm not angry. I'm probably happier now than I have ever been. I'm getting too old to be angry, I'd rather be happy and have a good time. Part of it is the music, too, not just lyrical content. [Playing punk rock] is like going down a hill one hundred miles an hour on a bicycle. It's exhilarating.

Martin: If you listen to Murphy's Law, it's not like they sound pissed off. They sound like they're having a fucking blast.

What's the craziest thing that's happened to you while playing a show?

Banks: When Avail played Richmond shows, they were just insane compared to any other city we've played. The shows were just nuts from start to finish. A lot of the shows, I'd finish the set and I didn't really remember any of the set. It's almost controlled chaos.

Martin: Yeah, when I was a senior in high school, I told my mom I had to take a Friday off from school to go visit the VCU campus, but it was really because Avail was [playing] in Richmond. I had to see Avail play their hometown. S

Freeman will release its debut full-length record, “It Doesn't Matter,” in November.