That One Song: “New Rembrandts” by Goldin 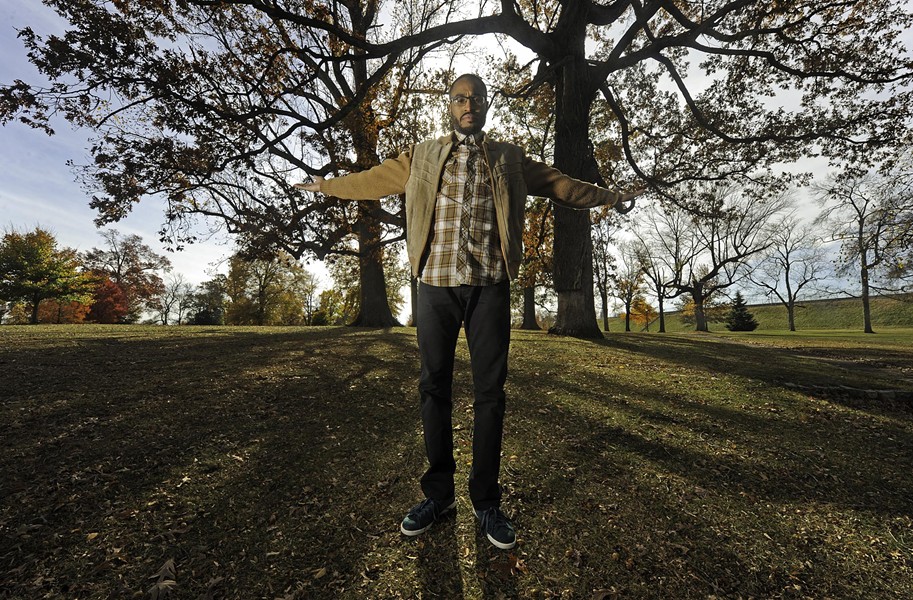 Goldin's buzz as a hip-hop artist began after the debut of his hometown anthem, "Small Market," and he was chosen to perform at Richmond's annual Stone Soul Festival in 2012. Since then, he's become a mainstay in the city's thriving hip-hop scene and recently performed at September's Fall Line Fest hip-hop showcase.

Goldin released his newest project, "VHS Music," in June and is working on new material. One such track is "New Rembrandts," which is a response to all the hard work and talent that sometimes goes unnoticed. Style asked him about that one song.

Style: Tell us about "New Rembrandts."

Goldin: The story behind "New Rembrandts" actually began back in my AP art history class while in high school. The curriculum was geared to show the connections of art, politics and religion in history. In learning about religious crusades, Fabergé eggs and legendary artists, [17th-century Dutch artist] Rembrandt van Rijn's story really stood out and intrigued me.

The idea of being a new Rembrandt — an artist essentially — is cool, but more importantly, art is directly correlated to the defining of culture. Rembrandt wasn't necessarily given the credit he deserved during his life like many other famous artists, and that made me think of hip-hop. The contributions to art from hip-hop are often overlooked, discredited or stolen. "New Rembrandts" is a declaration that the hip-hop culture is a curator of society and will be recognized as such despite the stigmas that are associated with the genre.

What was the process like writing and recording "New Rembrandts"?

I had the concept for a while and then one day, the lyrics and flow just popped in my head. My goal was to express contrast initially, so I began purposely contrasting much of my content to include some of the perceived stigmas as well as some lines I describe as "jewels." I wanted listeners to be able to groove and have fun while still receiving a serious message from this song. I wrote it in about 30 to 40 minutes but didn't have a beat for it yet. Months later while working on "VHS Music," I ran across this soulful beat and it just came back to me. The hook is more so a chant, and that came together organically once I started putting the lyrics to the music. I recorded it in one take.

Is this a personal story or is this an overall term for underappreciated music?

I do feel I'm a "New Rembrandt." Essentially, I'm an artistic contributor to culture, though I still have a long ways to go to make the impact I have envisioned. I also feel it's more so a positive energy for underappreciated art in general.

Do you feel there are a lot of "New Rembrandts" in hip-hop that don't get the credit they deserve?

Definitely. The culture itself continuously produces styles and trends that become mainstream then go uncredited. It makes me think about the Kanye West interview with Zane Lowe, you know it goes beyond the music, and into actual product itself.

What projects do you have coming up?

Find information on Goldin at GoldinLive.com.