Ten years later, 9/11 still reverberates. How has it changed Richmond?

Reflections on 9/11 and Hope for the Future
Thursday, Sept. 8, 7 p.m., at the Seventh Street Christian Church, 4104 Grove Ave. Panelists from different faiths express views, reflect effects of 9/11 on their respective communities and their hopes for the future.

Sept. 11 Day of Service and Remembrance
Sunday, Sept. 11, 9 a.m., at the Carillon. A day of remembrance. In addition, residents are asked to give back to the community by volunteering for various projects throughout the city. Volunteer information at handsonrva.org.

Honoring the Heroes of 9/11
Sunday, Sept. 11, 2:30 p.m., at Pocahontas State Park. The Richmond Concert Band presents a program featuring musical selections that honor the memory of those who died on 9/11. 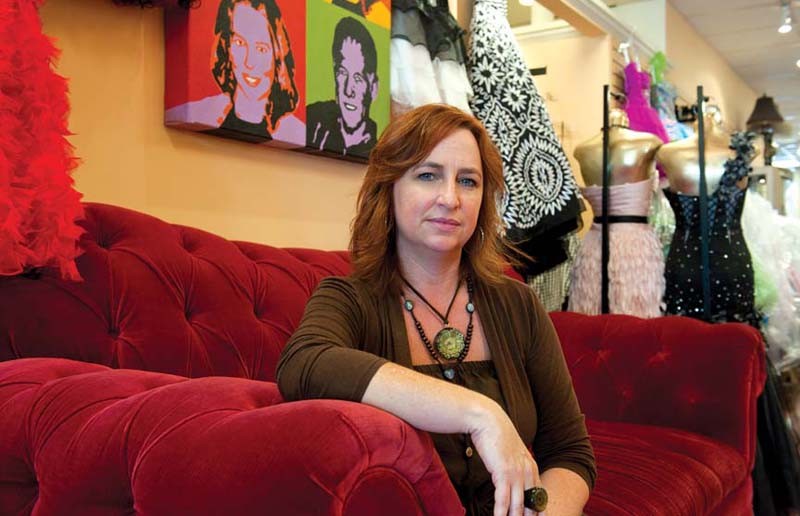 Lisa McSherry’s voice breaks as she reads the words she wrote in December 2001. It’s been a long time since she last opened the blue spiral notebook. “I haven’t read this since then,” she says.

In the back of the notebook, she finds a letter from the Hilton Millenium New York Hotel, informing McSherry that the possessions she left in her room cleared federal inspection and can be picked up anytime. (She never retrieved them.) There’s also a small paper folder from the hotel. “Oh my God, I still have my key,” McSherry says, opening the folder. She examines the white plastic card: Room 4509, directly across from the World Trade Center.

She doesn’t like telling the story of that morning. How she felt the hotel floor move under her feet. How she watched the ash billow like a snowstorm and wondered, “Is it a celebration?” How she saw people standing in the tower windows, trying to decide what to do.

McSherry, who owns clothing store Lex’s of Carytown, was one of Richmond’s frontline witnesses to the attacks in New York on Sept. 11, 2001. This year, looking back will be especially difficult, she says: “I’ll have to shut the news off. I want to mourn in my own way. I do want to go back down [to ground zero]. I’m not going to go on the day. But I am definitely, before the year is out, going back down. I want to see the memorial.”

As the rest of Richmond prepares to observe the 10th anniversary of that day, Style Weekly asked: How will we remember? How have we changed?

Steps forward — and back 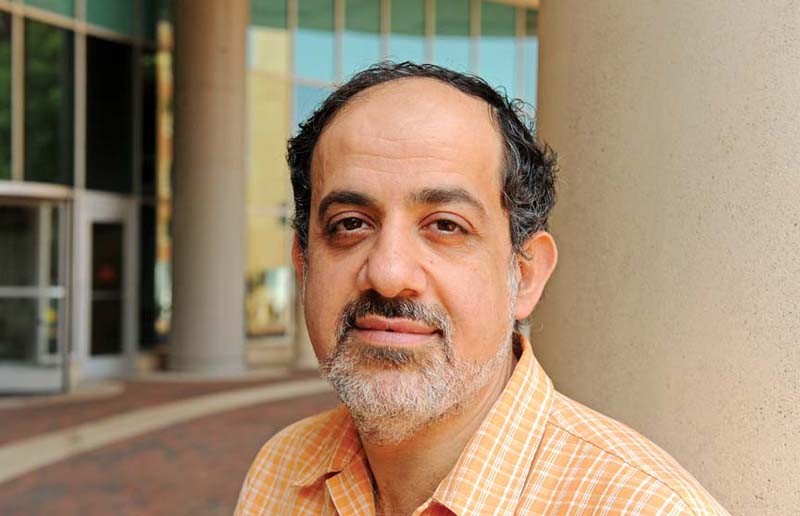 For Imad Damaj, it’s been a decade of challenges. Seven years after the attacks of 9/11, for example, the Henrico County Board of Supervisors rejected a proposal to build a mosque amid what Damaj recalls venomous rhetoric. Last month, the same body approved it. “Steps forward, and then steps back,” he says.

Damaj, professor of pharmacology at the Virginia Commonwealth University’s Medical Center, almost sighs while he expounds on the national conversation about Islam and the well-being of its local practitioners.

“After 9/11, a lot of people who practice the faith were asked to carry the burden of these hijackers,” he says. “Bottom line is, these people misunderstood the religious tradition, took it out of context, abused it and then made life tougher for American Muslims and tragic for all Americans.”

Sitting on a stone bench along Marshall Street, Damaj, a Lebanese expatriate, recalls the day. Like most, he saw the video of the second tower falling while watching televised news reports. “I felt numb,” he recalls. And then, like so many others, he left work to spend the rest of the day with his wife and children.

Damaj, who’s taught at VCU for nearly 20 years, is president of the Virginia Muslim Coalition for Public Affairs. In the immediate aftermath of the attacks, he says that Richmond, especially its faith community, embraced local Muslims.

But slowly, those bonds and the sense of unity have dissipated. To re-establish them, he says, it will be just as necessary to look forward as look back. “We as a country cannot and will not forget the tragedies of the past,” he says.

Are we safer now? Or do we just think we are?

In the months after 9/11, new security and counterterrorism measures were put in place in the city, including some that seem extreme in retrospect. In October 2001 sheriff’s deputies began patrolling Ancarrow’s Landing on the James River. They checked fishermen’s IDs to prevent any attacks on the city’s water treatment plant by “a terrorist, or an angry drunk guy,” in the words of James River Park System Manager Ralph White.

Deputies no longer patrol the landing. But Virginia continues to be vigilant, says Terrie L. Suit, state secretary of Veterans Affairs and Homeland Security. “We’ve never put our guard down,” she says, crediting a “culture of awareness” that comes from Virginia’s military presence and proximity to the federal government.

“I’m a huge believer in our fusion center,” Suit says, referring to the always-open terrorism intelligence center operated by the Virginia State Police and the Virginia Department of Emergency Management. Has the center foiled any plots in the last 10 years? It does “a lot of things I can’t really talk about,” Suit says.

Terrorists’ goal is publicity, says William W. Newmann, an associate professor of government and public affairs at Virginia Commonwealth University. “The bigger the city, the more spectacular the attack,” he says, “basically the stronger that they get their political message across.”

So Richmond, presumably, isn’t high on any organization’s strike list.

But some experts speculate that a city such as Richmond might be a target precisely because terrorists want to spread fear to other small cities. The message, Newmann says: “We’re not just going for the spectacular; we’re going for the average.”

The students in Newmann’s terrorism class at VCU now take airport scans and security alerts for granted. “They’ve lived most of their life, most of their, I guess, politically conscious lives, in a post-9/11 world,” he says. The possibility of a terrorist attack “is just a part of their lives now.”

At the same time, a decade of heightened security has made them comfortable. Newmann polls his students, asking them if they have basic emergency supplies: water and food for three to four days. “Most people aren’t doing it,” he says. The prevailing feeling, he says, is that “it couldn’t really happen that badly here.”

Edward A. Robbins recalls listening through the phone while his wife relayed news that the towers had fallen. He thought ahead to another phone call he knew would be coming soon, and with it, orders to report for duty.

In the fall of 2001, Robbins was a 38-year-old lawyer and reserve major in the Army’s legal department, the Judge Advocate General Corps. Three days after the terrorist attacks he left behind his wife, children and a general practice in Colonial Heights and reported for duty in Washington. When he arrived, the Pentagon was still on fire.

Robbins, along his commander, Craig Bell, a tax lawyer with McGuireWoods in Richmond, spent the next four weeks in a nearby Sheraton hotel manning the Pentagon Family Assistance Center Legal Office. This hastily formed law clinic was established in the wake of the attacks to help families of the dead and missing sort through their loved ones’ legal affairs: matters as varied as property transfers and headstone purchasing.

“It was subdued chaos,” Robbins says. “There were people who didn’t know which end was up, and our job was to help them as best we could.” Robbins estimates that they consulted with upwards of 70 families during those first two days in their makeshift hotel room turned law office. “It was like trying to build an airplane and fly it at the same time,” Robbins says.

Robbins since has retired from the Army. But the memories of that month refuse to fade. In 2002 Robbins attended a ceremony at the Pentagon marking the rebuilding of the section pancaked by a hijacked airplane. It was the first time he’d been back since his deployment following the attacks.

McSherry recalls Sept. 10, 2001, the final night in the Greatest Bar on Earth on the 107th floor of the World Trade Center:

“We were probably two of the last 20 people to ever leave — definitely ever leave that space. … The bar itself was very Ally McBeal. It’s like everybody that worked in that building hung out in that club. … And so we just ended up meeting all these people, and just dancing all night.

“As a matter of fact, the one thing I think about always: We’re in the elevator, it’s probably nine or 10 of us, I don’t even know the rest of them. And we’re all arms around each other, singing, ‘It’s up to you, New York, New York’ — kicking our feet, being all silly. That was a really strange memory, because that was it.” S