Thanksgiving in a Glass

Sage, cinnamon and cranberries: a lesson in beer-making at Legend Brewery.

About the only thing the safety goggles saved me from was a surprise spray of water from a hose cleaning out the pin that was set aside to hold our creation. Who really cares if you get a little messy? “Beer is fun,” says Aaron Sanders, a cellar man for Legend Brewing Co., which is in the midst of a 20th anniversary celebration.

As part of the party, Legend has invited a guest brewer each month to come up with a recipe for one of its beers. The pin, a small keg, is tapped on the 20th of every month for the public to have a taste. Dave Gott, the vice president of Legend, asked me to take a slot to represent Style Weekly.

Yesterday, downstairs from the pub, I rolled up my sleeves with Sanders. He used carbon dioxide to clean the pin before we headed to the prep kitchen with my ingredients -- oranges, sage, cinnamon sticks, nutmeg and cranberries I’d boiled the night before. We zested, crushed and juiced, and got the concoction into a cloth that we tied off and stuffed into the pin. Along with that went a bit of sugar slurry, called wort, and Legend’s seasonal Winter White ale -- which in this case went into Fermenting Vessel No. 32 about five weeks ago. With a few strikes of the mallet, I plugged up the pin.

Sanders says it will sit at room temperature for a week before being chilled the night before the tapping. Are you adventurous enough to come taste how it turned out? I’ll be tapping the brew at Legend on Wednesday, Nov. 20, at 6:30 p.m. You can have a taste -- while supplies last. Those 4.5 gallons go fast. In the meantime, check out photos from the crafting process in the gallery below. 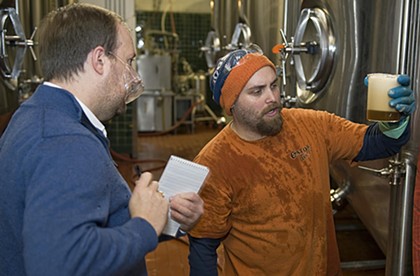 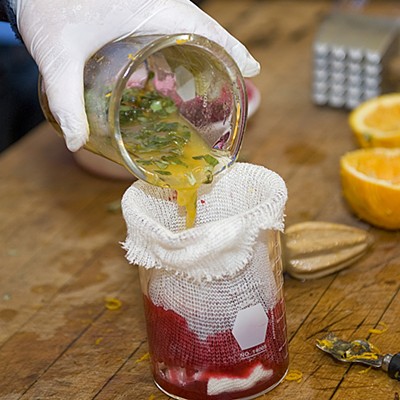 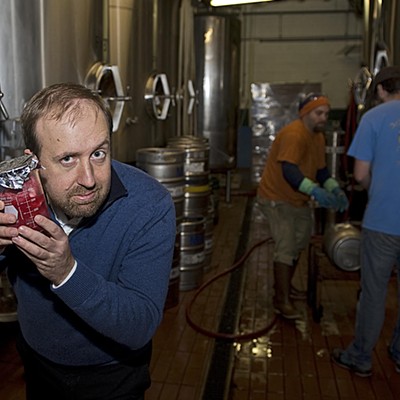 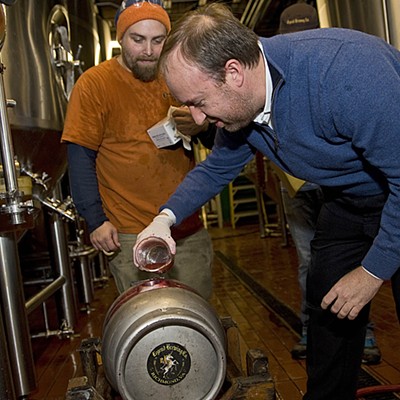 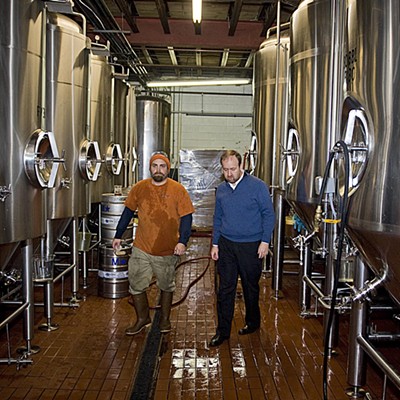