Fifty years later, Berkeley Plantation is still fighting for the rights to the first Thanksgiving. So why isn’t anyone listening? 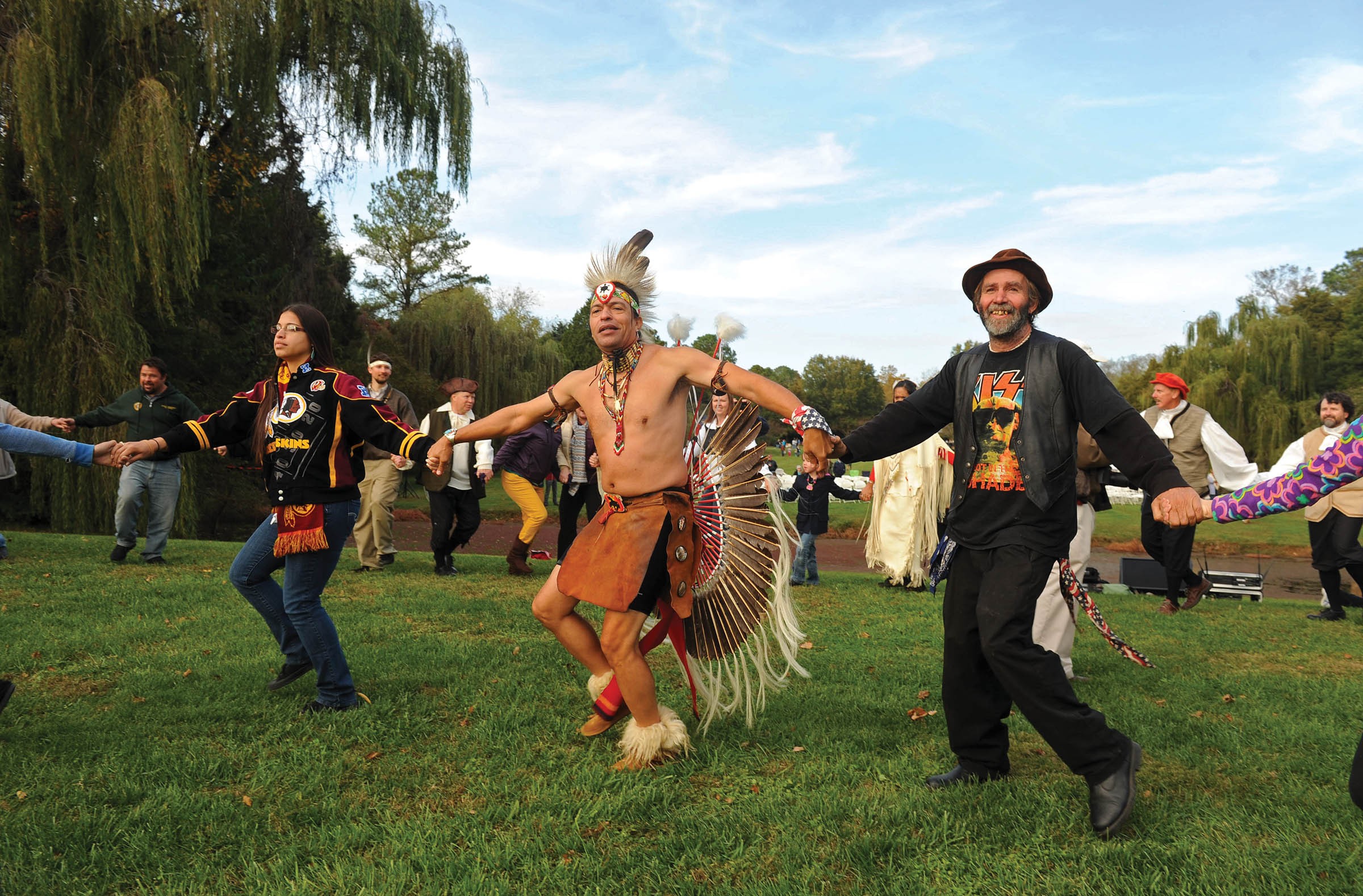 The images of buckle-hat wearing Pilgrims feasting in Plymouth were too much for John J. Wicker Jr. to bear.

In November 1961 the former state senator from Richmond dressed up in full colonial garb, put two live turkeys under his arms and flew to Massachusetts to confront the governor. The trip was front-page news in Richmond. Someone finally was taking a stand: The people of Virginia no longer would sit back and watch while New Englanders wrongly reaped credit for birthing the nation's Thanksgiving tradition.

A new historical notion was being popularized in the pages of the state's newspapers. According to repeated editorials, Thanksgiving was first celebrated not far from Richmond, in what's now Charles City County, a full year before New England's pilgrims landed their ships at Plymouth Rock.

Wicker's trip to Boston was the opening salvo in a battle for recognition that Virginians have been fighting and losing for years. Awareness peaked in 1963 when Wicker successfully convinced President John F. Kennedy to include a reference to Virginia in the annual presidential Thanksgiving Day proclamation. Since then, the state's position has steadily slipped: Historians quibble, New Englanders sneer, and the Virginia origins haven't been observed by a president since Richard M. Nixon.

Graham Woodlief, 67, isn't discouraged. A descendant of Capt. John Woodlief, one of those first Virginia celebrants, he recently took over as president of the Virginia Thanksgiving Festival Inc. — a concern founded by Wicker in 1961.

The group celebrated its 51st consecutive re-enactment of the Virginia Thanksgiving on Sunday at the Berkeley Plantation in Charles City. They call it the first official Thanksgiving because other Thanksgivings, like the Pilgrims', were spontaneous and sporadic, not annual and based on an order from England.

Around 800 people turn out. They eat kettle corn and turkey legs while 14 bearded men dressed as settlers perform a pageant depicting the landing. Woodlief introduces the ceremony, recognizing the dozens of other believers — volunteers, donors and visitors — who make the festival possible.

Before the re-enactors fall on their knees to offer a prayer of thanks for their safe arrival, they read their instructions from the London Company, which sponsored their journey: "Wee ordaine that the day of our ships arrival at the place assigned for plantacon in the land of Virginia shall be yearly and perpetualy holy as a day of thanksgiuing to Almighty god."

At the end of the display, a bugler plays taps. (Berkeley Plantation also claims to be the birthplace of the bugle call.) Then the audience, settlers and members of the Chickahominy tribe of Native Americans join hands and dance in circles.

Plain-spoken and somewhat reserved, Woodlief hopes Virginia's place in Thanksgiving again will be recognized — maybe even one day in a presidential proclamation.

"It's Virginia history," says Woodlief, who as a boy attended the early re-enactments with his father. "I think Virginia should be recognized for this historic event and I don't think we're getting proper recognition."

Virginia's claim to Thanksgiving was controversial from the beginning. Many historians have written it off as a footnote, but proud Southerners such as Wicker and Woodlief point to documentation uncovered in the 1930s.

Records show that a group of 38 settlers landed at what became the Berkeley Plantation on Dec. 4, 1619. Like the re-enactors who followed them 393 years later, it's believed the colonists dutifully followed orders from the London Company to give thanks for their safe arrival in what was meant to be an annual observance of their landing.

The Pilgrims of Plymouth, meanwhile, didn't land until 1620. And their much publicized feast a year later with the natives, the argument goes, didn't even include the word thanksgiving.

Historians say that legends aside, Thanksgiving as a national holiday doesn't have much in common with any historic events — in Plymouth or otherwise.

"What we in the modern United States celebrate in November has nothing really to do with either the 1619 event in Virginia or the one traditionally cited in New England," says Robert Galgano, a history professor at the University of Richmond. "So to argue about which event was the 'first' Thanksgiving is nonsensical."

There are now localities in Florida, Texas, Utah and Maine that all claim to have been the site of the first Thanksgiving in North America. No one in Plymouth is particularly worried by the trend.

"Lately it's become fashionable for everyone else to say, 'Well, there were other first Thanksgivings,'" says Stephen O'Neill, associate director and curator of the Pilgrim Hall Museum there. "If they want to celebrate a 1619 Thanksgiving, there's no reason they shouldn't. I'm sure if we look in Mexico we can find some going back to the 1500s. … But the celebration that inspired the national holiday is the one that occurred here." 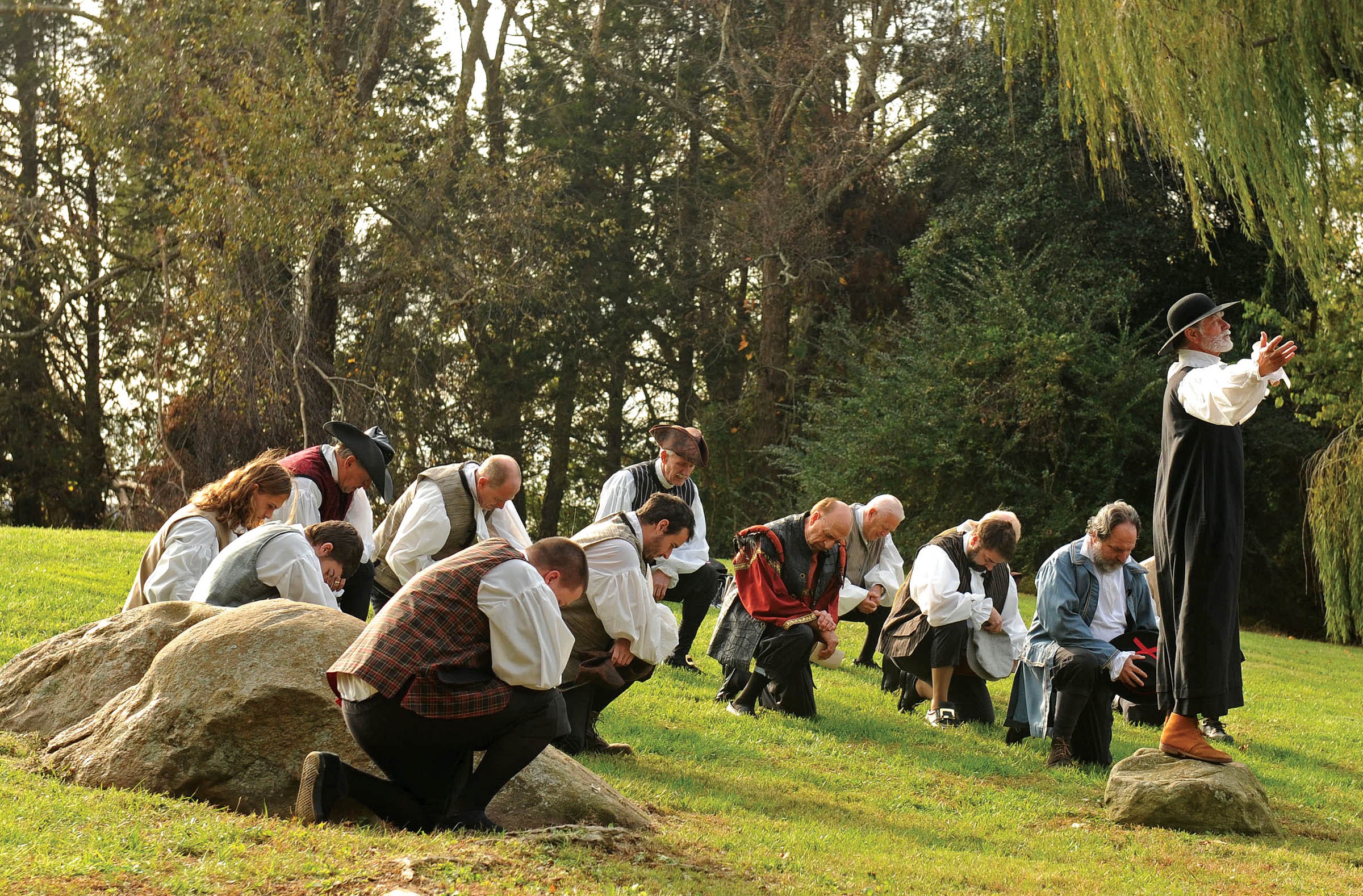 Through the years, proponents of the Berkeley Thanksgiving changed tactics. While Wicker looked to presidents and governors for validation, later Thanksgiving evangelists targeted children. But proponents were rebuffed in their efforts to be included in the state's elementary school history textbooks. In 1984 a consultant to the Fourth Grade Virginia Studies Committee, D. Alan Williams, told The Richmond News Leader that "there are more important things to focus on" and that "chronology is not reason enough to declare Virginia's the prototypical Thanksgiving."

Read literally, the instructions from the London Company required the colonists to mark the day of their arrival in subsequent years with an annual day of thanks, he says. There are no records that indicate what the settlers did when they arrived, he says, but there are documents that show most likely were dead by the time the anniversary rolled around. In his mind, that makes a ceremony giving thanks for their arrival a year earlier unlikely. And even if it did take place, there's no way to prove it.

He wrote an article for the Times-Dispatch several years ago explaining as much, but since then the same newspaper has printed a handful of unquestioning features on the celebration. "People write what they want to write," he says. "It still gets in the press every year. … Virginians always wanted to outdo the people in Massachusetts. That's just the way they are."

No one was particularly surprised when Wicker, at 67, dressed up like a colonist and traveled to Massachusetts to promote the Thanksgiving festival he'd founded. He was apparently prone to flourishes. A lawyer and lobbyist with a high-pitched, almost squeaky voice, he wore a bizarre toupee and walked around Richmond carrying "the biggest walking stick of any able-bodied man we know," according to a 1961 column in The Richmond News Leader.

What compelled him to adopt the cause of a Virginia Thanksgiving? "Pro bono publico, pro bono publico," he told the columnist. To Wicker, it was in the public interest that Virginia be recognized as the holiday's birthplace.

Today, Woodlief doesn't carry a stick, still has most of his hair, and wears a blue blazer in lieu of colonial garb. But he shares Wicker's belief that it's in Virginia's interest that the commonwealth be recognized for its role in the holiday.

Detractors can say what they want; to Woodlief it's a matter of faith and pride in his heritage. "Based on the documents I've seen I truly believed it happened," he says.

"It's of no great consequence either way," Tarter says of the modern Thanksgiving. "You can still eat like a pig." S