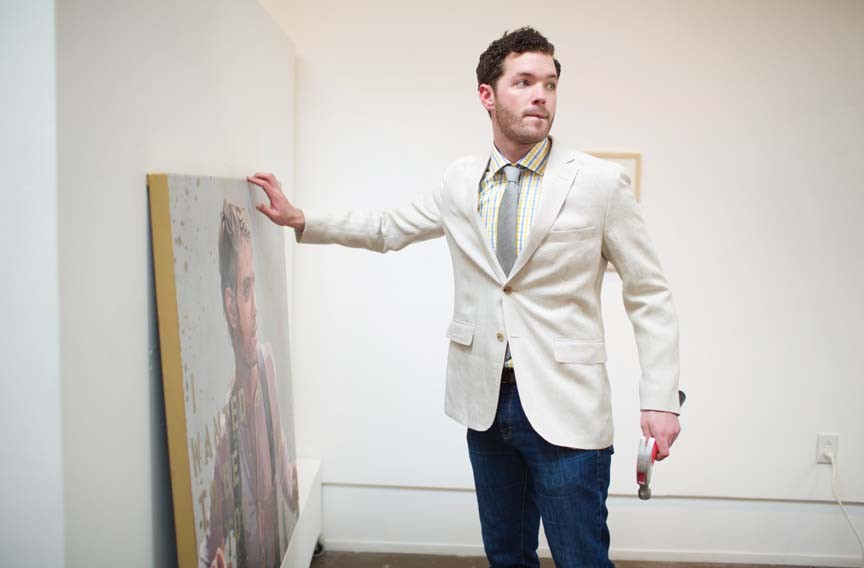 The most surprising thing to hear from multi-hyphenate Terence Sullivan is his assertion that he's "incredibly shy."

This comes from the actor who stomped around the Firehouse Theatre stage in 6-inch heels and fetish wear as the character Frank N. Furter in the "Rocky Horror Show," a performance that earned him a best actor nod from the Richmond Theatre Critics Circle last year. Or who regularly dons dapper outfits in the pages of the look book for Richmond men's clothier Ledbury.

"Performing is one of the hardest things for me to do," he says.

But the Maryland Institute College of Art graduate always has seemed to fall into it, from the time his mother sent him to his first audition "to buy time at the house without kids." He says his quiet time spent painting feels therapeutic and has helped him find the intimate moments in his acting. It's also landed him exhibits in New York, Baltimore and locally at Quirk Gallery.

His day job as a creative producer working on videos for West Advertising in San Francisco has kept him away from the canvas lately, but he's developing his next project to benefit the Richmond arts community, proceeds likely going to the Cindy Neuschwander Foundation. He says his various pursuits all reinforce similar lessons: "The biggest thing I have learned is that the only thing that reaches someone is honesty." With talent like his, Sullivan clearly is going to be reaching more and more people.