A consumer guide to the new season.

After years of begging for the return of scripted television, we finally get our wish. The networks play it fairly safe while covering all the bases, ensuring there's something new for everyone. Without further ado, the best and worst of your fall viewing lineup:

“Hawaii Five-0”
When: CBS, Monday, 10 p.m.
What: I don't know which is more impossible: the premise of this show or that I really am interested. Scotty Caan, Alex O'Loughlin, Daniel Dae Kim and Grace Park all blowing stuff up?
Verdict: Watch

“Lone Star”
When: Fox, Monday 9 p.m.
What: After this summer, television fans aren't ready to empathize with an oil family.
Verdict: Skip

“The Event”
When: NBC, Monday 9 p.m.
What: Conspiracy theories, cover-ups, assassinations. Oh, and probably aliens. The Peacock is looking to weave multiple plots and an ensemble cast to produce a water-cooler show. I hope they don't screw this up.
Verdict: Watch

“Chase”
When: NBC, Monday, 10 p.m.
What: Another show about a cowboy-boot-wearing U.S. Marshal. But unlike the strong characterizations found on FX's “Justified, this show shoots blanks.
Verdict: Skip

“No Ordinary Family”
When: ABC, Tuesday, 8 p.m.
What: Regular people discovering they have superpowers. Think less “Heroes” and more “The Incredibles.” Disney's hoping it has a family show here.
Verdict: Meh

“Raising Hope”
When: Fox, Tuesday 9 p.m.
What: Somehow an idiot twenty-something ends up with a baby. Before you instantly dismiss this, it's a Greg Garcia (“My Name is Earl”) show. It's going to be fantastic.
Verdict: Strong watch

“Running Wilde”
When: Fox, Tuesday, 9:30 p.m.
What: Fox has allowed the creative team of “Arrested Development” to put Will Arnett in another vehicle. He's playing a rich jerk in an “Odd Couple” romantic comedy.
Verdict: Don't get attached.

“The Whole Truth”
When: ABC, Wednesday, 10 p.m.
What: Rob Morrow and Maura Tierney square off as opposing lawyers with the same haircut. Maybe they can carry the show, but it's a Bruckheimer production.
Verdict: Meh

“The Defenders”
When: CBS, Wednesday, 10 p.m.
What: Jim Belushi and Jerry O'Connell in a buddy lawyer drama set in Las Vegas. Really? Do we need another show set in Vegas?
Verdict: Skip

“Undercovers”
When: NBC, Wednesday, 8 p.m.
What: Really attractive, married, retired spies return to the game to spice up their marriage. J.J. Abrams invented the word “sexpionage” specifically for this show.
Verdict: Meh

“My Generation”
When: ABC, Thursday, 8 p.m.
What: A scripted faux documentary looking at the lives of nine high school kids 10 years later. It could go deep, or could go clichAc.
Verdict: Meh

“$#*! My Dad Says”
When: CBS, Thursday, 8:30 p.m.
What: Shatner stars in the first Twitter-to-book-to-TV-series. It might make it half a season. Sorry, Bill.
Verdict: Watch once

“Secret Millionaire”
When: ABC, Friday, 8 p.m.
What: Rich people learn to live like the rest of us by going undercover. And then write checks. Here's a hint, they call us “them” in the promo material.
Verdict: Skip

“Body of Proof”
When: ABC, Friday, 9 p.m.
What: Dana Delaney stars in a medical procedural about a fallen neurosurgeon who winds up as a medical examiner. Left to die on Friday night.
Verdict: Skip 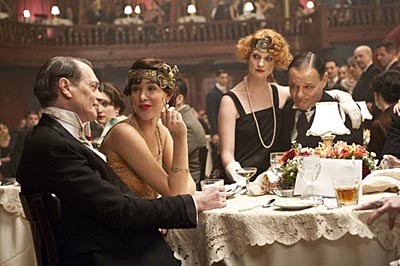 “Outlaw”
When: NBC, Friday, 10 p.m.
What: Jimmy Smits plays a Supreme Court justice turned lawyer who, would you believe this, frequently ends up taking the hard cases to the Supreme Court! Saving grace? Rap star the RZA.
Verdict: Meh

“Terriers”
When: FX, Wednesday, 10
What: Donal Logue stars in a dark comedic drama about a low-rent washed up private investigator in scenic San Diego. I'm hoping for “The Shield” meets “It's Always Sunny.”
Verdict: Watch