Two new sitcoms will bore you to tears. 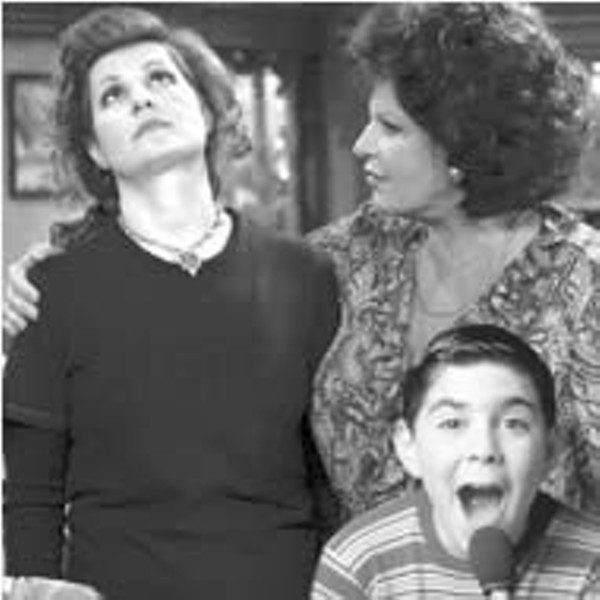 "My Big Fat Greek Life" picks up where last year's little-movie-that-could ended. "My Big Fat Greek Wedding" was the film that everybody was talking about. Made on a shoestring budget, it grew like Topsy until anybody who wanted to hold his own in a pop-culture conversation had to see it. So, the reasoning went at CBS, we can make this into a hit TV sitcom.

Sure enough, "My Big Fat Greek Life" debuted to impressive numbers Sunday nights at 8. Then it tanked.

The tightly told and focused storyline of the movie, which progressed inexorably from A to Z with a few good laughs along the way, stumbles and falters on the small screen and barely seems to recognize that B follows A, much less how to get there.

All the same elements that were in the movie are present in the series —Nia works in her Greek family's Dancing Zorba's restaurant, all the Greek aunts and uncles and cousins and siblings work their heritage as shamelessly as Redd Foxx used to work his (and with much the same lack of taste), and Nia's new non-Greek husband is their foil.

But it just doesn't work this time. The plots are pedestrian, the writing is sitcom formulaic, and if TV viewers have a modicum of taste left, the end is nigh.

Over on Fox at 8:30 p.m. Sundays, "Oliver Beene" is taking a different tack. Instead of playing off a hit movie, it's playing off the baby boomer lust for nostalgia. It's set in 1962 and centers on an 11-year-old from a distinctly middle-class family full of — you guessed it — wacky oddballs whose antics are supposed to be comedic. Dad is a dentist whose big idea of fun is grilling on the balcony, mom wants to be Jackie Kennedy and older brother Ted wants to find his own Mrs. Robinson, even though he wouldn't know Tab A from Slot B if he did.

The only bright — and mildly innovative — note in "Oliver Beene" is struck by Oliver's friend Michael, who knows all the words to every song Judy Garland ever sang. (Is it just coincidence that the show is set in Queens?)

But, again, it's the wearisome writing and the ho-hum plots that spell doom for this series.

With writers agonizing over the fact that their jobs are disappearing as reality series take over television, one would think they'd work harder to prove their worth. Alas, such seems not to be the case.