West Wing creator's new series is based on a D.C. that no longer exists. 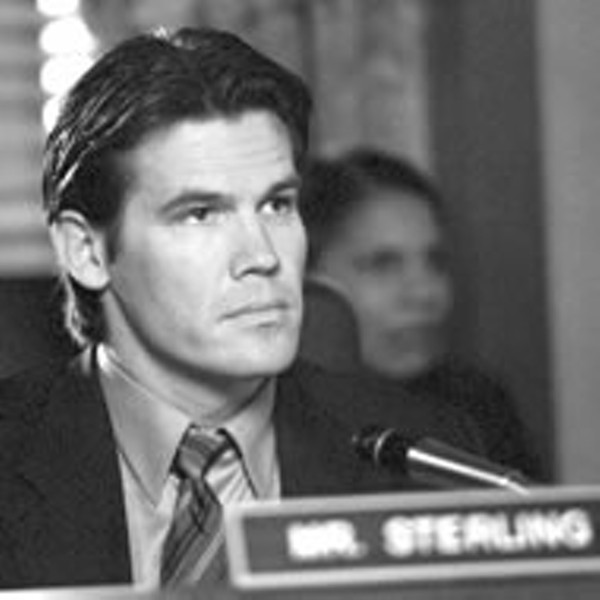 He's a guy who was perfectly content teaching classes for prison inmates back home in California. Until, that is, the Golden State's too-shrewd-by-half Democratic governor appointed him to replace California's senior senator, who died unexpectedly. Name recognition was the main reason. Bill Sterling's father, Bill Sterling Sr. (James Whitmore), was once a popular and powerful Democratic governor of California.

If you follow politics even peripherally, this all makes sense. Two years from now, Bill Jr. will have to run for the seat he was appointed to. Making an impression on voters and raising campaign money will be much easier with a name that is only a "Jr." away from that of a politician the people have already grown to know and love.

But there's one teensy little problem. Since Bill Jr.'s dad was a Democrat, everybody assumed that Bill Jr. is a Democrat. Not so. Bill Jr. is a registered Independent, and he throws the balance of the Senate up for grabs as soon as he takes the oath. With his sudden new clout, Bill Jr. wrangles himself a seat on two powerful committees, something no freshman or interim senator would ever be able to do otherwise.

He also astounds the rest of the players, both in his own office and in Washington power circles, with his integrity. He won't even let a lobbyist buy him a cup of coffee.

In the first few episodes of this midseason replacement series, "Mister Sterling" has established that it will center on a politician as rare as elephant feathers: a sincerely honest, sensitive politician — a man of sterling character. Brolin, with his dark good looks, gives the role his best shot. But he doesn't have the bones to make Sterling realistically sincere in the way that, say, Martin Sheen does on "The West Wing."

Brolin is aided by an excellent supporting cast, including the talented Audra McDonald as his D.C.-wise chief of staff and the capable William Russ as his legislative director.

Trouble is, the concept stretches credibility so far it can't help but snap. Will anybody actually believe that a man of such honor can make it in the D.C. snakepit? Given how events of the past decades have taught us to sigh at, then ignore, then lose interest in the all-too-visible muck that cakes the feet of our elected representatives, it's too much to ask. In the reality that is Capitol Hill, they'd eat this guy for brunch.

Created by "West Wing" writer Lawrence O'Donnell, "Mr. Sterling" has been called a "Mr. Smith Goes to Washington" for the 21st century. That may be so, but Frank Capra's "Mr. Smith" was released in 1939. We were much more na‹ve then.

"Mr. Sterling" might depict a world we long for. But real-life politics shot down our fantasies long ago. "Mr. Sterling" seems destined for the same. S