As far as obsessive-compulsives go, "Monk" is oddly endearing. 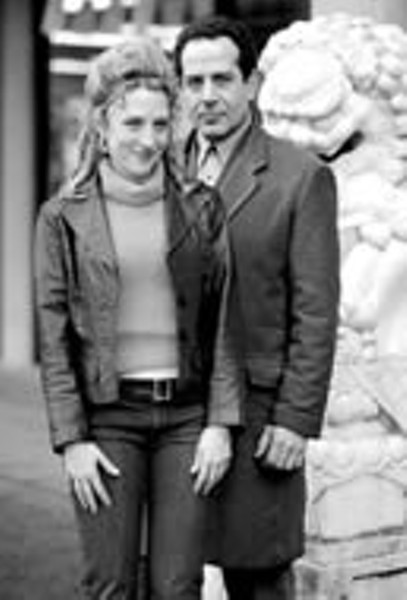 Now she's his Girl Friday, ready with a handkerchief when Monk is forced to shake hands with somebody, and ready with the car keys when he needs to go somewhere. She's also ready with the occasional quick idea, and even readier with an admonition when Monk's obsessions kick into high gear.

Monk's compulsions are both his curse, keeping his life to a rigid routine, and his blessing, focusing his keenly analytical mind on the case at hand. He has an uncanny knack for seeing things that lesser detectives don't see, small but revealing clues that put him in the Sherlock Holmes class. On the other hand, he keeps his clothes in plastic bags, cannot resist the urge to adjust Venetian blind slats so that they are uniform, sterilizes his toothbrush daily and is compelled to touch parking-meter stanchions as he passes by. He's afraid of germs, heights and crowds. Yeah, and he rearranges throw pillows and flosses regularly.

His nemesis — every detective whose methods are, shall we say, oddball, needs one — is Capt. Leland Stottlemeyer, who may also suffer from the some sort of mental imbalance since he often switches hats and acts as Monk's protector. Stottlemeyer was Monk's supervisor back when he was a cop, and although he's won lots of medals, he'll never be as good as Monk, and that rankles him, but not so much that he's lost respect for his former protégé.

Naysayers were legion when the creators of "Monk" first proposed it as a network series. ABC turned the idea down two years in a row, claiming it couldn't be cast. Others suggested that an obsessive-compulsive detective was a one-trick pony whose charm would soon wear thin. The naysayers were wrong. USA has cast "Monk" brilliantly, with Tony Shalhoub in the title role, Bitty Schram as Sharona Fleming, and Ted Levine as Stottlemeyer. Shalhoub, whom you may remember as a character actor in "Men in Black" I and II, and "Wings," takes Monk seriously, playing him with charm and sensitivity. And he can set up a laugh while never really leading anyone, including the audience, to forget that his character's disorder is one that haunts real people in real life. He harnesses Monk's obsessive-compulsive problems instead of belittling them.

Remember the sobbing right-fielder in "A League of Their Own," the one that Tom Hanks' character told there's "no crying in baseball?" That was Bitty Schram, who plays Sharona. She's been working ever since, in TV series such as "Felicity" and "Roswell," and in movies such as "Marvin's Room" and "One Fine Day." She's just what the doctor ordered for her role in "Monk," adding a strong dose of reality when Monk wanders afield and the precise flip attitude toward his foibles.

Levine (Buffalo Bill in "Silence of the Lambs") has one rationale only as Stottlemeyer: playing foil to Monk, and he does it with flair and purpose.

"Monk" has legs. The point was made eloquently when Disney, which produces "Monk" and owns ABC, repurposed it for a month to keep ABC's ratings from completely tanking over the summer. It worked. So don't be surprised if this gem of a series makes its way back to ABC's primetime schedule again. S

New episodes of "Monk" debut on the USA Network Friday nights at 10 p.m. with repeats scheduled at various times each week.