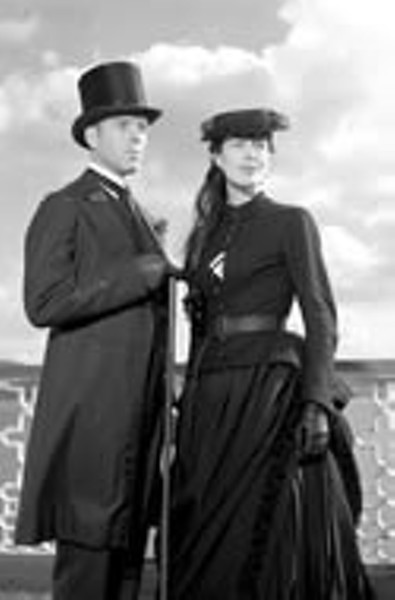 Last season, PBS diddled with its schedule and moved "MT" to Monday nights. How better could PBS rectify that mistake than by returning to its roots and scheduling a masterful remake of "The Forsyte Saga" to kick off its new season and the return of "MT" to Sunday nights?

In a word, this new version of "The Forsyte Saga" is stunning. Airing in eight installments beginning Oct. 6, it's also breathtakingly beautiful and masterfully acted, with Damian Lewis ("Band of Brothers") as the tortured Soames Forsyte and Gina McKee ("Notting Hill") as the wife who loathes him.

Galsworthy's story is richly layered, full of intriguing subplots and mesmerizing twists, as well as a fully realized use of architecture as metaphor for the story's central themes of irrevocable change and powerful yearning.

And the language — how it soars with epigrammatic Victoriana. "My children have afforded me a distraction from the relentlessness of marriage," says Soames' mother. "The loss of a husband is as nothing to the loss of a good butler," says an elderly aunt.

Another plus is that in the intervening years, television and its audience have grown up enough to explore more fully the sensual and sexual nature of Galsworthy's epic story.

"MT" fans have two good reasons to rejoice. The program is back where it belongs on the PBS schedule, and this new "Forsyte Saga" is perfection in every way. — Don Dale