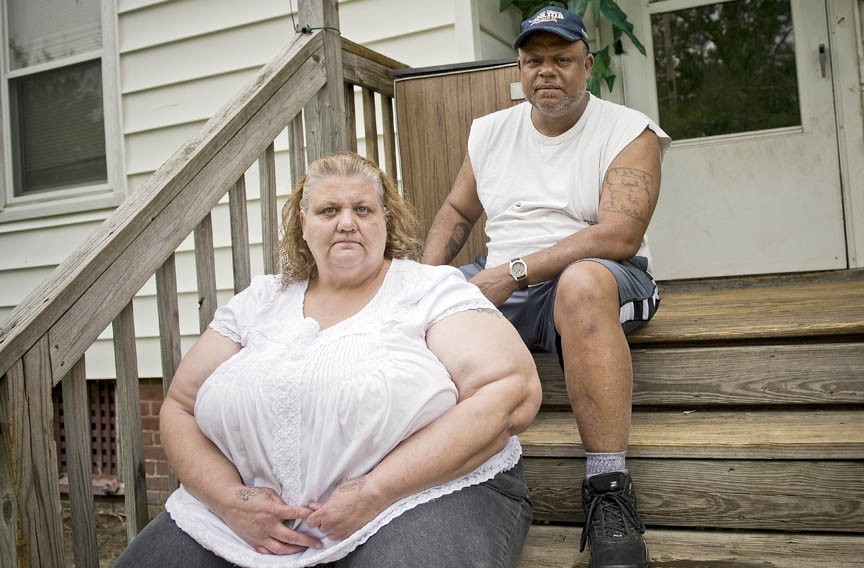 The decision to close the Richmond Juvenile Detention Center may have, at least in part, come down to the safety of a 17-year-old convicted murderer.

The parents of Briana Johnson say their daughter was abruptly transferred out of the detention center after a physical altercation between her and a female employee of the center. The transfer came just days before Mayor Dwight Jones announced his decision to close the facility.

Johnson, who's been at the center since February 2011, was convicted of second-degree murder in August for the killing of Barbara "Barbie" Stinnett. Johnson's parents, Harmon and Tammy Johnson, say their daughter was verbally harassed for months by a female guard before she bumped their daughter. Johnson sustained no injuries, they say.

Sitting on the porch of their Highland Springs home, Johnson's parents recount their daughter's experience of the last year. Last February , she was with her boyfriend, Kevin Scott, behind the Popeyes Louisiana Chicken on Chamberlayne Avenue when he shot and killed Stinnett during a robbery attempt. Police took Scott and Johnson into custody shortly afterward, with Johnson, then 16, sent to the city's juvenile detention center.

Johnson's parents say their daughter made numerous complaints about the alleged harassment through the center's internal grievance process, but the issue never was addressed. Her father says he met with facility's assistant superintendent, Wayne Williams, in January. "He told me to give him a week to look into it," Harmon Johnson says. "I did, but then we never heard back."

By February, the controversy over allegedly unsafe conditions at the detention center was boiling. The state Board of Juvenile Justice placed the facility on probation Jan. 10. The juvenile detention center superintendent, Diane Gadow, was fired the next day. Meanwhile, the Johnsons say their daughter continued to receive brusque treatment by the female guard.

The alleged bumping took place in early April. State law requires that any incident of abuse or neglect involving a child be reported immediately to local law enforcement and social service officials, says Deron Phipps, Director of Policy and Planning for the state Department of Juvenile Justice. Johnson's parents say it's not clear whether any member of the RJDC staff did so.

Following the alleged physical altercation, the Johnsons say their daughter asked her probation officer from a previous conviction to look into the situation for want of being transferred to another facility.

Two weeks later, Johnson was transferred to a juvenile detention center in Chesterfield County after an order of protection was obtained on her behalf, her parents say.

City officials decline to comment, citing the potentially criminal nature of what they've called "new" allegations. "I'm not at liberty to speak about a potentially criminal investigation," says David Hicks, interim director of the city's Justice Services Department and senior policy adviser to the mayor.

Briana Johnson will be confined at Bon Air Juvenile Correctional Center until she's 21. Afterward she'll be transferred to an adult facility to serve the final eight years of her sentence.