"The only realistic way to keep professional baseball in Central Virginia is to once again join in a regional financial solution." 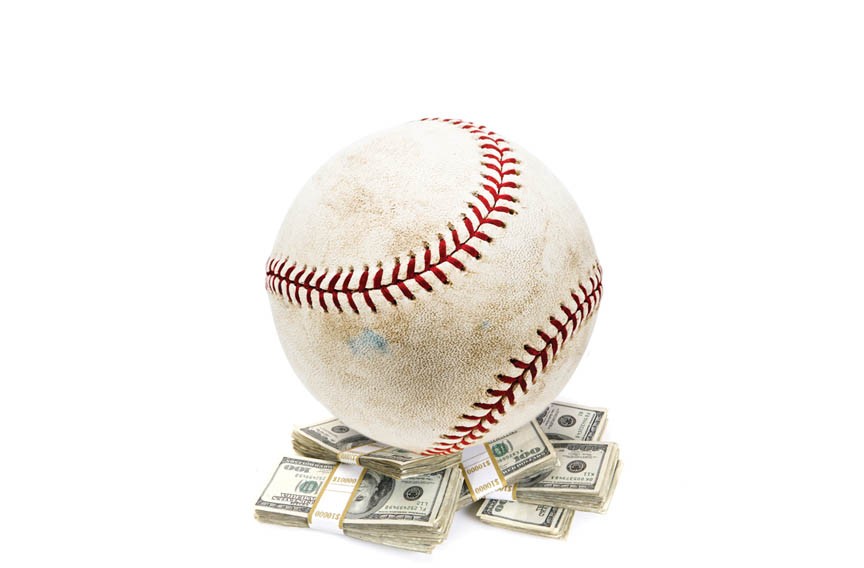 Regional baseball began almost 30 years ago with the development of The Diamond on the Boulevard. Manuel Deese, Richmond's city manager, appealed to Chesterfield and Henrico counties to help jointly pay for this new stadium to replace the city-owned Parker Field. In its April 1985 recap, the Richmond Times-Dispatch reported that "all parties agree that the cooperation of the three jurisdictions was the single most important factor in the project. Without that, kiss a new stadium goodbye."

The same is true today. A major reason behind that regional effort was summed up then by Chesterfield Supervisor Geoffrey H. Applegate. "We can't all have an airport or a stadium. We can't afford it."

This remains true today. The Diamond cost about $8 million to build in 1985, which was about $17 million in today's dollars after adjusting for inflation. Roughly half of that amount was provided by local governments, and of that portion, one-third was provided by the city of Richmond. The latest cost estimate for a new baseball stadium is at least $50 million. While the cost of new baseball stadiums has skyrocketed, the sport's popularity has decreased. According to the annual Harris Poll, the percentage of Americans saying that baseball is their favorite sport declined from 23 percent in 1985 to just 16 percent last year.

County leaders have indicated they are not now in a position to help pay for a new stadium. They say budgets are tight and other priorities should come first. So, some stadium proponents have appealed to Richmond's mayor and City Council to consider going it alone.

This is surprising. Compared to its adjacent counties, the city of Richmond has the least population, lowest median household income, lowest municipal bond rating, and yet the highest real-estate-tax rate. The Flying Squirrels baseball team conducted a survey to determine where its fans live. Only 13 percent were city residents, while more than half came from the counties of Henrico, Chesterfield and Hanover. The only way to realistically keep professional baseball in Central Virginia is to once again join in a regional financial solution.

And here's where location matters. In 2003, the city of Richmond and Henrico and Chesterfield counties all approved a major renovation plan for the Diamond at its current Boulevard location. Then, a private group proposed building a new downtown stadium to Richmond's City Council. The response from the counties? "If we are going to be talking about a new location, then all bets are off," Arthur S. Warren, chairman of the Chesterfield Board of Supervisors, told the Times-Dispatch. "If they want a new stadium downtown, they can pay for it," said Henrico Supervisor Richard W. Glover said.

In the 10 years since, there have been many developer proposals, promotional presentations and consultant reports for alternative sites. Yet, there has still been no formal support by any of the neighboring counties for professional baseball at any other location than the Boulevard.

Richmond leaders can still decide to go it alone, but it likely would be costly. The experience of the current home of our former Braves baseball team provides guidance. Gwinnett County in Georgia attracted that team by promising a new $45 million stadium and fast-tracking the approval process: no requests for proposals, no public meetings and no public vote. When the development cost quickly rose to $64 million, many local residents rightfully were furious. Six months after the new stadium opened in 2009, the county commissioner who led the drive for baseball in that area announced he would not seek re-election. None of the county commissioners listed in the bond prospectus for that new stadium are currently serving on the board.

A better process was used last year by the city of Wilmington, N.C. Rather than pursuing a costlier creative financing option, city leaders there let the voters directly decide whether to pay for a new $37 million ballpark through increased property taxes. In a televised debate on the ballpark referendum before election day, Wilmington's mayor told local taxpayers: "If you can't afford it, I respect that. Don't vote for it." The referendum was defeated by a 70 percent to 30 percent margin, although proponents outspent opponents two-to-one in campaigning and the local Chamber of Commerce endorsed the plan. The expected financial burden was too much for the taxpayers of that city to bear by themselves.

Richmond's City Council members last week rejected by a 6-3 vote a proposed stadium referendum that would have given voters a say on the location of a new ball park. The council members opposing the referendum argued, in part, that they have yet to see any plans for a new stadium from the Mayor's Office. If and when the details of the new stadium plan are announced here, Richmond voters deserve the right to have a direct say if they are asked to solely financially support it.

One way or another, Richmond leaders should return to supporting a regional funding plan for professional baseball at the Boulevard. It worked 30 years ago, and is still the best approach today. The first step is to stop the current confusion by formally endorsing a regional solution and finally ending the counterproductive talk about going it alone. S

John Gerner is a Richmond-based leisure industry consultant and chief election officer of his East End home precinct. In the past, he served as Richmond's liaison consultant for the Performing Arts Committee, representing both the mayor and City Council.