There is no scientific evidence that contradicts the modern theory of evolution. None. 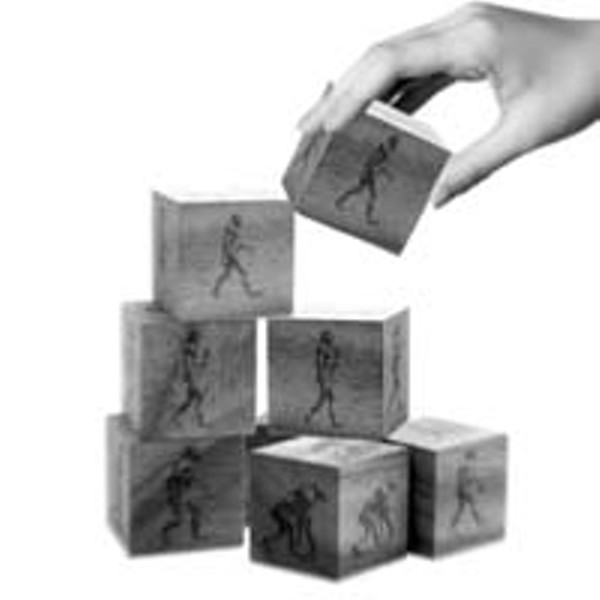 Beyond that, fossils provide thousands of examples of evolutionary pathways leading from earlier, extinct creatures to those currently inhabiting our planet. The fossil records of the evolution of whales and horses are particularly complete.

Most convincing is the evidence written in our own genes. All living things, from the simplest algae to the most complex arthropods and vertebrates, share the identical four-letter genetic code. More than any other evidence, this indicates all living things share a common ancestor.

Even before Charles Darwin published "The Origin of Species," most scientists agreed that life evolves. What no one understood was the cause of evolution. Darwin's great idea — his theory — was not that species evolve, but that species evolve over vast expanses of time, little by little, through the process of natural selection.

No two individuals are exactly alike. Each bug or bullfrog varies in thousands of small ways from its brothers and sisters. Those slight variations provide the raw material for evolution.

Darwin realized most creatures don't survive to adulthood. Predators or environmental conditions kill off most individuals before they reproduce. But certain variations — perhaps a little extra speed or better eyesight — give some individuals a tiny advantage. Individuals with advantageous traits are more likely to survive long enough to reproduce. They then pass the advantages on to their offspring. In this way, over thousands of generations, nature gradually "selects" traits with survival value and weeds out less-successful characteristics.

In everyday speech, we use theory to mean an educated guess, as in, "I have a theory about why I can't find a job." In science, the term for such a supposition is hypothesis. For science, theory has a different, more specific and much broader meaning.

A scientific theory is a comprehensive explanation for a wide and seemingly diverse array of facts and observations. Darwin's theory gathered the many observations of evolution — fossil discoveries, the amazing diversity of life, slight variations among related species found on nearby island habitats and many others. He then explained this speciation by describing the process of natural selection.

A successful theory must also predict results of observations yet to come. Darwin's theory has done that, repeatedly. Every year, paleontologists find more fossil ancestors of modern creatures, providing additional details about how life has evolved. Darwin himself, studying a Madagascar orchid with a nectar chamber 16 inches deep, predicted that a pollinator insect must have evolved to take advantage of the flower's bounty. Fifty years later, scientists finally found it — a moth with a 16-inch tongue!

Theories are always subject to the test of new observations and experiments. There are always more questions to answer. Late in life, Darwin came to recognize that sexual selection also plays an important role in evolution. Organisms choose mates based on appearance, behavior, success in combat or other factors; these selections also influence the course of evolution. As science discovered the molecular mechanisms of heredity, unknown in Darwin's time, the theory of evolution was further modified and clarified. We now know evolution takes place at the genetic level, through modifications in DNA.

Nevertheless, Darwin's theory of evolution through natural selection remains the bedrock of biological science. It allows biologists to look at any anatomical structure or behavior and ask: "Why did that trait evolve? What advantage does it provide?"

A small group of media-savvy Christian activists is trying to convince us that Darwin's theory is still controversial. Proponents of "intelligent design" argue that since modern evolutionary theory cannot answer every question about the origins of life, public-school students should consider "other viewpoints." Some school boards and politicians have bought the argument. But there is no scientific evidence that contradicts the modern theory of evolution. None. There is no controversy about its acceptance within the halls of science.

It's true that biologists cannot follow every step in the evolution of life, and probably never will. There are still huge gaps in the fossil record. Many soft-bodied creatures didn't leave fossil evidence at all. And there are still facts that resist explanation, such as how feathered flight evolved, or why so many new life forms appeared at the beginning of the Cambrian period. Or how life arose in the first place. But these are questions open to further investigation, not evidence of a failed theory.

Life is extraordinarily complex and varied. It's difficult to believe such complexity could arise through natural processes without a designer's hand. But if a scientific concept is hard to believe, that doesn't make it wrong. A century ago, Einstein realized that matter and energy are simply two different forms of the same thing: E=mc2. That was difficult to believe too, but it's since been proven true nonetheless, in explosively convincing fashion.

There is simply no evidence that life was designed by some external, supernatural force. Intelligent design is not science, but a matter of faith. As with all matters of faith, people are free to believe as they choose. Darwin and many other scientists have maintained strong spiritual beliefs while simultaneously studying the world through scientific inquiry.

Faith can be taught freely in our nation, of course, but not in public schools. Public schools are secular institutions, supported by tax money raised from people of many different faiths. That money cannot and must not be spent to promote any one religious viewpoint.

Paul Fleisher has recently retired from teaching in Richmond Public Schools. His two newest books are "Evolution" and "The Big Bang."