A conversation with peace activist Adria Scharf about the context of the Arizona shootings. 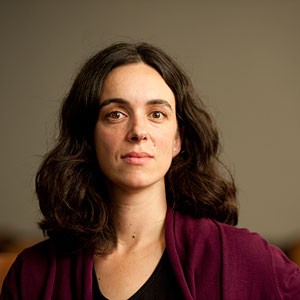 Last week the nation mourned — and then debated — the Jan. 8 shootings in Tucson, Ariz., in which gunman Jared Loughner killed six people and left U.S. Rep. Gabrielle Giffords fighting for her life. We sat down with Adria Scharf, executive director of the Richmond Peace Education Center, to talk about what this incident means for all of us.

Style: Do you think it's fair to assign blame for the shooting to the current tone of political rhetoric?

Scharf: I think there's a fairness to that. … Clearly this individual, the shooter, had mental instability. We don't know the full story yet. But I think it's very justifiable to begin a conversation about the tenor of, in particular, certain conservative talk show and political personalities. … The tone of attack, and the level of aggression … I think could feed into those people in our society who are unstable.

My background is as a sociologist, and in sociology we talk about the confluence of context and choice. So that on the one hand, individuals have responsibility for their actions, as individuals — but there is always a background of context there, that is relevant, and that shapes people's behaviors. … The level of desperation people feel, the insufficiency of social supports, the isolation of families, people's sense that they don't have any opportunity or any legitimate way to survive: I think there are just some background factors that feed a culture of violence. And … if we really do want to truly build a more peaceful society, we're going to have to address some of those issues.

President Obama said Jan. 12 Americans need “to expand our moral imaginations, to listen to each other more carefully.” How can we do that ?

If you read Gandhi, and Martin Luther King, and the great peacemakers in the tradition of nonviolence … they always talked about, you don't have to demonize your enemy. You don't dehumanize the person who you disagree with. You need to be able to look them in the eye and even hold out the possibility that they could … have the potential of being your ally. It's that spirit of agape, or brotherly love.

And so I think about our political system that way. … Disagreement is inevitable, and it's healthy in a democratic society. But you can hold your position strongly in a way that doesn't demonize and dehumanize the people who disagree with you. … That's different from saying, “We all just need to get along.” In a complex society like ours, that's just not going to happen.

The peace center teaches conflict resolution to Richmond schoolchildren. When you have two angry kids standing face to face, how do you teach them to understand each other?

If somebody's communicating to you in a way that's very aggressive or angry, [it helps] if you can sort of read beneath the words, and listen for what their values are. … They're expressing their feelings in anger, but really underlying that there [may be] a common ground of emotions or values that you can actually connect with to transform that moment. To transform the dynamic of the conflict situation to one of collaboration.

How hard is this to do?

Hard. … It's the ultimate act of courage, I think.