Two Richmond artists travel to England with their renditions of a familiar view. 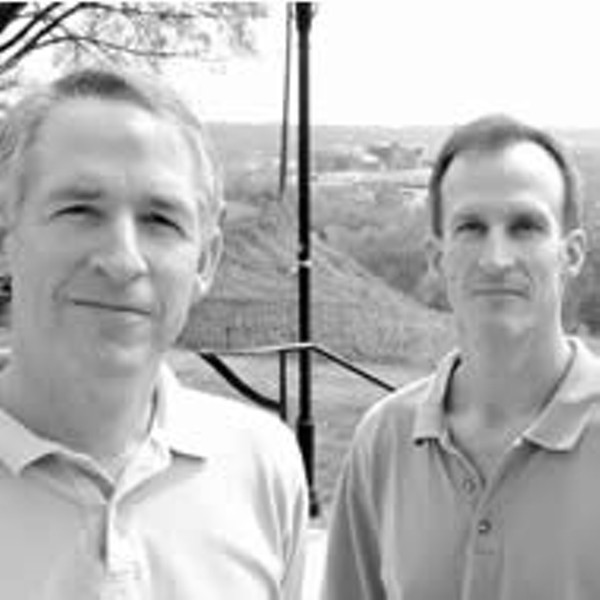 Two local artists, who celebrated the aquatic relationship between the rivers, will be the only American artists to show their work in London through the new exhibit "The View," being launched in late April at Waterstone's, a well-known British bookstore.

Through the help of Richmond's Sister Cities Commission, artists Camden Whitehead and Matthew Robins traveled to Richmond upon Thames in November on a three-day excursion, taking pictures of the fabled river bend in the Thames as seen from Richmond Hill. From these photographs, each created a landscape painting. For the London exhibit, both artists also were asked to paint the James River as seen from Libby Hill, so Richmonders across the Atlantic could see the definite similarities between the two.

In 1991, the city of Richmond and Richmond upon Thames became sister cities. Since then, American and British delegations have traveled back and forth to maintain the cities' historic bond and to promote cultural exchange and economic development.

Gail Bingham, international program director for the Sister Cities Commission, says she was moved to tears when she first saw the artists' finished works. She said the pressure was intense for both men, who only had a month and a half to finish two paintings each to meet the exhibit's deadline.

"There are very few things you do that make something significant in a small amount of space and time, to see something beautiful come out of that is really fulfilling," Bingham says.

"The View" exhibition, which has been organized in England to commemorate the centenary of an act of Parliament that protects the view of the Thames seen from Richmond Hill, opens April 29. After a week, the exhibit moves to Orleans House Gallery in Richmond, England, for a nine-week run. Proceeds from the exhibit benefit "Arcadia in the City," a British environmental group.

Along with the two Americans, more than 30 British artists also will be featured. Whitehead says that he hopes his paintings and the environmental theme of the exhibit will promote awareness for the beauty of the James River.

"There's a rush to development, and in the future you may not be able to see the James River from Libby Hill," he says. "It's very much an environmental issue."

There are no plans to bring the British exhibit to Richmond. But Bingham says the exhibit is being considered for the 2007 James River Exhibition, and she hopes to mount a replication of the exhibit at the Library of Virginia or the Marsh Gallery. In the meantime, you can see Robins' and Whitehead's paintings online at www.matttrobins.com. S