Cross burning, life during wartime and the new dean. 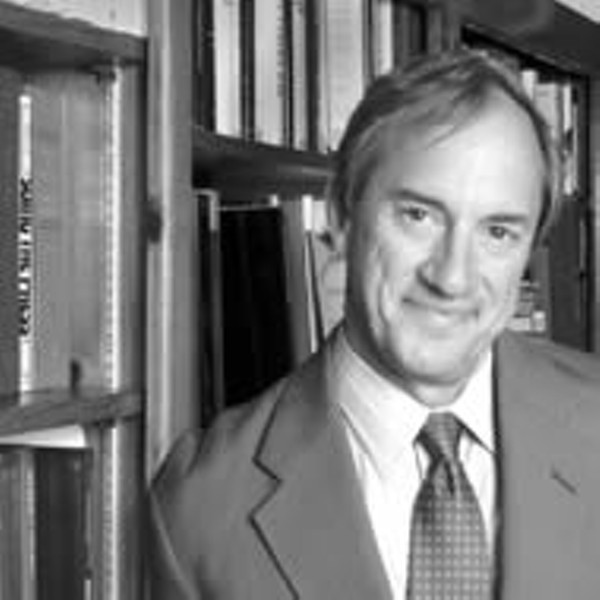 Style: How did you react when you heard you were going to be dean?

Smolla: I was excited. When you work hard for something and put yourself out on the line in front of friends and colleagues, and you get the position you sought, it's invigorating.

You argued before the Supreme Court the case of Barry Elton Black, the Ku Klux Klan leader accused of burning a cross illegally, what was that like?

Any time you argue a case in front of the Supreme Court, for a lawyer it's like the Super Bowl. The questioning of the justices was vigorous and often very emotional. And it was a subject I had been writing about and thinking about my whole life.

What did you think of the court's ruling on the case [April 7]?

There were multiple opinions by a number of different justices. But the bottom line says that symbolic speech such as cross burning is free speech if it is merely a form of expression, even when it is offensive to many people — including me. But it is not free speech if it is intended to harm or to intimidate.

We won the case. As a lawyer when you are victorious you are always pleased with that result. Yet the court did not accept the broad First Amendment argument we were making, so I have mixed feelings. From a philosophical perspective, I think it is not a good thing for our society to target specific symbols and rituals in our criminal law. We are better off dealing with general, neutral laws. ... But that view did not prevail. Part of being an active player in legal debates and societal debates is that you win some and you lose some. And you tie some. [Chuckles] Maybe this one was a tie.

Does it bother you that under the ruling a cross-burner's state of mind would determine guilt or innocence?

We often decide whether someone is guilty or innocent depending on what one is thinking when one is acting. … So the same physical act may be protected under the First Amendment … or not, depending on the intent involved.

I was involved in another high-profile case a few years ago — the hit-man case in Maryland — where I was on the other side of the issue. I was on the side saying it is permissible for society to hold a book publisher responsible for publishing a murder manual that someone used to … kill three people. If you put out something specifically with the intent to show people how to commit crimes … you are both morally and legally responsible when someone uses that to carry out the acts you describe. …

Interestingly, in the aftermath of 9-11, there was an al Qaeda training manual called the "Afghan Book of Jihad" that read remarkably like the hit-man training manual. I gave a talk in Los Angeles … suggesting that our Justice [Department] could criminally prosecute the persons who published that book and use the hit-man case as a precedent. …

Now, where I draw the line is where the material is put out for entertainment purposes, not for informational purposes, but has violent content. For example, I am against going after hip-hop acts simply because their lyrics have violent content … or going after violent movies. Something like the training manual crosses the line.

Did you worry about civil liberties during the war on terrorism?

I would describe myself as a moderate or a centrist. … It is appropriate for the government to use the tools of law enforcement and intelligence gathering to monitor people the government suspects may be involved in terrorist acts.

What we must be careful about is engaging in stereotypic assumptions, where we assume that because someone is a member of various religious groups or ethnic groups, or that they are sympathetic to fundamentalist groups that it follows that they are engaged in terrorism. … Our whole tradition tells us that we can move vigorously to protect ourselves — but we must have solid evidence particular to that individual. So I would hope that our times of rounding up mass individuals and placing them in internment camps, as we did with the Japanese in World War II, is over.

Has the Bush administration made any missteps in terms of civil liberties?

Attorney General Ashcroft could have accomplished 99 percent of the things he wanted to accomplish and yet been much more open in terms of protection of civil liberties. He would have been every bit as effective. … For example, we did not need to create a secret legal system for warrants and other proceedings. … We could have used the regular open federal courts system and closed it as necessary on a case-by-case basis. It would have been every bit as effective but wouldn't have been as suspicious as a secret court automatically is. People get suspicious when things are decided behind closed doors. We're not used to that in this country.

What are the responsibilities of journalists?

One of the fascinating developments in the Iraq war is that we have never experienced anything like it — we are essentially watching a war in real time. That presents a tremendous ethical strain on the journalists in the field. … We say to the journalists, we are relying on your professionalism to not reveal information that could harm our military objectives.

There are people that are critical of that because they think it's co-opting journalists. I am not a critic. It turned out to be good for society and good for journalism.

How do you rate President Bush as a civil libertarian?

President Bush's heart from the moment the terrorist attack began was in the right place. On the day of the terrorist attacks and soon after, he said we would never sacrifice our commitment to an open society and our commitment to our civil liberties because to do that would be to destroy ourselves. He pointed out, correctly, that one of the things that draws the anger of evil [groups] in the world is that we are an open society. So I've never doubted him on that for a moment. Now, in the implementation of that, there are people in the administration who have engaged in overkill.

That's why the war in Iraq is such a great lesson. … There was no discernable loss of effectiveness from operating in such an open way. … And perhaps to everyone's surprise, it turned out to be a great bargain for the military, because most of our soldiers are admirable, conscientious, professional people, and a policy of openness let everyone see that. … It's a classic example of why openness is a good thing in our society. If you conduct a war in secret, and you really are a professional, conscientious and decent military, you still make people suspicious.

So is it fair to say you're optimistic about our civil liberties during the war on terrorism?