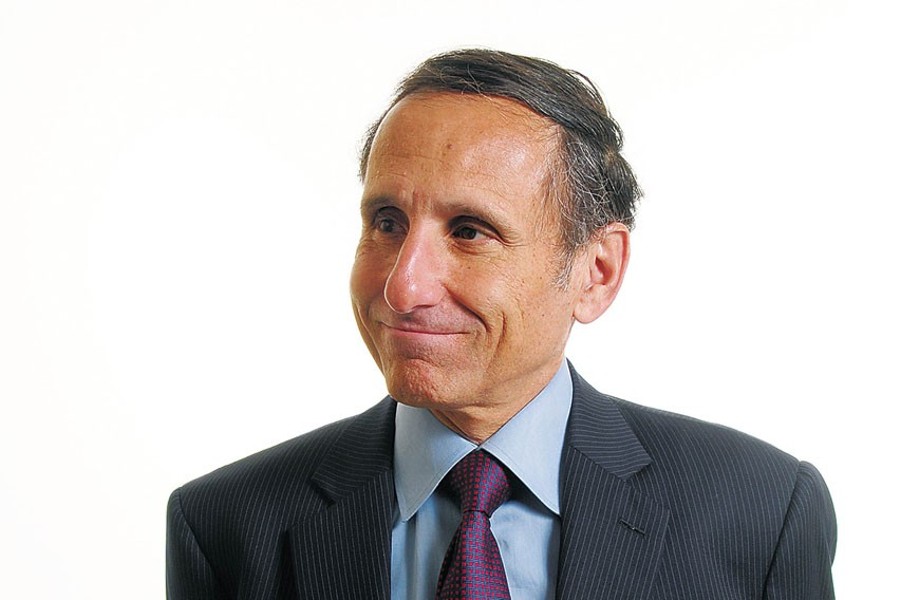 “Nothing personal. This is Virginia, after all.”

That was a common refrain Paul Goldman, lawyer, political strategist and unabashed liberal, heard constantly when he came to Virginia lured by the chance to make a difference in the state’s stodgy politics.

In his new book, “Remaking Virginia Politics,” Goldman gives a revealing explanation of how the evolution occurred. He arrived in 1972 from New York to help work for populist liberal Henry Howell Jr. who was running for lieutenant governor and won; and who later ran for governor and lost.

At the time, the state’s political control was held tightly by successors of the Byrd Organization. It was a hard right, white supremacist group of insiders who controlled just about every political office in the Old Dominion.

Excluded were Black people, other minorities and women.

In this slender book, Goldman deftly runs through 50 years of change from Howell’s unsuccessful campaign to the Voting Rights Act, to electing Doulas Wilder first as lieutenant governor and than as the first Black governor in the country. This and the arrival of newcomers to the state gradually broke down conservative control.

One chapter examines Edythe Harrison, a Jewish activist who had been in the House of Delegates, and ran for the U.S. Senate in 1984. Republican John Warner defeated her. This smacked of some degree of anti-Semitism, Goldman says.

In those days, pundits took jaundiced view of political inclusion. They would say when confronted with a Wilder or a Harrison: “Nothing personal. This is Virginia, after all.” 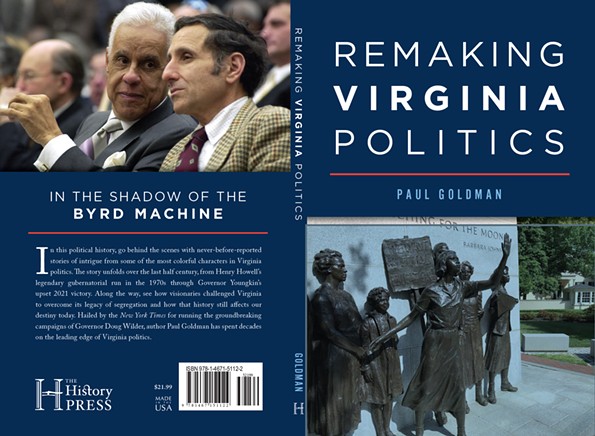 While that cliché was starting to lose meaning, plenty of examples remained of systemic racism, sexism and retribution.

In the 1990s, Goldman had been appointed to the prestigious State Council of Higher Education for Virginia (SCHEV) that helped advise state colleges on policy. There had been a stirring that the public and politically powerful Virginia Military Institute should start admitting women. Antiquated ideas had it that Mary Baldwin College, an all-female state school, could have its own “separate but equal” military program.

Goldman and others were having none of that neo-segregationist nonsense. They helped get the matter to the U.S. Supreme Court that ruled that VMI must admit women. Goldman’s price? “I was kicked out of SCHEV.”

One controversy involved Richmond directly and displayed how white people ran things. By the late 1940s, “white powerbrokers” started to realize that traditional laws to keep Black people from voting weren't working, Goldman writes. That could impact white control of the City Council and mayor’s office.

Their strategy was to keep Black people, who then made up 65% of the city’s population, from voting for Mayor directly. This led to cronyism that smacked of corruption. Doug Wilder chimed in and with Tom Bliley, a white Republican with ties to the city’s business community, ended up on a commission in the early 1970s to change things.

This was odd because Bliley was a leader in a movement to annex parts of predominately white Chesterfield County so as to give white voters a majority of votes. Goldman writes: “This was a racially motivated land grab, unique even to a city so long defined by black-and-white politics.”

After a great deal of tousling, the matter ended up at the U.S. Supreme Court. In 1975, the court ruled the annexation was unconstitutional. This led to the creation of nine election districts. Four of them were likely to elect white candidates and another four might elect Black candidates with the ninth as a swing. In time, council people and the mayor were elected directly.

Goldman does a good job of explaining these often complicated issues in 160-page book. I was pleasantly surprised because I have interviewed Goldman and read many of his articles. At times, I found him so ponderous as to be impenetrable.

I was disappointed that the author didn’t delve more into the removal of Confederate statues that made Richmond famous. It was a truly historic event for the city and the state. He also doesn’t get much into the red voter reaction against rising liberalism in the state.

That's what pushed Youngkin, a former hedge fund executive with no political experience, over the edge in last year’s gubernatorial race against Gov. Terry McAuliffe. This is curious because Youngkin played it both ways as a moderate and a far right supporter of Donald Trump.

Nonetheless, Goldman’s book is a good explainer of city and state politics that is worth a look.