Symphony for the Devil

The Richmond Symphony tackles the work of Jagger and Richards.

Before Brent Havens sits down to do any composing, he starts with a matrix.

For nearly two decades, Havens and his Virginia Beach-based company, Windborne Music, have adapted the catalogues of such renowned rock bands as Led Zeppelin and the Doors for full orchestras. Havens will lead the Richmond Symphony for "The Music of the Rolling Stones" on April 12.

But before he begins to recreate, say, a Jimmy Page violin bow solo with string instruments, it comes back to the questions of his matrix: How well does the band's music sell in the United States? What's the size of its catalogue? Will it fit in with an orchestra? Is the band on tour — which could hurt ticket sales?

"They really have to match all of them," Havens says, "because there are plenty of groups that sell well in the U.S. and have a massive catalogue, but don't really fit in with an orchestra." Musically, the original songs must have enough going on to keep an audience interested. While the bubblegum punk of the Ramones might work for car commercials, orchestrated versions of the band's three-chord wonders probably would bore listeners before you could say "Gabba, gabba, hey!" 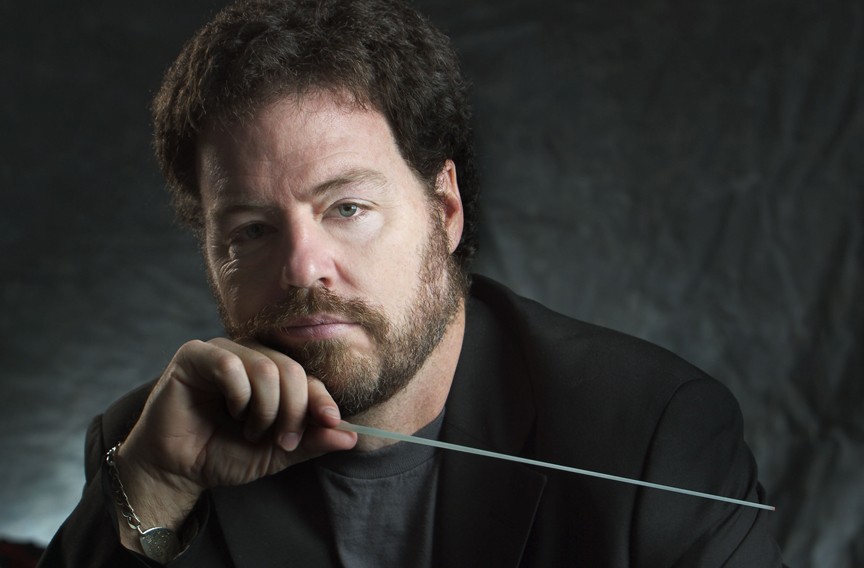 In digging through the catalogues of these rock bands — which includes transcribing every note of music — Havens says he's come to appreciate the nuances and flavors of different groups. Where Zeppelin's music is lick-based with complicated chords and measures, the Stones are more up-tempo and active, with lots of action in the background. He likens Pink Floyd to riding a wave on the ocean.

After transcribing and orchestrating the music for a symphony, Havens incorporates a singer and rock band.

"It gives it a new feel because it's this great, massive wall of sound," Havens says. "I wasn't interested in a Muzak version of the music."

Filling the shoes of Mick Jagger is Brody Dolyniuk, a veteran singer who's made a living by performing the music of such bands as Led Zeppelin, Queen and U2. Though he won't be impersonating Sir Mick, Dolyniuk will have a moment in the show where he teaches the audience how to move like Jagger.

"You want to give them a sense that you're paying tribute to an artist, but I'm still me," Dolyniuk says. "It's a multi-part challenge, because I'm trying to sing in the spirit of Mick without making it a carbon copy or a parody, and it's hard with him. He's such a larger-than-life character."

Compared with other singers he's covered, Dolyniuk says, the challenge is the constant movement more than the vocals.

"With the number of singers I've covered in my day, he's sort of the middle of the road, vocally," Dolyniuk says. "The Queen show is definitely a bigger challenge."

Dolyniuk saw the Stones perform last year in California. "Hats off to Mick — he's just about as active as ever," he says. "The guy is belting out these songs at his age." S

The Richmond Symphony will perform "The Music of the Rolling Stones" on Saturday, April 12, at the Altria Theater. For information visit richmondsymphony.com.