Will turning off the blue lightbulb leave electricity customers in the deregulated dark? 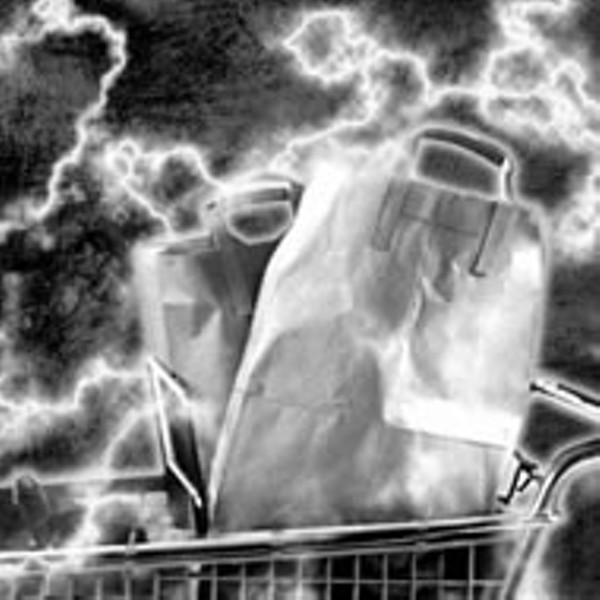 But Virginians can't afford to forget that enormous changes in the electricity market are looming, says Ken Schrad, information resources director for the SCC.

Schrad realizes that for most, remembering to pay the electric bill is more pressing than deciding which company you'd like to supply the juice that runs the lightbulbs. But by 2007, he says, "everyone needs to be thinking about the purchase of electricity …. You can't just sit on your hands and not be an active shopper." Otherwise, he says, customers will be subject to the pricing whims of their supplier.

Thus far, Virginians have gotten a sweet deal on their electricity. The General Assembly decided in 1999 to cap electricity prices while the newly competitive market shaped up. Customers of Dominion Virginia Power now pay nearly the same rates they did 10 years ago, says David Botkins, a spokesman for the company. By 2007, he says, they will have collectively saved $871 million.

But when the caps come off in 2007, competition between suppliers will determine how much power costs the consumer. Though that may seem far away, SCC officials and legislators are concerned about the development of the fledgling market.

Their first concern is that many consumers find the deregulation process hard to decipher. "It's a very complex topic," says Andy Farmer, the SCC's education-resources manager. Schrad puts it more bluntly. "We've cussed it, cursed it, praised it for the last seven years," he says. Virginians "just have had a hard time understanding how everything works."

That was supposed to be solved by the Virginia Energy Choice campaign — authorized by the General Assembly in 1999, and launched in June 2001.

The SCC started an energy choice Web site, sponsored sports teams at the University of Virginia and Virginia Tech, ran a toll-free information line and offered grants for community organizations to spread the word. The symbolic blue lightbulb appeared on television and billboards, in brochures, print and Internet advertising.

The campaign unfolded in phases across the state, Farmer says, keeping pace with the regional introduction of competitive electricity suppliers. (Hence the recent local proliferation of those blue spiky lightbulbs).

The blitz seemed to work. The SCC's latest survey, conducted in August, showed a 43 percent awareness statewide of the changes in Virginia's energy industry — "which is a good improvement," Farmer says. When the outreach program began, fewer than 29 percent of Virginians knew about deregulation.

But increasing awareness has been pricey. In its first 14 months, the program cost about $8 million. For this fiscal year, the proposed budget was $5.8 million. But now the SCC has decided the money was being spent too early, because even when customers knew they could choose their supplier, no alternative suppliers existed. In September, Farmer says, a commission reported to the General Assembly that the market structure had not "developed to the point that companies are vying for competitors' business."

Now, pre-empting a proposal by Gov. Mark Warner, the SCC has decided to halt the program for 18 months, saving $2 million this fiscal year and $6.5 million the next. The Web site will remain, but all advertising, sponsorships and grants will cease. "Perhaps in July of 2004, we'll pick up where we left off, " Schrad says.

In the meantime, "the burden's going to be on us to do the education, the communication," says David Koogler, director of regulation and competition for Dominion Virginia Power, the Richmond region's electricity distributor.

Toward that end, Dominion is launching three new pilot programs to ease customers' entry into the deregulated market:

Municipal aggregation. Instead of counting on individuals to shop for the best price on electricity, selected counties or cities would take bids from companies who want to supply the entire area. Dominion will start the experiment with two localities — one where customers can volunteer to join the buying group, and one where every resident is included in the group but individuals may choose to opt out.

Competition for default service. After Jan. 1, 2004, a supplier other than the original one could bid to become an entire region's default supplier.

The pilot programs, after approval by the SCC, are scheduled to begin for 75,000 selected customers in January 2004, Koogler says, and will continue for two years.

Some are wondering whether the programs will actually encourage competition. Sen. John Watkins, R-Richmond, for example, thinks they are designed more to study consumer behavior. This session, Watkins introduced two bills intended to jump-start competition in Virginia, but both were pushed back to the 2004 session after Dominion objected and other complications arose.

Deregulation, although unwieldy and hard to understand, is one of the most important changes to come to Virginia in the next few years, Watkins says. "Quite frankly, there's a whole lot of time and effort spent down here on some social and political agendas that won't have nearly the impact … that this legislation will have on every single Virginian," he says.

Schrad hopes the market soon catches up to consumer interest, which SCC surveys show is high, but may suffer from frustration. Only 2,400 Virginians currently elect to receive their power from an alternative company — less than a tenth of 1 percent of the 3 million who theoretically have the option to choose.

Calling a list of alternative energy suppliers, only to be told that none serve your area, says Schrad, is "like you're out there looking for a new pair of shoes but no one has your size." Soon, and safely before 2007, he hopes, all Virginians will find the perfect fit. S