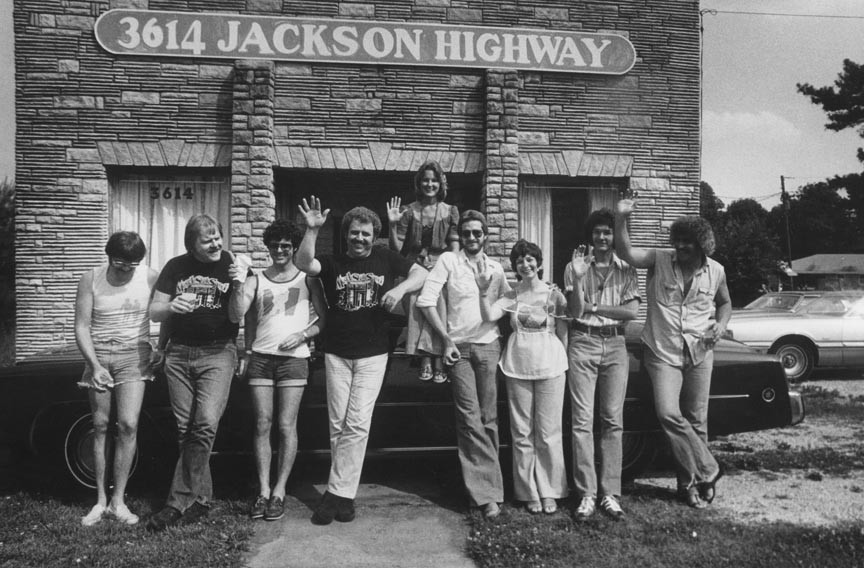 Jay Leavitt, owner of Deep Groove Records, is a native Alabamian. So when it comes to the legendary Muscle Shoals sound, he is more than willing to discuss it. In fact, over the last few years he has given his own public presentations, often bringing along his 300 records and 200 singles related to the historic sound studio.

Now there's a new documentary, "Muscle Shoals" (Magnolia Pictures) that tells the rich story of that regional sound, with a limited upcoming local run at Bow Tie Criterion Cinemas at Movieland. Style Weekly talked to Leavitt, who will be introducing the film — which was a big hit at the Sundance Film Festival — and briefly answering questions afterward.

Style Weekly: So just what is the Muscle Shoals sound?

Jay Leavitt: Well it's basically an area northwest of Alabama that ended up becoming a legendary recording center. Started in the early '60s and is still going. Aretha Franklin's "I Never Loved a Man"; three songs off the Rolling Stones' "Sticky Fingers;" most of Wilson Pickett's big hits were done there; Percy Sledge's "When a Man Loves a Woman;" all of Clarence Carter's records; Bob Dylan's "Slow Train Coming."

Where does your knowledge of it come from?

The Alabama Music Hall of Fame, started in '85 and now defunct, would hold an induction banquet and show every two years. After the first couple, I was the official celebrity escort for everybody onstage, would take care of them, get them to where they were going. So besides reading about it all my life, I got to talk to most of these people . . . Also "When a Man Loves a Woman" was No. 1, my mom had a woman that would help her catch up on ironing. We were taking her home one day and she said, "Percy is my cousin." ... But when it really hit me, I was doing a paper route at 14 and saw the Rolling Stones had been in town recording. I thought, "There's really something going on here."

Do you have a favorite story from the banquet?

Well, Sun Ra was from Alabama, he came to the first one. The guy helping me had an antenna with his walkie-talkie. So Sun Ra comes out with his headdress with seven antennas on it. The guy says, "Oh you got one too!" Sun Ra looks right at him dead in the eye and says, "But yours doesn't pick up seven planets." I loved that. The same induction banquet I put Hank [Williams]'s guitar into the limo.

How did the documentary come about?

Two guys out of Colorado were traveling cross country, saw a sign there, decided to stay in town — they wondered why there'd never been a doc done. They approached Rick Hall at Fame Studios. One of the guys was heir to the Mars candy family, so they had lots of money to do it. The cinematographer is the guy who shot "Avatar" . . . They worked on it for three years, got interviews with Jagger, Richards, Stevie Winwood, Aretha, Jimmy Cliff. All the players. It's a documentary on the history. The film tries to explain the mystery of why this became the hit recording capital of the world. It's just a great story and good to see these people get their due.

You went to both premieres, the one in Alabama and in New York?

Yeah. Both of them had after-show concerts, the one in NYC had a great house band: Patterson Hood and Brad Morgan from the Drive-By Truckers, David Hood (bass player in the Muscle Shoals rhythm section) Jimmy Johnson (rhythm guitar) and Spooner Oldham. They all played with Percy Sledge, Candi Staton and Gregg Allman — each did three songs in a tiny little jazz club with a three-inch stage. Goldie Hawn, [Michael Shannon] and Kevin Bacon were there. S

"Muscle Shoals" is playing at Bow Tie Criterion Cinemas at Movieland the weekend of Nov. 1 through Nov. 3. Check bowtiecinemas.com/locations/criterion-cinemas-at-movieland for times and cost.