Richmond’s theater directors find inspiration at home while remaining hopeful that the shows will go on. 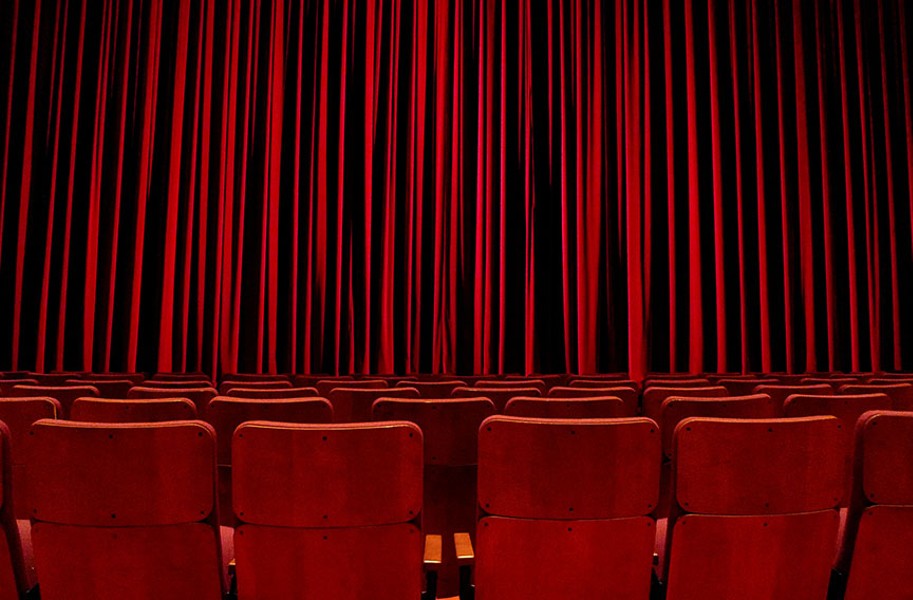 Firehouse Theatre’s artistic director has seen a community destroyed by a national crisis before. Joel Bassin was working on a show in New York on Sept. 11, 2001, and he continued with his work throughout that crisis, going in to work every day.

“My wife says it’s because I need to compartmentalize,” he says with a chuckle.

When he heard about the spread of COVID-19, he wasted no time closing the theater, making the painful decision to postpone the world premiere of K. Jenkins’ new play “A Single Prayer.” But now, with his employees all at home on unemployment, Bassin says coming into the theater just feels eerie.

“It feels like I’m coming into Pompeii after the volcano,” he says. “It’s as if we’re in suspended animation, almost. There’s this theater but it’s a shell of a theater because it’s the center of a lot of creative activity and nobody else is here except me, and so it feels strange and empty and haunted. Time has stopped.”

Bassin’s not alone. TheatreLab’s artistic director, Deejay Gray, says he also felt haunted recently when he visited the Basement, the space where “The Revolutionists”’ run was also cut short. “The set is just up. The costumes are in the dressing room. The show is just here, ready to be happening, and it is really sad,” Gray says.

“March 13th seems so long ago,” says Anna Johnson, artistic and managing director of Cadence Theatre Company. She adds that, despite the general haze of the past few weeks, she remembers Cadence and Virginia Repertory’s last performance of Bess Wohl’s “Small Mouth Sounds” on March 12 with aching clarity.

“The whole theater smelled like bleach,” she says. “I think everyone pretty much knew that it would be our final performance for a while.”

Johnson says the theater now sits empty, but “the scenery, lighting and sound design have remained intact — ready for audiences sometime in the future. It kind of reminds me of a ghost town.”

“There isn’t a company in town that hasn’t been devastated by this pandemic,” says Quill Theatre Company’s artistic director, James Ricks. “Ticket sales account for a pretty good chunk of our revenue and that is now eliminated for the foreseeable future.”

Ricks says he and his company are focused on planning and reorganizing to come back in the fall. He is hoping for a delayed summer Shakespeare Festival at Agecroft Hall. Last week, Virginia Rep, who couldn’t be reached for this article by press time, announced that it would cancel the rest of the season while Cadence announced that its remaining two shows would comprise the start of its next season. TheatreLab, Richmond Triangle Players and 5th Wall Theatre all hope to remount their shows as soon as they can reopen, but that’s tricky.

“It feels a little like a game of roulette. Pick a number and cross your fingers,” Bassin says. “We are in a holding pattern, and I’ve chosen to say all bets are off. I can’t and won’t schedule anything until I have a sense of when we will return, when audiences and artists are ready to come back.”

It’s a dismal, uncertain time for the local theater community, but many remain hopeful and optimistic about the future.

“The thing that’s impressed me the most is how quickly we were able to adjust and come together as a company. Everyone came together in such a speedy and supportive way,” says Lucian Restivo, artistic director at Richmond Triangle Players.

Restivo says he’s found it rewarding while in quarantine to dive headfirst into preproduction for his next project, “A New Brain,” coming to the theater sometime in the nebulous future. Other artistic directors in town are also making use of this time to focus on their art.

Ricks says he has spent this time thinking about his own scripts, reading and considering plays he’s always admired and wanted to produce. Carol Piersol, artistic director of 5th Wall, says she, too, has been reading scripts. She’s also been talking to a lot of people about plays and how they’ve affected their lives. “Maybe I’ll reflect on their answers and perhaps write a play of my own,” she says.

“Our Train pre-professional students were immediately invited (like it or not) to immerse themselves in the art of self-taping, which has become an industry standard and expectation within both the theater and film communities,” she says.

Cadence has plans to make use of digital technology to bring more educational resources to students, but she doesn’t think they’ll be turning to live-streaming plays anytime soon. Piersol, Ricks and Bassin all agree they’re not interested in streaming or prerecording live theater.

“I don’t think that’s what we are trained in or good at. I think what we are really good at is making live performance,” Bassin explains. “My attitude is that live theater depends on social, collective, live contact. I’d like to wait and produce theater for a live audience in this space and we’ll just have to see how long this thing goes on.”

Restivo, however, says he might consider producing theater in an online format if we’re stuck inside long enough.

“I do think that live theater could adapt to social distancing-isolation in the ways that we are already seeing with individuals live-streaming performances,” he says, adding that he’s been particularly inspired by the drag community coming together to produce live shows, sharing their Venmo, CashApp and Paypal information for tips. “That’s definitely inspired me as a way to approach events in the future.”

“The zest for life and the zest for connection is always there,” Gray says. “The only rule we have in theater is that the show must go on, so it’s interesting and exciting to see that people are making that happen.”

Restivo says that whenever we finally do return to the theater, things are going to look a bit different. He thinks we’ll be seeing shows with fewer costs, smaller casts and simpler sets: “I hope that this pushes artists to be more creative in the future, in imagining the possibilities when we have nothing, and I just hope everyone is able to survive this downtime.”

Gray and his company have been discussing bringing back “Mr. Burns: a Post-Electric Play,” a show he directed with TheatreLab in 2016. He says the shows themes have been resonating with him lately.

“We really might do it! It starts after the major downfall of civilization and people are sitting around a campfire trying to remember the ‘Cape Fear’ episode of ‘The Simpsons,’” he says. “And it’s this whole show about how stories evolve over time and about the very human desire to hear stories, and what happens when we don’t have stories in place. It all feels very close to home right now.”

Gray adds that he’s finding inspiration in how much more people are sharing publicly right now, by how much more vulnerable people have been on social media, for example. Johnson echoes this, saying she’s been inspired by teenagers trying new art forms and showing the world. Piersol says she’s feeling inspired by nature.

“I see the rebirth of the world and think of a rebirth in society as a result of this,” Piersol says. “People have slowed down, spent much more time outside and with their families, they’ve re-evaluated their priorities and their relationships. Perhaps after this people will be ready to experience theater in a new way that will reach their hearts and see deeper into their souls.”

Gray agrees that we will likely see a very different landscape.

“Nobody really knows what’s going to happen. But hopefully, if we are resting and reaching and realigning ourselves with our goals, we are going to come out of this with some of the best work we’ve done and just very ready to do what we do best.”