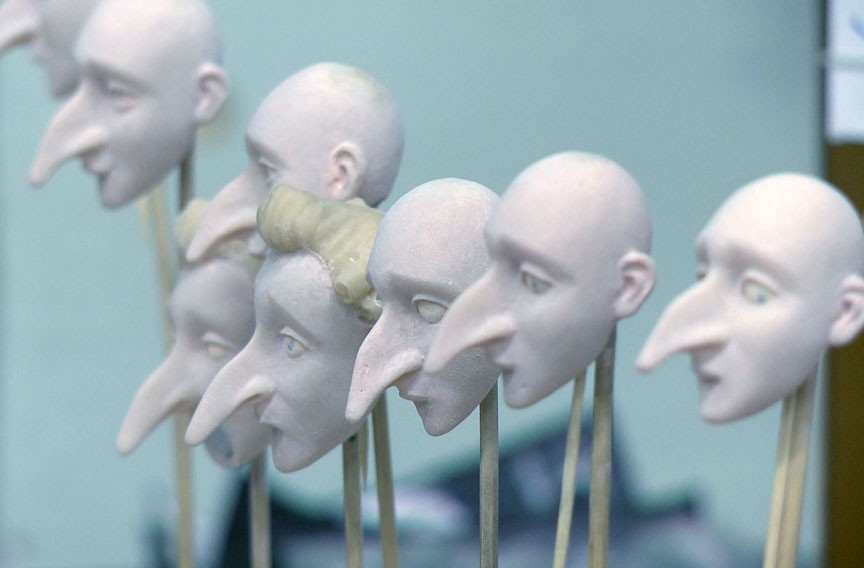 When Richmond native Kevin McNeer moved to Moscow in the mid-'90s, he had no idea he'd be witness to a transformative moment in Soviet Union history — or that he would meet his future wife and settle in the thriving capital.

"It was a boom time. Then in '98 the bottom fell out, the ruble devalued, stores closed," McNeer recalls via Skype. "Then the city came back to life in a new way."

A graduate of St. Christopher's School, McNeer had been living in Los Angeles after graduating from Kenyon College (full disclosure: we were roommates in San Diego). While living in LA, he would go see movies at the New Beverly Theater, an art-house cinema saved by director Quentin Tarantino. It was where McNeer first encountered the works of Russian director Andrei Tarkovsky.

"His films were so different and just had such a mysterious atmosphere," McNeer recalls. "They piqued my curiosity to move there."

After attending film school in Moscow, McNeer's first documentary, "Stalin Thought of You," told the fascinating story of political cartoonist Boris Efimov, Stalin's favorite cartoonist, who later skewered Hitler and the Nazis, and continued to draw memorable illustrations until dying in 2008 at the age of 108. Fluent in Russian, McNeer was able to interview him.

One prominent American critic praised the film's "masterful use" of archival material which McNeer secured from the KGB archives as a student. The documentary screened at several film festivals around the world, as well as receiving its U.S. premiere at the Byrd Theatre during a James River Film Fest several years ago.

This year marks the 20th anniversary of the JRFF, which has brought some of the most interesting avant-garde artists to town of any locally curated series. Filmmakers such as William Wegman, Stan Brakhage, Albert Maysles, Ross McElwee, Les Blank, Jonas Mekas and musical artists including Pere Ubu, Tom Verlaine and Ed Sanders of the Fugs.

Festival organizer James Parrish gives credit to founder Mike Jones and others who started the festival in 1994 for it's continued success. "[Thankfully] there are still enough people in Richmond who love films outside the mainstream," he says.

McNeer will return this year with his new documentary, a work in progress about an old puppet and stop-motion animation studio considered "the Soviet Disney," he says. Founded in 1936, the Soyuzmultfilm studio, which translates to "the Animation Union," fell on hard times but was recently given some hope by President Vladimir Putin.

The labyrinthine studio is housed in an ancient church in the center of Moscow — the Church of St. Nicholas the Miracle Worker — once used to store provisions during Napoleon's invasion.

"After the country fell apart, the oligarchs wrested control of most government assets and cash and the studio came to a grinding halt," McNeer says. "It fell into disrepair and was robbed, the mafia was involved. Many animators started working out of their homes, founding mini-garage animation studios."

A Russian emigrant to the United States returned and bought the entire collection of the studio's films under questionable circumstances, McNeer says, leading to a duel between Russian and American courts. Since then, Putin has ordered the film collection to be bought back, as well as providing funding for the studio.

Meanwhile the artists of Soyuzmultfilm have been working on a 12-year labor of love, the stop-motion animation film, "Hoffmaniada," about German writer E.T.A. Hoffmann, an early surrealist writer who influenced Poe, Gogol and Kafka and inspired "The Nutcracker."

McNeer explains that after the Communist revolution, many churches were shut down and turned into museums dedicated to atheism with exhibits mocking religion. The studio retains a certain haunted quality, he says.

"I was told they used to bury priests in the walls of the church. It's like 'The Shining' in there," he says. "So it goes from church to atheist museum to animation studio, and after the fall of the Soviet Union there is a big resurgence of the Orthodox Church in Russia and now they are getting the building back. So the wheel is coming full circle."

The old building will be returned to the church within a year or two. After meeting with Putin, the artists secured financial backing and are shopping for a new building for the studio, while finishing "Hoffmaniada."

At the Richmond festival, McNeer will show roughly 20 minutes of his documentary, which follows the dedicated crew of a dozen artists around the old studio, where many have continued working without pay for long periods. Last winter the radiator broke, spilling water over the floor, which led to a surreal scene of the workers skating around making puppets.

"They don't care about commercial prospects. They just want to make a beautiful film, that's their sole concern," McNeer says. "It's art for art's sake. ... Russian animation is different, many are fairy tales with a good-hearted or philosophical message — much less violence and sarcasm than American cartoons."

He especially appreciates their craftsmanship: "You can see little specks of dust or scratches on the puppet. It's a real object, not a super-clean 'Toy Story' computer-generated shape."

But one trend he doesn't like is the fanatic desire by younger Russian filmmakers to emulate the West. "They think English is the key to everything," he says. "American culture is so loud, it drowns out everything. Local traditions and ways of looking at things start to vanish."

As a special treat for the festival, McNeer is bringing the award-winning Russian director of "Hoffmaniada," Stanislov Sokolov, with him to Richmond. They will show both of their films-in-progress in addition to several shorts by Sokolov, who won an Emmy in 1992 for his contribution to "The Animated Shakespeare" series.

The return home will be an emotional one for McNeer, who lost his father, Dr. Keith McNeer, suddenly to a heart attack last week.

"I have this allergy to words now," he says. "With my work, I really just want to tell stories with images." S