Impressionism reveals itself at the Muscarelle Museum. 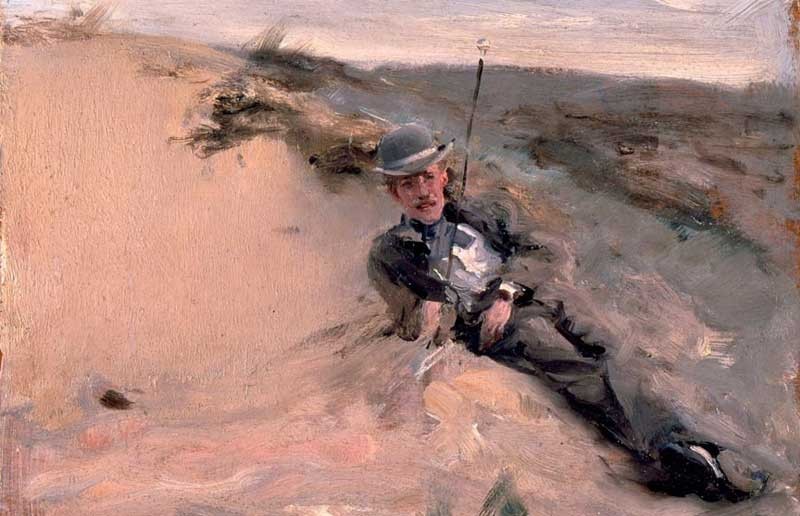 If you're planning a trip to Williamsburg during the holiday season, add to your itinerary the Muscarelle Museum of Art, on the College of William and Mary campus. You'll be rewarded with the exhibition "Seeing Colors: Secrets of the Impressionists," at its only mid-Atlantic venue.

This unique show features 40 original works by leading French and American Impressionists — as well as a few of those who transitioned into and out of the form — and makes a good case for the small, 28-year-old museum. The Muscarelle can offer only a tiny sampling of the art that flourished during the prime impressionist period of the late 19th century, but it maximizes each work — thanks to undergraduate students enrolled in John T. Spike's curating, collecting and connoisseurship program at the college — to illustrate the innovative techniques, or "secrets," that the artists used.

Begin by spending time on the first floor with "Modern Masterworks on Paper: Cezanne, Munch, Bonnard, and Friends." The assemblage includes works from the Muscarelle's collection as well as from Atlanta's High Museum of Art. These preparatory sketches by the artists would be overwhelmed if displayed with paintings on the second floor. Here, they prepare you for the innovative color schemes and light brush strokes to come. Take special note of the sketch by Mary Cassatt — one of few American artists embraced by Paris — and compare it to her half-finished painting, "Mother and Child in a Boat," in the American impressionists room on the next floor.

The exhibition's introductory room upstairs illustrates the impressionists' effective use of color — especially complementary contrasts — and talks about the emotional reactions to color and to the new scientific discoveries about light. The exhibit's installation on yellow walls plays up the artists' love of light; research by Spike, the exhibition curator, provides evidence of the Impressionists' preferences for showing their works on yellow walls — and in rooms with wainscoting, hence the rooms' chair-rails.

The central gallery features works by French impressionist founders such as Monet, Renoir, Pissarro and Bazille. Muscarelle director Aaron H. De Groft says this exhibition is the East Coast debut for Monet's masterpiece, "Houses of Parliament," distinguished by light play through a thick fog. The artist facilitated his consistent efforts to depict the evolution of light on subjects by carrying multiple canvases in his and accompanying children's backpacks.

John Singer Sargeant, an American living abroad who was among the first to embrace Impressionist techniques, went a step beyond trapping the light on his subject in "Portrait of Ralph Curtis on the Beach at Scheveningen." Here you'll note the actual grains of sand in the dried paint on the surface of the canvas. From these open-air scenes painted on-site to Industrial Revolution vignettes of daily life, the five secrets of the impressionists, as defined by the Muscarelle, show why this beautiful yet experimental school of painting has resonated timelessly with the public. S

"Seeing Colors: Secrets of the Impressionists" will be exhibited at the Muscarelle Museum of Art, Jamestown Road in Williamsburg, through Jan. 22. Admission is $15; children younger than 12 enter free. For information call 757-221-2700 or go to wm.edu/muscarelle.