The former frontman for Hüsker Dü returns with an energetic new album written in Berlin. 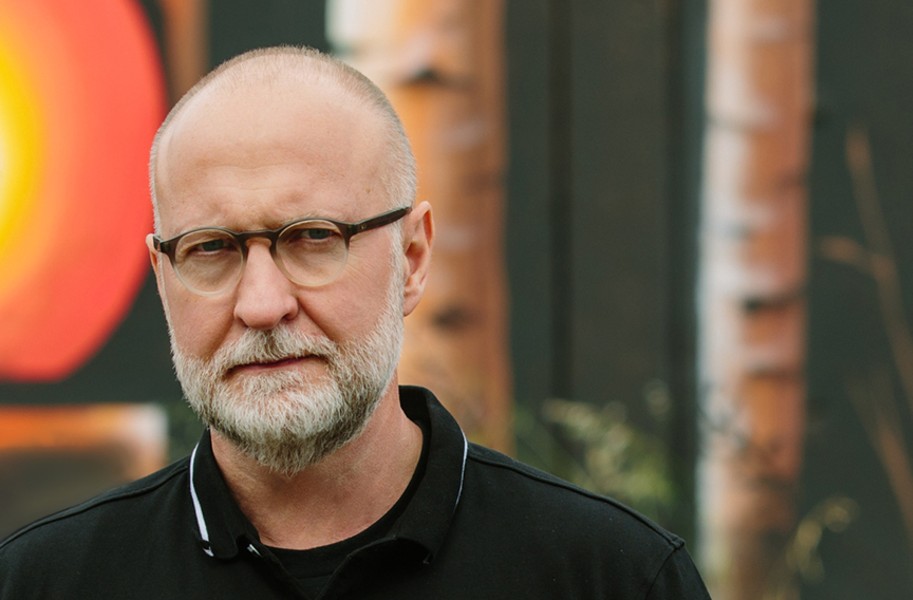 It's been awhile since Bob Mould spent any time in Richmond.

"I had some roots there in the '80s," says the influential singer and songwriter known for his fiery work with melodic, post-hardcore trio Hüsker Dü in the 1980s, as well as Sugar in 1990s.

"I met my partner back then when he was going to VCU," he says. "I think the first time Huskers played was spring of '83 or '84 at Benny's, then at Rockitz and maybe an aftershow party at Flood Zone. Those come to mind."

These days, after a stint making electronic music, Mould has been creating new work as a solo artist and living for the better part of the last three years in Berlin, though he still keeps a place in San Francisco.

After losing both parents in a relatively short time, he moved to Germany looking for a fresh start and, at 58, rediscovered a youthful vigor and energy on his upbeat and aptly named new album, "Sunshine Rock."

While his earlier work was often dark and brooding, the new album feels like a weight has been lifted. There's even a punkish cover of the late '60s tune "Send Me a Postcard" by Dutch pop group Shocking Blue.

You can almost hear it in Mould's voice over the phone. He sounds happy and appreciative of this time in his life, laughing often.

"Berlin is a pretty amazing city. These days it feels like a true sort of center for democracy. They've been a stabilizing force in Europe," he says. "A lot of arts, culture, music, history.

"It's a very flat city, which makes it amazing for biking around town. It's really progressive, not terribly expensive, though it's starting to get that way quickly. For me, it's been about reconnecting with old friends who've lived there, some since before the wall fell. Just really fun, relaxing and inspirational."

On this tour, Mould is performing solo with an electric guitar. He just finished a run of festivals in Europe, including in Croatia, Italy and Germany, where he was able to perform the new material by himself, instead of with his usual trio.

"A good amount of this record translates pretty well. … It's more skeletal but I think I can fill in most of the colors and melodies pretty well," he says. "The solo shows are really fun for me. It's a chance to stretch out and grab more songs than I normally would with the band. Dig a little more randomly into the catalog."

In any format, Mould is instantly recognizable by his raw and melodic vocals, which helped create a bridge from punk to more radio-friendly college rock.

He sang in the choir growing up, but didn't get onstage until he was 18.

"With Huskers it was pretty visceral, pretty raw, towards the end there was a lot more emphasis on melody. I think for vocal melodies and harmonies it goes back to the mid-'60s pop stuff I grew up on: Beatles, Beach Boys, the Hollies, the Byrds, Mamas and Papas. That's where I learned how to put melodies together."

With solo shows, he tends not to stick to the recorded melodies, he says.

"Especially on good nights, it's a lot more improvisational depending on the crowd, the weather [laughs]. When it gets hot and damp that's when the voice really comes to life."

"Those were tough times for me, personally, being a mixed-up gay kid trying to find my way in a country that was telling me I was less than," he recalls. "The songs I wrote back then, 'In a Free Land' or 'Divide and Conquer,' the latter especially couldn't be more prescient: 'Invent some new computers, link up a global village; get AP, UPI and Reuters to tell everybody news.' Little did we know everybody would have their own cable channel at this point [laughs]."

Mould says he's watched the intense polarization in America from Germany, where protests are quite common and often civil.

"In Berlin people know their neighbors, they get out and protest — to me that's what democracy is about," he says. "It feels more like the world I remember before social media and tracking and cookies and all that. It's almost expected to have a point of view and defend it there."

"In the '80s [in America], we got a look at where religion and politics were intersecting and how that could be against our better nature, and I think we're touching on that again. It's a very polarized country, probably the most since the 1960s."

While music has been good to him, there was a time when Mould pursued another career, if only briefly: professional wrestling. He worked as a writer for World Championship Wrestling for seven months at the end of 1999.

"I've been a lifelong wrestling fan. I still follow it. It's changed considerably, some for the better, some not. But it's still a very American form of storytelling," he says. "Old-style professional wrestling that I remember as a kid would be so completely politically unacceptable these days. Such weird storytelling: kind of like a three-ring circus meets lowbrow Shakespeare [laughs]."

He says there's even a pro wrestler now named Darby Allin, who flings himself around with punk-rock abandon.

"So you can probably figure out his idols -- Darby Crash and G.G. Allin -- wrapped up in one. It's sort of perfect."

Bob Mould performs solo with Will Johnson at the Broadberry on Wednesday, Sept. 25. All ages. $25.