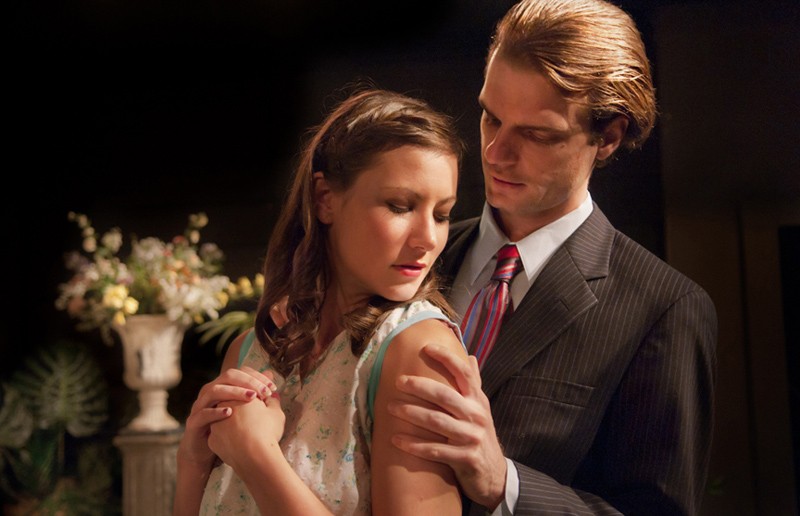 The overbearing matriarch. The mentally disturbed ingénue. The young man trying to deal with his sexuality. These are the trademarks of many Tennessee Williams plays, and "Suddenly, Last Summer," showing at Richmond Triangle Players, is no deviation.

While vacationing in Europe, Catherine Holly witnesses the mysterious death of her cousin Sebastian. Having gone through a series of psychiatric treatments, Catherine must face her aunt, the grand dame Violet Venable. Sebastian and Violet once were inseparable, though unlike the similar twin characters from Shakespeare's "Twelfth Night," Sebastian has been lost for good.

Lorri Lindberg commands the first half of the show as Violet, and her performance balances viciousness and refinement, like a switchblade at an elegant table setting. Lauren Marie Hafner's skillful breakdown as Catherine displays the actress' endurance. Making the most out of her small role is Sarah Jamillah Johnson as Miss Foxhill, Violet's trembling and terrified maid.

Under Josh Chenard's direction, the show makes use of sound and Rebecca Brooks' dramatic lighting to heighten the feeling of dread. David Allan Ballas' set feels every bit like an overgrown garden where everything has gone wild. The only true misstep in the show is in its attempt to use Catherine's mother and brother as comic relief to the proceedings.

Perhaps the main problem with the play, not the production, is that there are few if any redeeming qualities to the characters. In "Suddenly," "The Glass Menagerie's" Amanda and Laura Wingfield have become grotesque monsters.

Triangle has done a good job here, but patrons should attend forewarned; this is one hell of a depressing play. If you like your mint julep with a Prozac chaser, this is the show for you. S