The best Virginia shows coming down the pike in the next few months. by Brent Baldwin 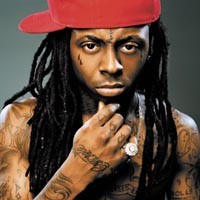 The Avett Brothers (with Thao with the Get Down Stay Down) at the National, July 10

These skinny North Carolina lads know how to sing purty melodies and stomp with Appalachian flare, often in the same song. Fellas can expect that young ladies will be out in full force this night as the Avetts are known not only for raucous shows but their rural cuteness factor. Good news for all you pensive, indie-rock beardies: Just stand there and your attractiveness goes up — by osmosis or something. If the Avetts have shaved this tour, all bets are off. Opener Thao starts the cool summertime pop, at 8 p.m. Tickets are $25. 612-1900, wwwthenationalva.com.

You danced to them beneath the tent at the Richmond Folk Festival. Now let this 11-piece Latin funk orchestra from Austin, Texas, put a shimmy in your duckpin bowling stroke. As Jesus Quintana sayeth in “The Big Lebowski”: “Wooo! You gotta date Wednesday, baby!” www.myspace.com/plazabowlrva.

My Bloody Valentine at the National, July 30

Noise pop legends who helped inspire the so-called shoe-gaze sound perform their only mid-Atlantic show. I would rather see this show with 3-D glasses than the recent remake of the horror film by the same name, but most likely I won't do either. The show's at 8 p.m. Tickets are $25 and went on sale June 20; get them before they sell out. 612-1900, www.thenationalva.com.

For real, it's the mega hip-hop event of the summer. Come to the bizzey, and get yo' swagger on, kid. One can only hope Lil' Wayne will consider showing up to the concert the night it's scheduled, maybe some time before people start shouting and leaving. He could surprise me, though, and use the moment as a chance to burn an Auto-Tune box on stage, making him a Hendrixlike figure for the baggy-drawers generation. Show starts at 6:30 p.m. (more or less). Tickets are $29-$79 — not counting the $400 VIP packages. 757-368-3000, www.livenation.com.

Mardi Gras Mumbo: Dr. John and the Lower 9-11, and the Neville Brothers at the Charlottesville Pavilion, Aug. 2

“Such a night / Sweet confusion under the moonlight.” These lyrics sung by the gumbo-mumbling fat cat, Dr. John, were apparently about stealing away drummer Levon Helm's girlfriend. “If I don't do it, you know somebody else will.” Great, thanks. Kind of makes you wary of Mac Rebennack, aka Dr. John — the right-place-wrong-time ivory tickler who always conjures the funky sounds of New Orleans. He's still got his voodoo working, though. Show starts at 7 p.m. Tickets are $27-$50. 877-CPAV-TIX, www.charlottesvillepavilion.com.

I'm not sure what sounds different when Gillian Welch performs with the David Rawlings Machine. I hope they play some classics off her albums and don't just settle for Dave's slow rendition of Cyndi Lauper's “Girls Just Want To Have Fun” with heart-wrenching delivery of these classic '80s lines: “Some boys take a beautiful girl and hide her away from the rest of the world / I want to be the one to walk in the sun / And girls …. they wanna … have fun.”  This show will be in the “The Last Waltz” mode, with two sets of friendly performers coming and going, playing with each other, and generally having a good ole time in the bluegrass-Americana tradition. Somebody get Martin Scorsese on the horn — or his intern at least. Show starts at 7 p.m. Tickets are $35. 877-CPAV-TIX, www.charlottesvillepavilion.com.