What I’ll be seeing during this odd, precarious summer return to movies. 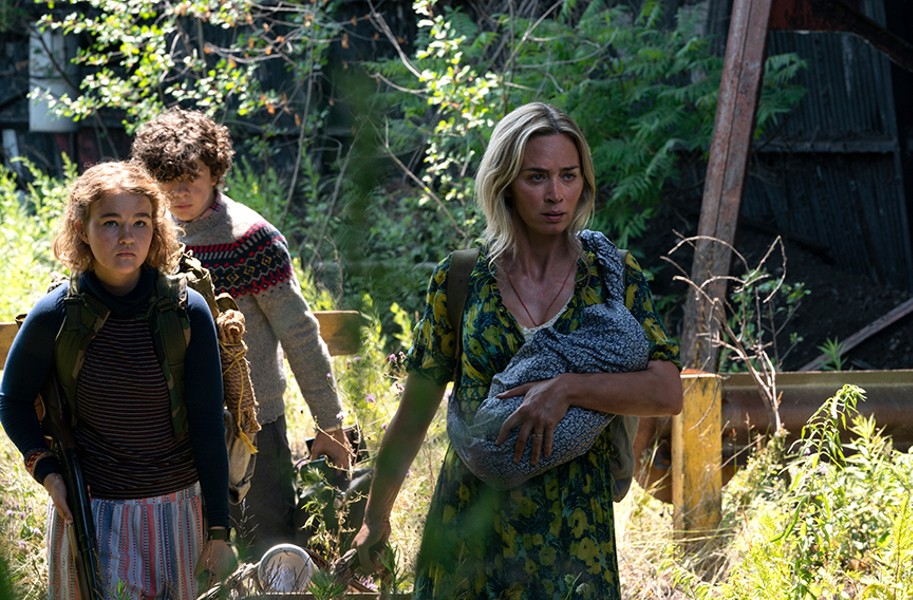 I recently wrote that I was looking forward to blockbusters as a symbol of normal as we begin to tentatively arise from the isolationist cocoon necessitated by the pandemic.

Looking over the movies I most anticipate this summer, I can see that urge is already fading. Now that I’ve been to a few restaurants again, now that I’ve been to the cinema again and seen friends at a few parties, I’m reminded that normal for me is not the typical franchise that studios churn out this time of year. If normal is yet another “Fast and Furious” installment, a series that once was fun but is now as bloated as any Marvel production, then I can handle abnormal.

This should prove to be an odd, precarious summer for many reasons, as we experiment with just how much freedom we can have back. The pandemic feels like a sleeping monster in a way, biding its time – the peril of watching so many movies and reading so many thrillers is that you tend to think in lurid cliches, however well-meaning you may be. This hungover, is-it-over-yet feeling gives one of the upcoming summer movies, one of only two sequels on my list, a potentially enriching resonance.

The experiment of this summer in terms of cinema pertains to the return of theatrical blockbusters – most intended for last year – in the midst of the sort of supersized instant-access streaming practiced by HBO Max back when theaters were temporarily relics of another time. One also wonders where this leaves middle-range dramas and experimental productions, of which there is a surprising supply this summer. It will be something to see, and I can’t pretend that I know anything you don’t. Anyway, here’s what I’ll be seeing.

“A Quiet Place Part II” (by John Krasinski)
Krasinski’s first “Quiet Place” felt like a calling card designed to prove that Jim from the American “Office” had directorial chops and could become, with time and nurturing, a powerhouse acting-directing hyphenate in the tradition of Clint Eastwood. Unexpectedly, Krasinski’s muscular suspense scenes and ambitious quasi-silent-movie formalism proved exactly this point, so I’m curious to see if he is a fluke. My gut is saying that he’s not. And the scenario, in which people quiver in silence from hidden monsters, obviously has even more bite than it did a few years ago. (May 28)

“Undine” (Christian Petzold)
I’m not as high on Petzold’s “Transit” as many of my colleagues, but “Phoenix” had an unshakable, insular intensity, and the filmmaker has an eerie knack for imbuing far-out concepts with the ring of everyday life. In this context, one wonders what he will do with what sounds like the story of a nontraditional mermaid. (June 4)

“All Light, Everywhere” (Theo Anthony)
I’m cheating with this one, as I’ve already seen “All Light, Everywhere,” twice in fact, and believe it to be the best movie of the year so far. Anthony fashions an intuitive and startling cine-essay-documentary, analyzing the fallibility of our vision and how that deficiency insidiously affects social institutions, particularly the rising industry of police body cameras. “All Light, Everywhere” is a marvel of activist-oriented cinema, yet isn’t a preachy op-ed piece either, as Anthony has the empathy and daring of a true artist. (June 6)

“Summer of 85” (François Ozon)
On paper this sounds like a standard-issue teenage romance, this time between two young men in north France in the 1980s, but Ozon is an adventurous and eccentric talent capable of fashioning extraordinary movies, such as his recent “By the Grace of God.” Of course, the very prolific director is also capable of mediocrities, so we will see. Such is the adventure and (mild) risk of cinema-going. (June 18)

“No Sudden Move” (Steven Soderbergh)
The supernaturally prolific Soderbergh seems to make movies nearly as fast as some people watch them – or at least as fast as Stephen King writes novels. Unlike King, none of Soderbergh’s work is without interest, and the 1950s-set “No Sudden Move” finds him in his wheelhouse, mounting what appears to be another twisty, stylish, taciturn crime thriller with a wonderful cast that includes Matt Damon, Benicio Del Toro, Don Cheadle, Ray Liotta, Brendan Fraser, Jon Hamm, Amy Seimetz and Julia Fox. (July 1) 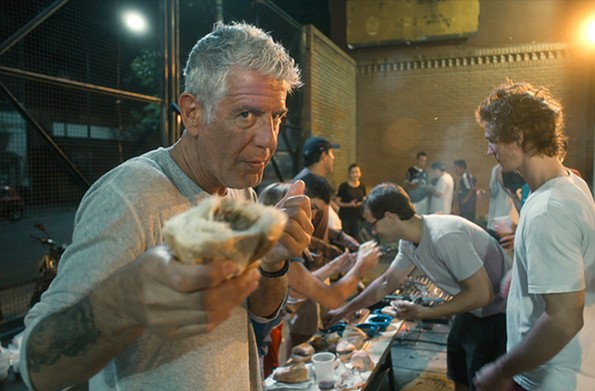 “Roadrunner: a Film about Anthony Bourdain” (Morgan Neville)
The cook, writer, and travel-show host Anthony Bourdain seemed to live a dream life, exuding a mixture of machismo, empathy and streetwise erudition that’s damn near irresistible, while savoring every taste the world had to offer. Which is to say that his suicide is still a shock, and proof yet again that we all carry our hidden weight. As a Bourdain junkie, I look forward to seeing what “Won’t You Be My Neighbor” director Neville uncovers about the tormented aesthete. (July 16)

“Old” (M. Night Shyamalan)
Give the divisive Shyamalan this much: You still never know what the hell you’re going to get with one of his movies. Decades into the game, and a few years into his surprising comeback, Shyamalan still refuses to play it safe. He has the technical acumen to crank out routine pseudo-prestigious thrillers, yet he still bets the farm on bonkers chamber dramas like “Glass,” which is admittedly more interesting than good. Adapted from a graphic novel, “Old” has a vintage Shyamalan high concept, in which people seem to age at an accelerated rate at a beach. The trailer sells it as a straightforward thriller, which it almost certainly is not. (July 23)

“The Green Knight” (David Lowery)
The story of “Sir Gawain and the Green Knight” gets a workout from Lowery, the stylish and consistently surprising filmmaker behind the very different “A Ghost Story” and “The Old Man and the Gun,” not to mention the remake of “Pete’s Dragon.” What unites these projects is an unusual strand of sensitivity, whimsy and longing, and one wonders how such a sensibility will manifest itself in an Arthurian legend. The trailer promises plenty of Lowery’s doomy poetry. (July 30)

“Annette” (Leos Carax)
Given that the aesthetically radical Carax wrote and directed “Holy Motors” – which I consider along with Paul Thomas Anderson’s “The Master” to be one the greatest films of the prior decade – his next production would be among my most anticipated of the year regardless of any additional context. However, that context only intensifies my impatience to see the film, as “Annette” is a musical featuring two of the greatest modern actors, Adam Driver and Marion Cotillard, as well as music by Sparks. (Aug. 6)

“Candyman” (Nia DiCosta)
Jordan Peele’s ambitious, cluttered and occasionally unnerving “Us” pilfered shamelessly from Bernard Rose’s 1992 “Candyman,” an elegant and terrifying fable of race and class warfare that still stands heads and tails above the current glut of simplistic, civic-minded films and TV shows that have become a genre unto themselves. Peele co-wrote the new “Candyman,” and while I’m nervous that he will hamper it with his brand of obviousness, the core premise is still so strong and viable that I will not be able to resist a new helping. And the trailer has some of the most potent horror imagery of the year. (Aug. 27)