The pods are still happening, but there will be some general admission tickets added for select shows. 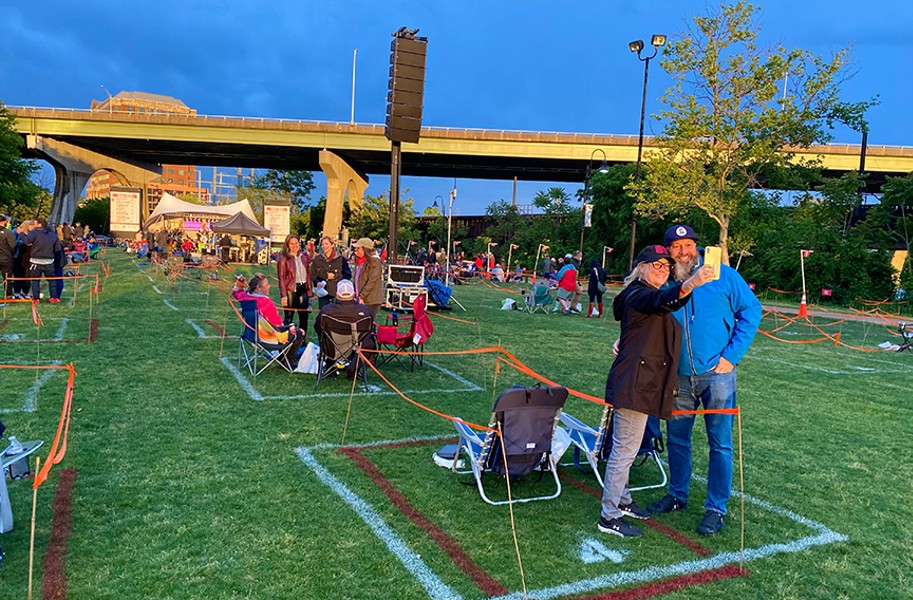 At midnight on Friday, May 28, Virginia ended its universal mask mandate and lifted most of the pandemic restrictions after new guidance from the Centers for Disease Control and Prevention. That was just a half-month shy of a full year since the original mask mandate came down.

So what does this mean for concert promoters who have been utilizing pod seating to keep people safely distanced? How about all the concertgoers who miss general admission live shows? Should anyone be concerned about entering large crowds when ethical discretion has been placed with individuals who may or may not have been vaccinated or believe in science and the government’s suggestions? Isn’t the best advice simply not to go to big events unless you’re fully vaccinated?

Most of the area’s main concert promoters tell Style they will keep the pod seating, partly because the tickets were sold that way, but also because they believe many audience members are still wary about health implications. In reporting this story, Style did not come across any promoters who will be requiring proof of vaccination.

“Every show has a different set-up now,” says Jessica Gordon, co-owner with Lucas Fritz of Broadberry Entertainment Group, which exclusively books the Broadberry, the Camel, Richmond Music Hall and Ashland Theatre. “Some people feel they bought a pod and so [they] want a pod. A pod can feel like a VIP experience, depending on the show and people. Other people want general admission.”

“All along we’ve been following the CDC and state guidelines,” she adds.

Fritz agrees that it would feel like a “bait-and-switch” to change the pod format now after people bought tickets. He adds that the Camel and Richmond Music Hall will go back to regular, general admission indoor shows, while other concerts will be handled on a show-by-show basis.

Among the Broadberry Entertainment shows that will be adding general admission tickets: Melvin Seals and JGB at Brown’s Island (June 27); Blackberry Smoke at Dominion Raceway in Spotsylvania (July 3); Fitz and the Tantrums at Brown’s Island (July 11); and the Wood Brothers at Brown’s Island (Aug. 17). Attendees will be able to purchase those as walk-ups at the gate, though they still will be digital. To get up-to-date information on all the events, check thebroadberry.com.

Fritz agrees that vaccination continues to be integral to the return of live music: “We encourage everyone to get vaccinated and wear masks ​if they are not​.”

Virginia Vaccination Coordinator Danny T.K. Avula told Style that venues can choose to require proof of vaccination if they so desire. The government is leaving that up to the private sector to decide its own policies: For example, airlines and cruise ships are requiring proof of vaccination or negative tests. He notes the official language in an email to Style Weekly: “Any private entity may adopt a mask policy that is more stringent than the Executive Order, so long as the entity’s policy does not violate state or federal law.”

Friday Cheers and After Hours at Meadow Event Park

The long-running Friday Cheers concert series has sold out all its shows, with the final Butcher Brown gig on June 25 selling out a couple weeks ago. According to organizer Stephen Lecky, director of events for Venture Richmond, the pod seating it sold in April is remaining in place for all shows.

“We will not be opening those shows up to more tickets,” Lecky says. “Obviously, we won’t be enforcing mask rules or any of that stuff … [but] just because things are opening up, doesn’t mean everyone wants to be shoulder-to-shoulder with 4,000 people.”

There is no need to require vaccination proof, he says, because the capacity numbers are low and the seating is socially distanced. Looking ahead, he says that a save-the-date news release is scheduled to come out this week about two signature fall events, the Richmond Folk Festival and the 2nd Street Festival, which should be returning to normal staging “assuming things continue to progress the right way,” he says.

Meanwhile, the popular Innsbrook After Hours has moved to Doswell and is now known as After Hours Concerts at Meadow Event Park, with a capacity of 8,500 and plenty of space. According to Adam Klein, spokesman for the series, the events will have reserved seating and general admission sections – with regular staging and no social distancing starting with this week’s Aaron Lewis show June 4. 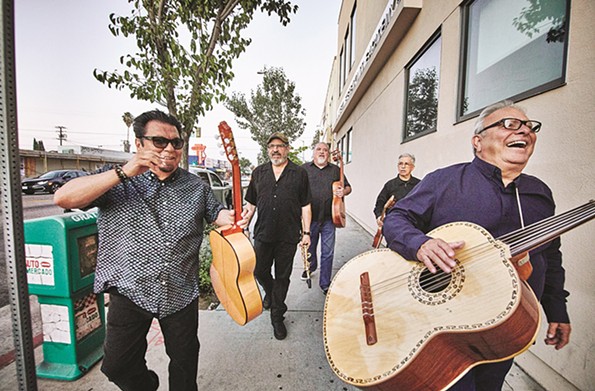 After Hours Concerts will not require vaccination proof and Klein notes that the new venue is “so spacious, if you want to go and stand away from the crowd you can.” He adds that the “tremendous” new 60-foot-by-48-foot stage will allow for major national touring acts with bigger production demands. “We have done some things to make the operation more contactless both at entry and at the beer and concession stands,” he notes. “ Easier to navigate and also to eliminate long, crowded lines.”

Musician Michael Cipollone, booker for Brookland Park venue Fuzzy Cactus, which had been ramping up killer garage rock and punk shows before the pandemic, tells Style he will likely not resume shows until the fall. Also keep an eye out for outdoor shows eventually returning to Cobra Cabana in Carver, according to owner Herbie Abernathy, aka Valient Himself – whose restaurant features a chill back patio bar, perfect for an afternoon tequila, pink grapefruit and lime drink, as I learned recently. Events have also been picking up at Main Line Brewery at 1603 Ownby Lane, which recently booked Talking Heads tribute act Fear of Music for a Memorial Day show.

If vaccinated, why not dive back in fully? I can’t think of a sweatier, booty bumpin’ show more likely to get up close and personal than New Orleans’ queen of bounce, Big Freedia, performing June 11 at Richmond Music Hall. Here is a sampling of some other announced concerts – however, there should be many more coming soon.

Bruce Hornsby and the Noisemakers at Brown’s Island (June 17)

Cassidy Snider and the Wranglers at the Camel (June 25)

Japanese Breakfast and Mannequin Pussy at the National (July 22)

Tanya Tucker and Walker County at the National (Aug. 25)