Haven’t you read Forbes magazine? Richmond is the place for live music.

Nas at the National, July 22

Miramar with Rosette String Quartet at Firehouse Theatre, June 16
The lovely, romantic boleros of Richmond's own acclaimed Miramar backed by a local all-female string quartet should be quite a night. Pre-concert talk at 6:45 p.m. Concert at 7:30 p.m. $20.

An All-Star Tribute to Aretha Franklin at the Broadberry, June 21
Yes, we're still reeling from the loss of that voice, so why not a tribute show? Local musicians who will celebrate Franklin's music include: Buttafly Vasquez, Sam Reed, Brittany O'Neil, Cat Soul, Elliot Currie with an all-star band including Kelli Strawbridge on drums, Bob Miller on trumpet and Reggie Pace on trombone. 9 p.m. $10-$12.

Minor Poet, the Wimps and Hotspit at the Broadberry, June 22
The latest Richmonder to score a highly sought after deal with one of the country's top indie rock labels, Sub Pop Records, Andrew Carter (Minor Poet) crafts smart and dreamy indie pop songs, according to American Songwriter. 8 p.m. $10-$15 or $25 for show and a record.

Jason Isbell and the 400 Unit and Father John Misty, plus Jailbird at the Altria Theater, June 24
The former Drive-By Trucker returns to what is surely a home city of sorts, combining his accomplished Americana sounds with the more self-conscious, theatrical stylings of Father John Misty (Josh Tillman, who started out with Fleet Foxes). 7 p.m. $59.75-$79.75. 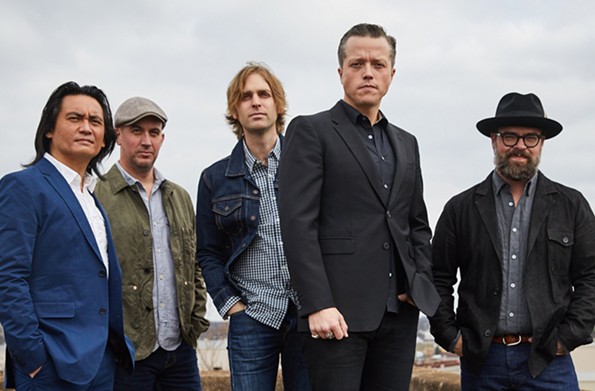 Candy Snatchers, Zodiac Panthers and Sick Bags at the Camel, June 28
I still remember those old dirty fliers from the twilight daze of gritty Grace Street. Norfolk's Candy Snatchers were known in the '90s for bloodletting and fire-starting punk shows. They're back with support from North Carolina garage punk trio Zodiac Panthers, and Richmond's own twisted Sick Bags. 9:30 p.m. $13-$15

Soccer Mommy and Kevin Krauter at the Broadberry, July 10
Part of Independent Venue Week, Soccer Mommy (Sophie Allison) is a Nashville native who has turned heads with her mature and emotionally intimate songwriting. 8 p.m. $15-$18.

Franki Valli and the Four Seasons at the Altria Theater, July 13
An evening with the original Jersey boy known for crooner classics such as "Can't Take My Eyes Off You," "Sherry" and "Grease." And judging from YouTube, he still has some of that high range. 7:30 p.m. $59-$79.

Bruce Hornsby and the Noisemakers and Amos Lee at Maymont Park, July 20
Williamsburg's pianist son, Bruce Hornsby, returns to Richmond to play new music and radio staples like "Mandolin Rain" in the lovely and tranquil setting of Maymont, backed by the soulful folk of singer and songwriter Amos Lee. $41-$66. 7 p.m. 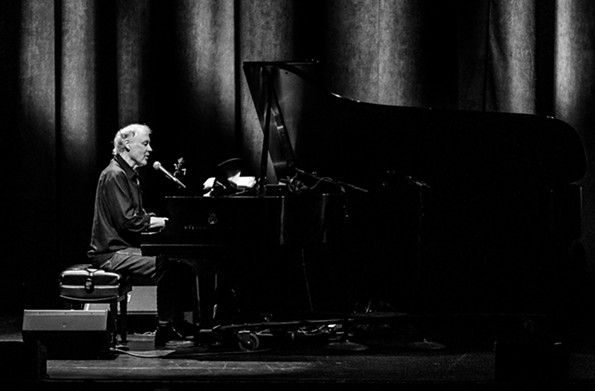 Sebadoh and Eleanor Friedberger at Capital Ale House, July 22
The long-running project of Dinosaur Jr. bassist Lou Barlow headlines with support from stylish singer and songwriter Eleanor Friedberger, best known as one half of the Fiery Furnaces. 8 p.m. $20.

Nas at the National, July 22
A Queens, New York, native and one of hip-hop's most highly regarded rappers since dropping his 1994 debut, "Illmatic," Nas returns to Richmond now a diverse businessman and winner of the W.E.B. DuBois Medal. 8 p.m. $45.

An Evening with Gordon Lightfoot at the Carpenter Theatre, July 24
The singer behind soft radio staples such as "Sundown," "Early Morning Rain" and "If You Could Read My Mind" brings a tour of hits and deep cuts to the River City. 8 p.m. $39-$99.

Killer Queen and Abba the Concert at Innsbrook After Hours, July 24
A tribute show featuring odes to the exceedingly popular music of Queen, with Patrick Myers as Freddie Mercury, joined by a tribute to those underrated Swedish pop gods, Abba. 6 p.m. $21-$69.

Beres Hammond at the National, Aug. 13
The accomplished Jamaican reggae singer known for lovers' rock and soul-inspired vocals for more than 40 years. 8 p.m. $25-$30.