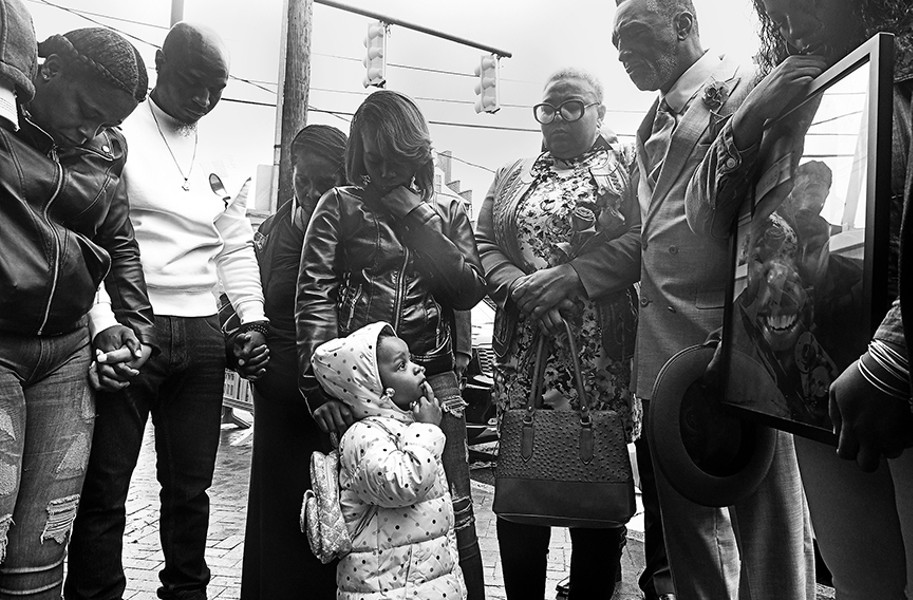 Style photographer Scott Elmquist’s first place news photo: Carmen Lawson 3, looks up at a photograph of her grandfather Kenneth Lawson at a Prayer Vigil in Shockoe Bottom. Early on Christmas morning, Lawson was shot and killed at Wing Bar in Shockoe Bottom. His family gathered on Sunday, Dec. 29, outside Wing Bar to remember him.

The Virginia Press Association has announced the winners of its 2019 news and advertising contest and Style Weekly had a strong year, winning 44 awards with 16 first-place honors.

The annual Virginia Press Association banquet was postponed due to the coronavirus pandemic, but there are some other awards to be announced whenever it is rescheduled.

Congratulations to all the winners and thanks, as always, to our readers. We hope you will continue to support community journalism in the tough days ahead.