A few movie selections from Amazon Prime and Netflix. 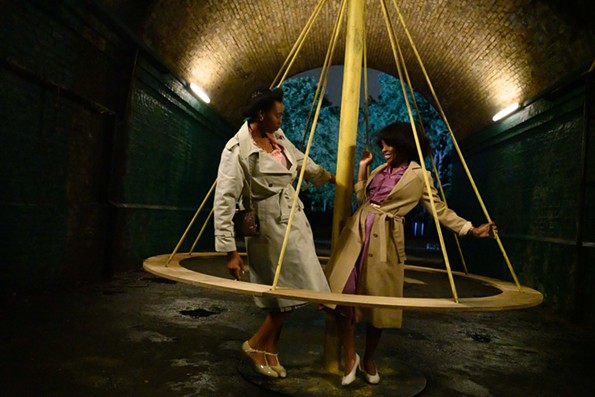 This anthology of five narrative films centered on the lives of West Indian immigrants in London of the 1960s and 1970s is one of the great film projects of the year. Each gorgeous looking movie stands on its own, all directed by the acclaimed British filmmaker and video artist, Steve McQueen, who also wrote the films over the past decade, collaborating with Alastair Simmons on “Mangrove,” “Alex Wheaton” and “Education” and with Courttia Newland on “Lovers Rock” and “Red White and Blue.” A series this rich and rewarding, featuring a plethora of wonderful performances, deserves a recent critical comparison to Krzysztof Kieslowski’s “Dekalog” series, the highly acclaimed Polish series from 1988. The Los Angeles film critics just named “Small Axe” the best picture of the year – and you can expect more praise to come.

A good place to start might be one of the series’ most romantic entries, “Lovers Rock,” which all fans of reggae music should definitely check out. It takes place over the course of one long night at a Notting Hill house party in 1980. Quite simply, it’s one of the most beautiful odes to the magic of music in a DJ/dance setting that has ever been put on film – bursting with sensuality, joy, playfulness, fear, simmering violence, romance and ecstatic release. But as a whole, the entire series is more rooted in compelling social justice themes; it’s really one long immigrant story of people attempting to survive and change segregation and systemic racism in different, inspirational ways.

If you like unconventional ‘70s crime dramas, you’ll want to check out this suspenseful film starring Rachel Brosnahan, Arinze Kene, and Marsha Stephanie Blake. The plot basically follows a woman (Brosnahan) and an infant that has come into her possession as they go on the run with a criminal partner of her husband’s (Kene), trying to avoid shadowy mafia-type figures hunting for her husband. Director Hart does a great job with attention to period detail and the soundtrack offers a nice mix of deep cuts by groups such as The Faces, Ted Lucas and Bobbie Gentry and hits by Aretha Franklin. I was a little disappointed by the pat ending, but still it was worth watching, especially if you like stylized ‘70s period pieces and chase flicks that attempt to be different.

Looking for a savagely funny dramedy about two fortysomethings who have become obsessed with getting pregnant a little too late? A movie that doesn’t pull any punches and shares all kinds of intimate, private details that will ring true to anyone who has been down this infertile road? Then the 2018 film “Private Life” is for you – just in case you missed it the first time around.

Led by a memorable central couple of New Yorker artists, Kathryn Hahn as 41-year-old Rachel and the ever-weary Paul Giamatti as her partner, 47-year-old Richard, the film shows all the humiliating and occasionally harrowing steps of using the latest in medical science to conceive – a large percentage of which end in heartbreak for many couples. I know it doesn’t sound funny, but Jenkins (“The Slums of Beverly Hills” and “The Savages”) is a wily veteran at poking fun at privileged inner city folks; she doesn’t hesitate to bring their neurotic tendencies to a full boil, not unlike Woody Allen, but with a less egocentric, female perspective. It’s a high-wire act that the director pulls off well, showing clear-eyed empathy for their emotional predicament. The film is aided by a strong supporting cast that includes Molly Shannon as sister-in-law Cynthia and her daughter is played by the excellent young Kayli Carter, who wants to help out her favorite couple. This is probably Jenkins’ finest film to date, powerful, funny and touching.