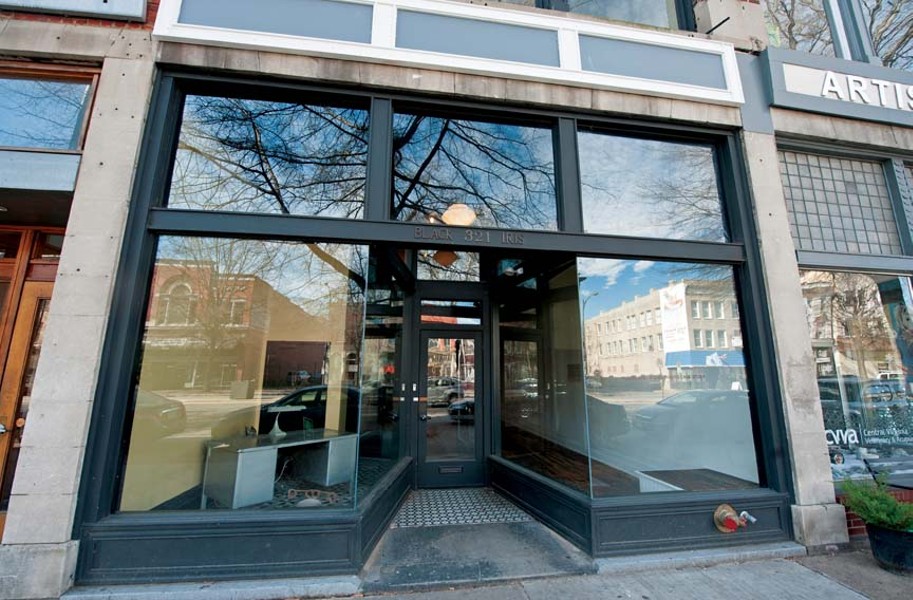 Hidden in plain sight on Broad Street is an Emmy-winning music production house you probably wouldn't look at twice. Located in the arts district, Black Iris Studio writes music for television, film and the Web — and it's also been known to record a band or two.

"When we started this company a decade ago, we were guys who came from indie-music bands like Denali, Four Hundred Years and Delegate," says Justin Bailey, a partner, composer and creative director at Black Iris. Identifying a niche in the market — advertisers who were looking for authentic, original music for commercials — the former musicians broke into the business by being able to supply it.

"People in advertising want to be on the cusp," Bailey says. "That's always been our aesthetic and that's how we sold ourselves."

When they bought their building four years ago, after a stint in Scott's Addition in a much smaller, self-described "asses to elbows" space, part of the appeal was its storied past as Sound of Music, a recording studio partially owned by Cracker frontman David Lowery, which recorded bands as diverse as Sparklehorse and Lamb of God. "It's got good studio ghosts," Bailey says. "There's such a rich history of music here."

Black Iris owners gutted and restored the multilevel space, fixing it up to suit their needs and leaving little of the original building intact. It houses two full music studios, each with a control room for mixing and knob turning, a live-tracking room and an isolation booth. A third suite is dedicated to sound design and editing work. Musicians needing a smoke or inspiration can find it in a windowed aerie on the top floor offering a spectacular view of Jackson Ward and the bustle of Broad Street below.

A considerable part of the intent with Black Iris Studio was to provide local musicians with work when they came off tour. "They can make some money to be able to keep touring," Bailey says, "and support their musical careers without having to go try to find a job that allows them two weeks on and two weeks off. It's a win-win for everyone."

By employing talented, working musicians to compose, they found themselves creating music that people sought independent of commercial usage. That led to starting a counterpart record label, White Iris Records, which released a lot of bands early in their careers, including the reverb-drenched sunny California pop of Best Coast's "Crazy for You" and the sublime and haunting chamber folk of Other Lives' "Tamer Animals."

The Black Iris posse doesn't just make music, it plays host to it, and the gallery has become known for both art and music shows. When it settled into digs on Broad Street two years ago, it took its address in the arts district seriously, deciding to dedicate the front of the first floor to a gallery. Besides participating in First Friday Art Walks with monthly art openings, It has held an eclectic mix of music shows featuring the likes of Hypercolor, Warren Hixson and James Wallace and the Naked Light.

Anything can happen at Black Iris. Sometimes, a record is recorded accidentally, as when former punk guitarist turned visual and sound artist Stephen Vitiello booked Black Iris for a documented rehearsal of his performance at the Smithsonian. Vitiello was so impressed by the recording that he decided to release the material as "Between You and the Shapes You Take."

Television work also abounds. The studio is on its second season of songwriting for Nickelodeon's "Wally Kazam," and is knee-deep in writing the score and soundtrack for IFC's first season of "Maron."

Oh, and that Emmy it won was for music and sound design in a spot for Canon. That's right, it used a 19th-century parlor song, "Beautiful Dreamer," retrofitting it with a languid 21st-century, indie vibe that's the hallmark of its work, to sell cameras. The award may have been for outstanding commercial, but the spot's title is just as apt for Black Iris Studio: Inspired.