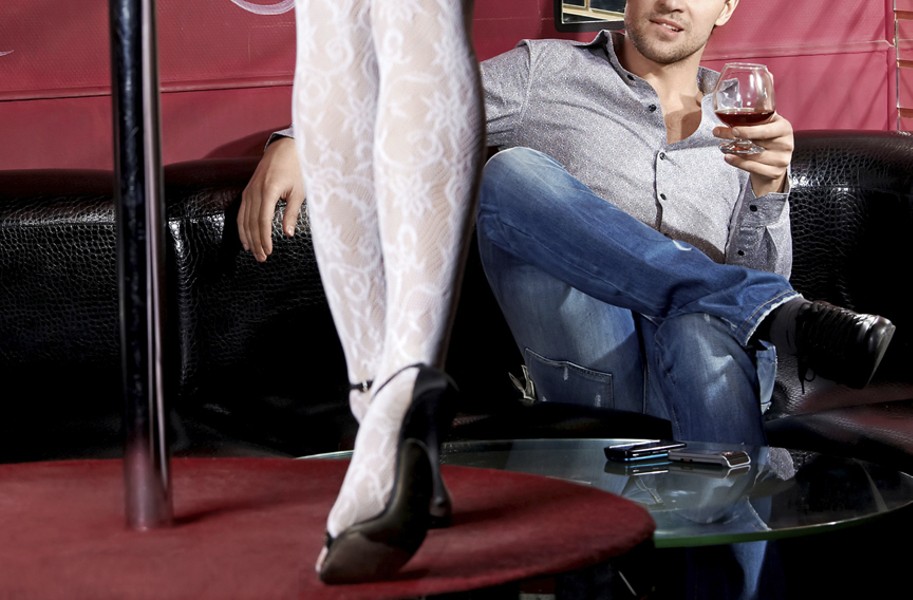 That’s a point that labor lawyer LaDonna Lusher makes when explaining why a group of strippers from the Richmond area may well win a civil complaint filed against some of the city’s largest and most well known adult clubs.

The case, filed in the U.S. District Court in Richmond mid-January, claims William “Billy” Pyliaris and the clubs he owns -- Candy Bar, Club Rouge, Daddy Rabbits, Paper Moon and Pure Pleasure -- have a history of ignoring federal labor laws and forcing dancers to tip out normally untipped employees. Additionally, the club’s use of “house fees,” which charge dancers for the use of the stage violates state law, the claim states.

A partner at Virginia and Ambinder, Lusher is representing Hannah Cramer and other dancers in the class action suit. The lawyer says the Richmond case is not dissimilar from other strip club labor cases she and her firm have fought and won.

“Often times these clubs classify entertainers as independent contractors but there’ve been a lot of successful suits that have found the entertainers are really employees,” she says. “The business couldn’t survive without them."

While the court document fails to list a financial amount sought in damages, exotic dancers have a history of winning big payouts. One challenge against a New York club led to $10 million for the dancers after many years of litigation.

“The courts are very sympathetic to these claims, the law is completely on the side of the claimants and they are disasters for the clubs,” says Gary Edinger, a Florida-based lawyer who represents strip clubs up and down the East Coast, more often for First Amendment claims but also in these labor disputes.

In an email, Edinger explains that courts put the burden on club owners, not performers, to prove labor claims are false – which can create problems for an industry that has a history of skirting paperwork in exchange for financial gain. Edinger also points to the irony of dancers seeking W-2 employment status. His many years working in and around strip clubs have shown many performers prefer the “flexibility in work hours and the very respectable income that comes with being an independent contractor.”

Depending on the location and the kind of club, he says, “regular performers may be making between $30,000 and six figures.”

But if the dancers elect to become employees after suits like this, it can drastically impact their income between taxes taken out and how much tip income they claim.

For some dancers, that might not be the best long-term decision.

One woman familiar with the financial gain is Nia Burks. A retired dancer, she spent a decade in and out of Richmond clubs and earned the money to prove it. But she also saw wage abuse, among other abuses, first-hand. At the time, not having paperwork to file worked out in her favor, she says, but she “needed a lot of money really bad and it was a great resource for cash.”

Looking back, she says there are bigger problems in the industry than unfair wages. “The older I got, the more I was able to recognize what exploitation and abuse was,” she says, noting that she left a changed person.

But lawyer Lusher thinks that holding club owners accountable can lead to broader improvements for the quality of work in the industry.

“Getting these clubs to comply with the law and getting [performers] the wages they are due … that helps rectify the situation,” she said. “Is it going to rectify all of the issues they are facing? No. … [But] if they realize there’s going to be consequences to them breaking the law, they’ll be less likely to break other laws.”

Attempts to reach Pyliaris or any of the clubs for comment were not returned by press time, however all of their Facebook pages were updated with images containing the words “hourly wages + tips” days after the civil suit was filed.