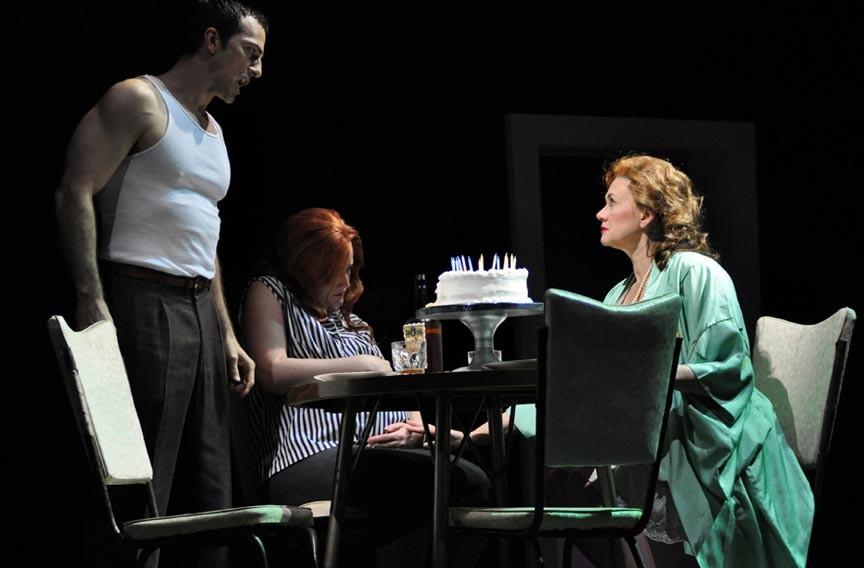 Marlon Brando's bellow in the film of "A Streetcar Named Desire" is one of the most memorable moments in cinema history. Drunk and soaked, Brando's Stanley Kowalski is a brutish animal calling for his mate, and Stella doesn't disappoint. Slowly, seductively, his wife descends a staircase to meet him.

It's exactly this sort of iconic portrayal that David Adam Moore is trying to avoid.

In the 1990s, composer André Previn adapted Tennessee Williams' Pulitzer Prize-winning play into an opera. This weekend, Virginia Opera's version hits Richmond, and Moore is portraying Stanley. "I think I was lucky in getting this role in that I had never seen the movie," he says. "I didn't have Brando's interpretation burned into my brain, and I think that helps."

While audiences might be familiar with the original work, director Sam Helfrich says that the company's gone to great lengths to distance this version from others. The set, for instance, is a simple, elevated platform with four doorways. Each character has a set piece with which he or she closely identifies throughout the show.

"Audiences have been surprised by the unusual design, but I think people really respond to it because it allows you to focus in on the characters and watch them interact," says Helfrich, who adds that he's asked for more stripped-down portrayals from his performers. "One of the things I worked on in rehearsal was getting the singing actors to do less, not really act so much."

Members of the cast are taking their roles seriously. After being cast, Moore took to the streets of New Orleans to conduct research first-hand. "I was able to explore areas where Stanley and Stella lived," Moore says. "To talk to some older people there who would have been around his generation."

This research allowed Moore to get a better handle on the culture and ethnic relations of New Orleans in the 1940s, important when portraying a Polish-American of that time period.

"I didn't know a lot about the anti-Polish sentiment in the U.S. during the earlier part of the 20th century," Moore says, "so that was something I had to learn from the ground up to understand what he was up against." He notes that considering his character's upbringing, Kowalski had accomplished quite a lot and rose quickly to the rank of master sergeant in the Army. "Then Blanche comes in and constantly discredits his achievement," he says, "calling him a Polack and vulgar and trying to convince Stella not to be with him anymore."

As a baritone, Moore says he usually plays more upstanding and noble roles, so it's been interesting to play a less reputable part. "He's not just a cruel sadistic guy who hates people," Moore says. "I'm not saying Stanley Kowalski is a great guy, but it's my job to get into his head and understand where he's coming from."