Street Logic: A Memo to Richmond's Incoming Administration From the City Itself

Scott Elmquist At Sixth and Franklin streets, making the facade of a 1927 art deco parking garage into the point of departure for a proposed multi-use project would respect the existing scale of the neighborhood.

Memorandum
January 2017
To: Mayor Levar Stoney and members of City Council
From: The buildings, blocks and alleys of Richmond
Re: Your silent constituents

Congratulations on taking office and all best wishes for the new year.

Each of you, no doubt, already is swamped with requests from and concerns of those you represent. But unlike those residents, who are mobile and fluctuate from time to time, we — the streets, buildings, alleys, monuments, bridges and parks — are considerably more permanent.

We define the shelter, workplaces, traffic ways, atmosphere and overall attractiveness of each district and neighborhood. We hold the collective memories, some predating colonial times. We are a physical database with links to all that has gone before. To Google us, merely step out onto a sidewalk, take a stroll or peer out a window.

More importantly, there are stories and lessons to be mined by using best-practices preservation and careful interpretation in our development. tweet this

We may be made of stone, stucco, concrete, metal, glass or even plastic — and aesthetically may leave something to be desired — but there are beauties among us. More importantly, there are stories and lessons to be mined by using best-practices preservation and careful interpretation in our development.

This will stimulate a multiplier effect. You have only to look at the attractiveness and enhanced tax base derived from the Fan and Museum districts, Union Hill, Church Hill and Shockoe Slip, where old cobblestone streets are protected and handsome structures are restored and put to good uses.

Compare these places to sites where our building fabric was decimated, as along East Broad Street where three block-long parking lots between Fourth and Ninth streets deface downtown’s city’s prominent thoroughfare.

Or contemplate the vicinity only two blocks north, where dreadful urban design choices of past leadership created a dead zone despite a plethora of major facilities — City Hall, the federal building, a community college, the Greater Richmond Convention Center, the Coliseum, and a bio-tech complex.

It’s not rocket science to see what works and what doesn’t in old cities. Listen closely to us, the buildings, blocks and back alleys, and we will whisper what works.

There are many opportunities on your agendas:

• Discussion is underway for a mixed-use megaproject, maybe 18 stories high, for the block bounded by Grace, Sixth, Seventh and Franklin streets. All of the restored buildings in the surrounding blocks now house apartments and restaurants, both casual and fancy. The Dominion Arts Center here is architecturally spectacular and may be the only downtown venue that folks from the ’burbs and beyond ever come downtown to patronize: The center is a 1920s marvel that carries on a conversation with its architecturally worthy and art deco neighbors.

These include the Verizon Building, the Residences at the John Marshall, the Berry Burk building and the Miller & Rhoads Hilton. Brilliantly, even the 1927 parking garage on the proposed development site, turned out to be as handsome as the buildings it once served. Making the parking garage facades the point of departure architecturally for the proposed building will enhance the possibilities of the new building respecting the scale of the neighborhood.

• As construction of the Pulse bus line continues from Rocketts Landing to Willow Lawn, the planning and design of a permanent GRTC transfer facility (now an outdoor stretch along North Ninth and East Leigh streets in the “dead zone”) is advancing. Without question, this permanent transit hub should go in the vicinity in which it’s currently located, near City Hall, the Social Services Building, courthouses and the Virginia Commonwealth University medical complex.

Overwhelmingly, buses serve the economic underclass and these are places they often go. If the larger population — 9-to-5 downtown workers and tourists — should ever deign to swipe a bus card, they too would be well-served in reaching workplaces, entertainment venues, hotels and historic attractions. 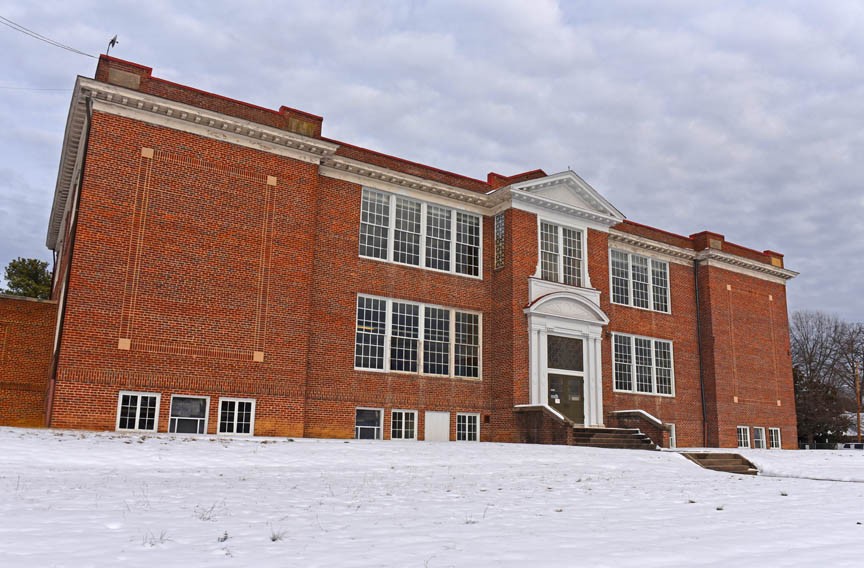 • In the West End, Bon Secours has been criticized for dropping plans to build a nursing school into the handsome old structures of the former Westhampton School, citing expenses. Now it proposes newly built doctors’ offices. Is there opportunity to reconsider? We would hope the nonprofit hospital chain could find a talented architect to retrofit the beautiful buildings. And hey, we have no problem with additions to old buildings: They add contemporary zest. Maybe there is room for compromise.

• And speaking of the possible loss of beloved architectural fabric for a nonessential use, you also might keep an eye on plans of Union Presbyterian Seminary to enter the apartment business, under the guise of a student dormitory. The ministerial training ground should be able to develop the 3200 block of Brook Road, but after 125 years of delivering excellence in architecture and good neighboring, the proposed sprawling apartment complex is an insult to all parties concerned.

We could go on — the development and interpretation of Shockoe Bottom and its links to the slave trade presents the opportunity of a generation for us, the blocks, buildings and back alleys, to deliver our special and important messages.

During your terms in office, we would appreciate your listening carefully to the rich histories that we contain so that, together, we can build a more robust city. S