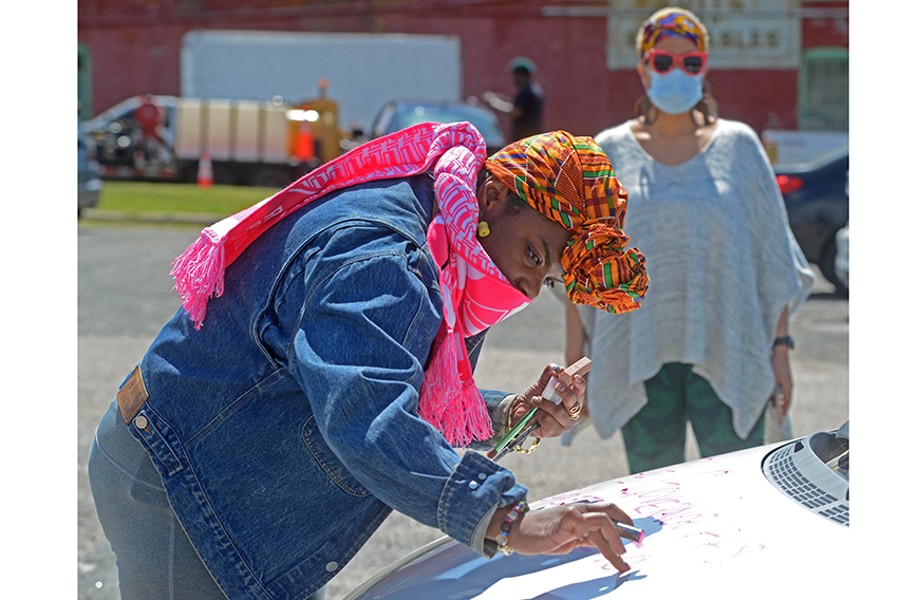 Jasmine Leeward writes the message “The Governor has complete discretion to grant clemency and #FreeOurPeople,” in preparation for the Car Rally at Richmond City Jail on April 10. Advocates protested by circling in front of the jail while calling for the release of prisoners during the COVID-19 pandemic. 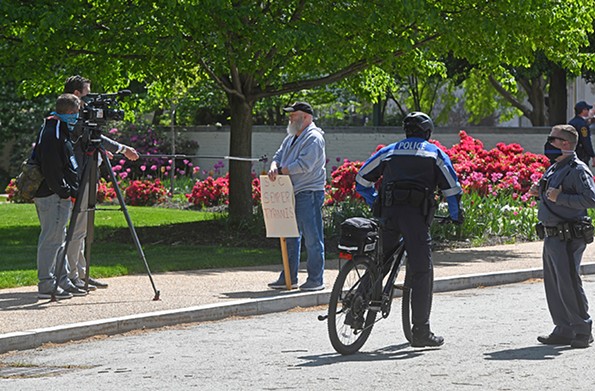 CBS-6 News journalists Cameron Thompson and Chris Norton interview a protester at the State Capitol during the ReOpen Virginia rally April 16. About 50 people protested. A similar event at the Capitol is planned for April 22. 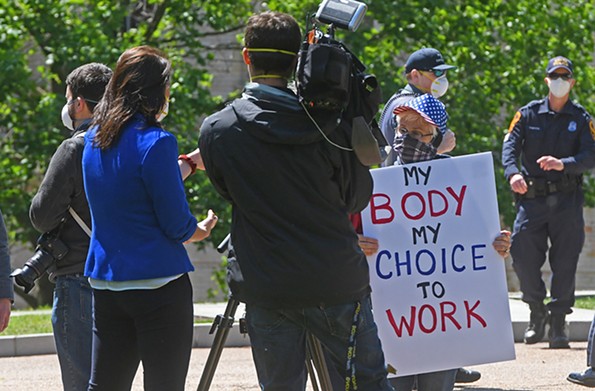 Tarus Woelk of Henrico protests during the ReOpen Virginia rally at the State Capitol on April 16. 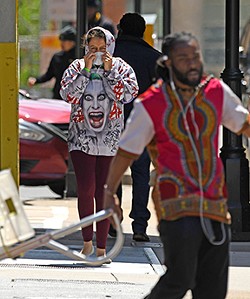 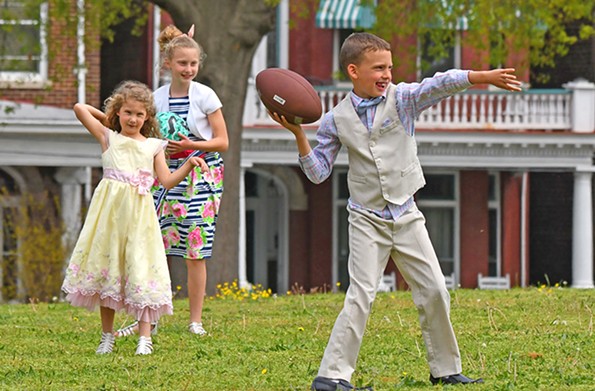 Liz Bigelow has been a doctor in Richmond for almost 11 years. Heather Fitchett has been a licensed practical nurse for 15 years. Both have tested potential COVID-19 patients at PartnerMD’s office off Forest Avenue.

“I’ve been amazed at the response of all health care workers,” Bigelow says. “There’s been no hesitation from anyone to help out in any way possible. The main focus continues to be care for our patients.”

For Fitchett, the pandemic has reinforced how much she enjoys interacting with patients and why it’s important to slow down: “I’ve learned to really appreciate my support system – my family, my friends, my colleagues. We’re all in this together and everyone has been great about supporting each other.” Protesters in cars circled Oliver Hill Way at the Richmond City Jail during a car rally. They called for the release of prisoners due to the COVID-19 pandemic. 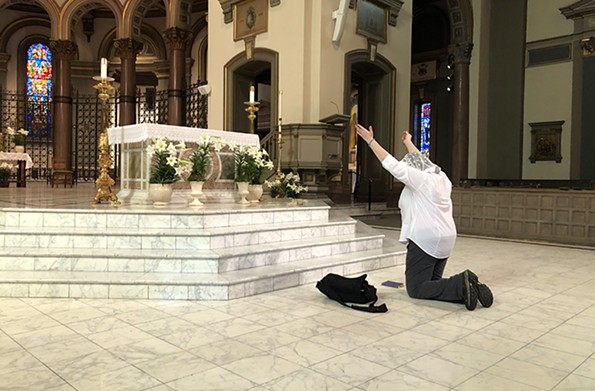 A worshipper kneels during Easter Sunday at the Cathedral of the Sacred Heart, the seat of the Roman Catholic Diocese of Richmond on North Laurel Street. The Mass of Easter that day was live-streamed, and the cathedral was open from noon to 3 p.m. for the public to pray. 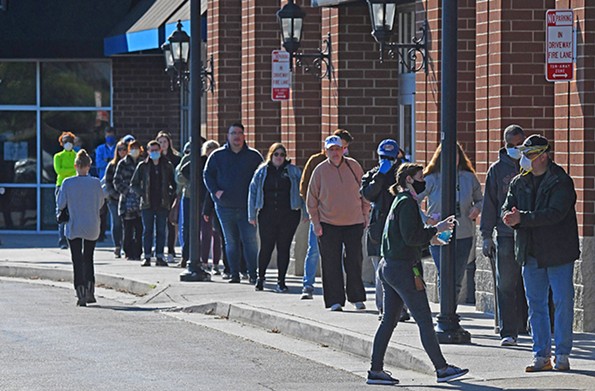 Customers line up outside Trader Joe’s in Short Pump on Saturday, April 11. The grocery chain was only allowing 20-30 customers in at a time and offered people hand sanitizer before they entered the building. Richmond Mayor Levar Stoney stopped into Soul Taco in Shockoe Slip for carryout tacos April 9. While waiting for his food, the mayor discussed the challenges COVID-19 is presenting to the local restaurant industry with owner Trey Owens. 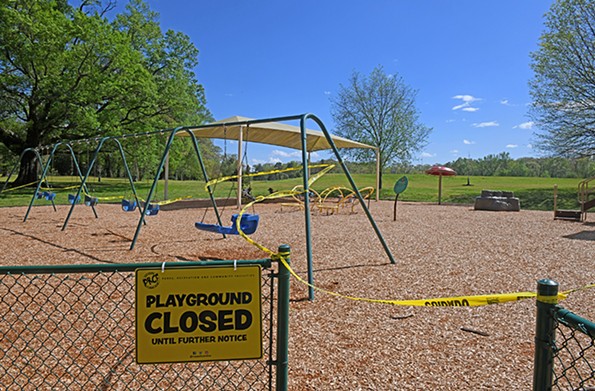 Caution tape marks the closure of the playground at Bryan Park in Richmond’s North Side.