Columbia University's James Colgrove takes on the debates over HPV vaccination and sexuality. 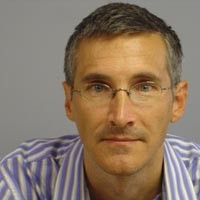 As far as sexually transmitted diseases go, some live like celebrities -- AIDS, for example, gets attention, financial support, benefit concerts. Others live mostly off the radar -- human papillomavirus, known as HPV, is one of the most common, affecting 20 million Americans, according to the Centers for Disease Control and Prevention.

Half of sexually active men and women will contract it at some point in their lives. For most it's harmless. But some strains can cause genital warts or cervical cancer. The American Cancer Society estimates that the virus is responsible for 21,000 diagnoses of cancer in 2008, more than half in women -- remarkable for a largely unknown virus.

Until the middle of 2006, that is, when pharmaceutical giant Merck developed Gardasil, a vaccine that protects against four major strains of the virus. The catch, of course, is that it is most effective when administered to girls before they become sexually active, meaning about 11 or 12 years old. The debates began immediately when the issues of mandating this vaccination were raised: Would it encourage promiscuity?

Add to that the fact that it's an expensive treatment and this C-list disease suddenly had celebrity treatment. Virginia is the only state that mandates the vaccine for girls, although the District of Columbia does as well. Gov. Tim Kaine signed Virginia's requirement for sixth-grade girls into law in 2007.

Style spoke with James Colgrove, an assistant professor in the Center for the History and Ethics of Public Health at Columbia University's Mailman School of Public Health, who's written extensively on history and ethics of vaccinations. He's scheduled for a talk at Virginia Commonwealth University (put on by the VCU Science, Technology, and Society Initiative, 828-1635), “Keep Your Laws Off My Daughter's Body: The Politics of HPV Vaccination,” April 16 at Grace Street Theater at 7 p.m.

Style: What are the sides in this debate?

Colgrove: The vaccine is particularly controversial, I think, because it's at the intersection of these two areas that have been very contentious in recent years, and that is vaccine safety and adolescent sexuality.

For the last couple of decades but in particular in the last decade or so, there have been a lot of allegations about supposed side effects from vaccines, and you've probably heard the theories about autism, which have been completely debunked. So there's just been a lot of attention to the real and supposed risks of vaccines. Now nobody … to my knowledge, has suggested that the HPV vaccine might be linked to autism. But this is an environment where any new vaccine is looked at very critically just because there's so much attention given to the safety of vaccines in general. And then the other issue of course is adolescent sexuality, and there have been many debates about that. …

How does vaccination deal with the rights of the individual versus those of the public?

The issue of individual rights and public health programs is often at the center of debates in public health, and immunizations are kind of unique because they benefit not only the individual who receives them but also the surrounding community. So for example, if you want to do something to control obesity, you could say, well, this isn't an appropriate thing for public health to do because if somebody is overweight that doesn't affect anybody else in the community. Whereas if you want to intervene against an infectious disease through immunization you have that additional justification. …

There are a lot of other things that states can do to increase use of the vaccine, but mandates, school mandates, are one of the most effective. … And HPV is different from most of the other vaccines that are mandated for school use in that it doesn't spread casually.

But really, aren't the only women who are safe from HPV the ones who never have sex?

HPV is incredibly prevalent. There are many strains and virtually anyone who is sexually active has a very high chance of becoming infected at some point in their lives. So even though it doesn't spread casually it is certainly very prevalent in the community. And that's a counterargument that you can make for a school requirement, is that virtually everybody is going to come in contact with this at some point in their lives.

How does the opposition break down? Is it a red state-blue state thing? A rural-urban thing?

There aren't clear patterns. A lot of the opposition, as they say, has come from cultural conservatives, so you are going to find maybe some more of that in the red states. On the other hand, with regard to activists who question the safety of vaccines, that doesn't map neatly onto kinds of political ideologies. It's one of these areas where the civil libertarian left meets the conservative right and they agree in this issue of no government in our lives.

Yeah, it's a very strange-bedfellows kind of situation. There's been some research on who opposes vaccines and generally it looks like that's more of a phenomenon of white, middle- to upper-middle-class, educated people. You know, the kind of empowered patient who does their own research on the Internet and is more likely to question medical authority.

The issue of vaccinating boys has now come up. How does that change the arguments?

The consequences of HPV infection are more severe in women because the strains that the vaccines prevent are associated with cervical cancer in women, and obviously that's not a problem for men. HPV infection in men can lead to cancers in men, penile and anal cancers. The numbers are smaller than in women though. So the benefit that boys will derive from the vaccine is probably less than the benefit that girls derive from the vaccine. On the other hand, vaccinating boys … will decrease the amount of HPV that's out there in the world. So that's going to benefit women as well as men. ...

But it'll be interesting to follow this debate and see if anyone raises the objections that were raised about girls in terms of sexual activity, because a lot of that with vaccinating girls was we don't want to encourage them to be sexually active. And I've actually not seen that in boys.

Is it possible to look at the history of vaccines and figure out the best way to administer them?

The story of vaccines has historically been a very successful one, and all of the vaccines that are now given, we rarely see these diseases anymore. … measles and polio and whooping cough and diphtheria, etc., etc. And all of these diseases are very well-controlled in this country. HPV is a little different for a couple of reasons. One is that there are many different strains of the virus. … around a hundred, and the vaccine prevents against only four of them. Two of those four are responsible for most cases of cervical cancer, but it's not clear whether or not other strains might somehow become more virulent once these strains are controlled. Nobody's really certain, exactly, of what the effect will be. So HPV is a little different in that respect from a disease like measles, where we can predict a little better what the effect on herd immunity will be.

Yeah and there's actually a second vaccine called Cerverix that's made by GlaxoSmithKline that's been licensed abroad but hasn't been licensed here. … probably it will be licensed here eventually, but yeah, both vaccines are being rolled out worldwide, so other countries are grappling with these very debates and the debates probably look very different in the different countries. You know I've talked to a few colleagues in other countries who have sort of anecdotally told me that … in some places, the cost is a big issue, but the sex angle has not even come up, which might suggest that Americans have more sort of culturally conservative attitudes about sex --

It might, I don't know. And in some places they're more worried about the safety than in others. I mean one of the interesting questions is whether and how the vaccine will be used in developing countries. Rates of cervical cancer in women [in industrialized countries] … are actually pretty low. On the other hand, cervical cancer is a big problem in developing countries where they don't have good health care systems and they don't have widespread Pap smears, but of course the problem in … many developing countries is that their national health budgets are very low and they may not be able to afford a vaccine, which is by a good margin … the most expensive vaccine for routine use that's on the market. So as is often the case, the places that actually need this vaccine the most will be in the worst position to provide it to their population.

Is there a demographic more at risk for HPV infection?

No, it's pretty universal in the population. Basically everyone who is sexually active is going to come in contact with it at some point. Where you do see the disparities demographically is in terms of cervical cancer, which is disproportionately burdened in poor women and African-American and Latina women. And that is probably a function of less access to health care, because cervical cancer is very preventable in its early stages.

There's the suggestion that if a vaccine could prevent prostate cancer, say, women would be forced to get it.

A lot of feminists argued correctly, I think, that the concerns about this were sexist. … I talked to somebody who said that she believed that the only reason states hadn't mandated this immediately across the board was because it was given to girls only, and she said, you know, if we had a vaccine against prostate cancer, there's no question in her mind that every state immediately would have mandated this vaccine for boys. ...

This issue of vaccinating one demographic of the population for the benefit of another … is a very challenging one and it does present, I think, an ethical question. Every vaccine does have a small risk of even mild adverse events. Generally these are very mild and even transient, but they do occur. … So you want to really think twice before you go around with a mandatory vaccine campaign of a group to benefit someone else.