With three groups on the rise, Chesterfield County becomes a hip-hop hotbed. 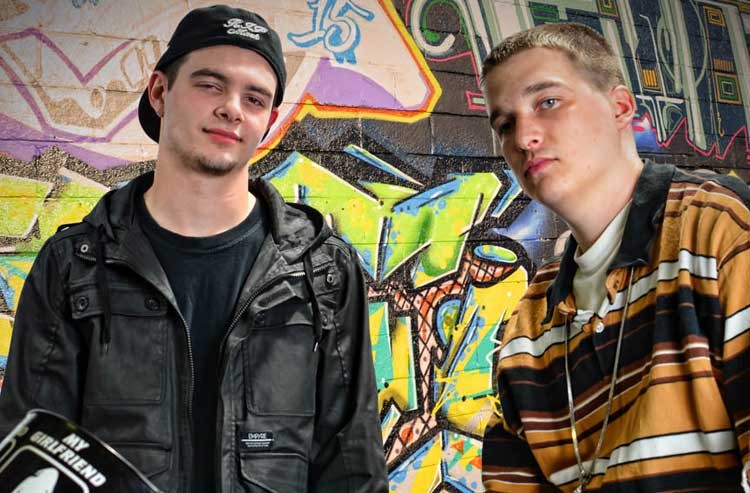 Chesterfield County might evoke thoughts of rolling suburbs and strip-mall developments. But at least one group wants it to be known for something else: hip-hop. For the bands CommonYouth, Embassy and II Shae (think "touché"), dreams of making it big aren't that far away.

Members might live in Chesterfield now, but it wasn't always the case for the hip-hop duo Embassy. Kimsan Yin's parents escaped a Cambodian concentration camp with Kimsan and his brother. Meanwhile, bandmate P.J. "Flip d' Skript" Penaloza was born in the Philippines and grew up in the Bronx. "Born in the jungle, raised in the concrete jungle," Penaloza likes to say.

The duo describes its sound as a mixture of hip-hop, R&B, pop and soul. The two recently performed for P. Diddy and 50 Cent at an industry showcase, and just had their song "Rider Girl" released for digital distribution through Island Def Jam. So far the cut has enjoyed 59,000 downloads. Embassy also was recently filmed for a reality show pilot for Black Entertainment Television called "The Konnected," based on a tour it participated in.

Embassy will be featured on BET's "Wild-Out Wednesday," where it will compete showdown-style against two other acts. And on Valentine's Day the duo's free 18-track mix tape, "V Card," will be released online. "It's just something for our fans until our album comes out," Yin says.

Another Chesterfield hip-hop duo on the rise is II Shae. The group recently had its song "Caught My Eye" featured on the Kardashians' TV show, "Kourtney and Kim Take New York." They've also recorded a cut and released a video with platinum artists Crime Mob.

Members also recently shot a video for the single "Caught My Eye." "We're trying to push it onto BET and MTV," Rod says. "I'm pretty confident it's going to make it on."

Though recently formed, Chesterfield's CommonYouth is working to establish its brand. The group is made up of recent Cosby High School grads Brian DeCosta, Matt Moseley and Tyler Prillaman, all 18.

"Our music is trying to flip the spectrum and make it cool to party in the suburbs," DeCosta says. "We don't rap about anything that's not relevant to our surroundings."

There's an old-school influence in the CommonYouth sound, DeCosta says. The group performed in a competition earlier this month in Charlotte, N.C. "We didn't win, but there was a lot that came out of it," DeCosta says. The group released its single "Presidential Oath" on YouTube in late January, and had 4,300 views in the first three days. Earlier this month it released a free nine-track mix tape titled "SideTracked."

"Growing up in Chesterfield has made it OK to thrive on being from the suburbs," DeCosta says. "It's the people we appeal to." S