The highest-ranking member of Mayor Levar Stoney’s administration, while working for the previous mayor, agreed to $166,000 in questionable severances to four departing officials, the city attorney says.

As chief administrative officer, Selena Cuffee-Glenn can negotiate “amicable departure agreements” with employees “when such is determined to be in the best interest of the City,” lawyer Allen Jackson writes in an email, citing a 1993 ordinance.

The move puts her in a unique position, having authorized a payment under her previous boss that her new boss has criticized. 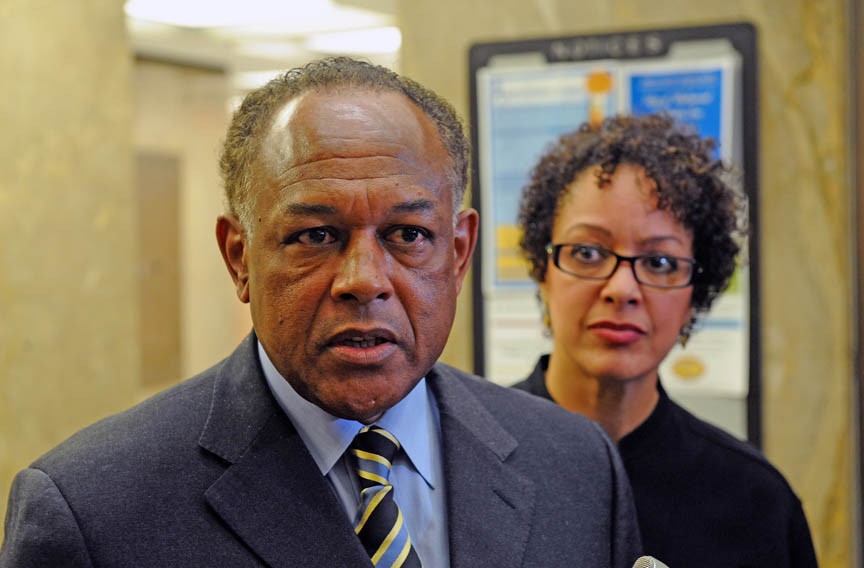 In early December, Stoney announced that he would keep Cuffee-Glenn in that position — while she was serving under Jones. But it’s unclear when the severances to the outgoing officials were negotiated.

The Richmond Times-Dispatch broke news of the deal Jan. 5, raising questions about the legality of giving severances to employees who expected to leave their positions when a new administration arrived.

Former Mayor L. Douglas Wilder told the Times-Dispatch he would never authorize such payments. A spokesman for Stoney said the deal was “unfortunate,” and that the expense would reduce his budget for new staff.

Cuffee-Glenn referred requests for comment to Stoney’s office, which said it would review rules governing severance and any amendments made by City Council.

The city’s chief executive officer has power to hire and fire, while the mayor is there to govern, says Paul Goldman, a lawyer who helped draft the city charter’s strong-mayor form of government: “We wanted to separate the politics from the governing.”

The city attorney says severance is based on length of service, monthly salary and the discretion of the chief administrative officer, citing a 2004 ordinance.

Severance is prohibited when the person leaves “by forfeiture,” Goldman notes. “They weren’t terminated,” he says “The mayor was going out of office. … Everybody knows their jobs are going to end with the new mayor.”

Members of City Council expressed concern about the severances last week, in addition to the $1.9 million in bonuses given to city workers in December.

“At some future date we’re going to bring forward a motion to have these payments adjusted down so they’re not these huge amounts of payouts when people leave,” Councilwoman Kim Gray said.

The first payments on the severances went out Friday.

Stoney’s camp said it wouldn’t interfere, based on legal advice. But Goldman has waged a campaign to stop the payments. “If they’re not legally entitled,” he says, “how can anybody complain if they don’t get it?”